Parts of the original Hayward Field get a second life

University of Oregon's Hayward Field has a rich history. Now, some of that history is being preserved in some very unique ways. 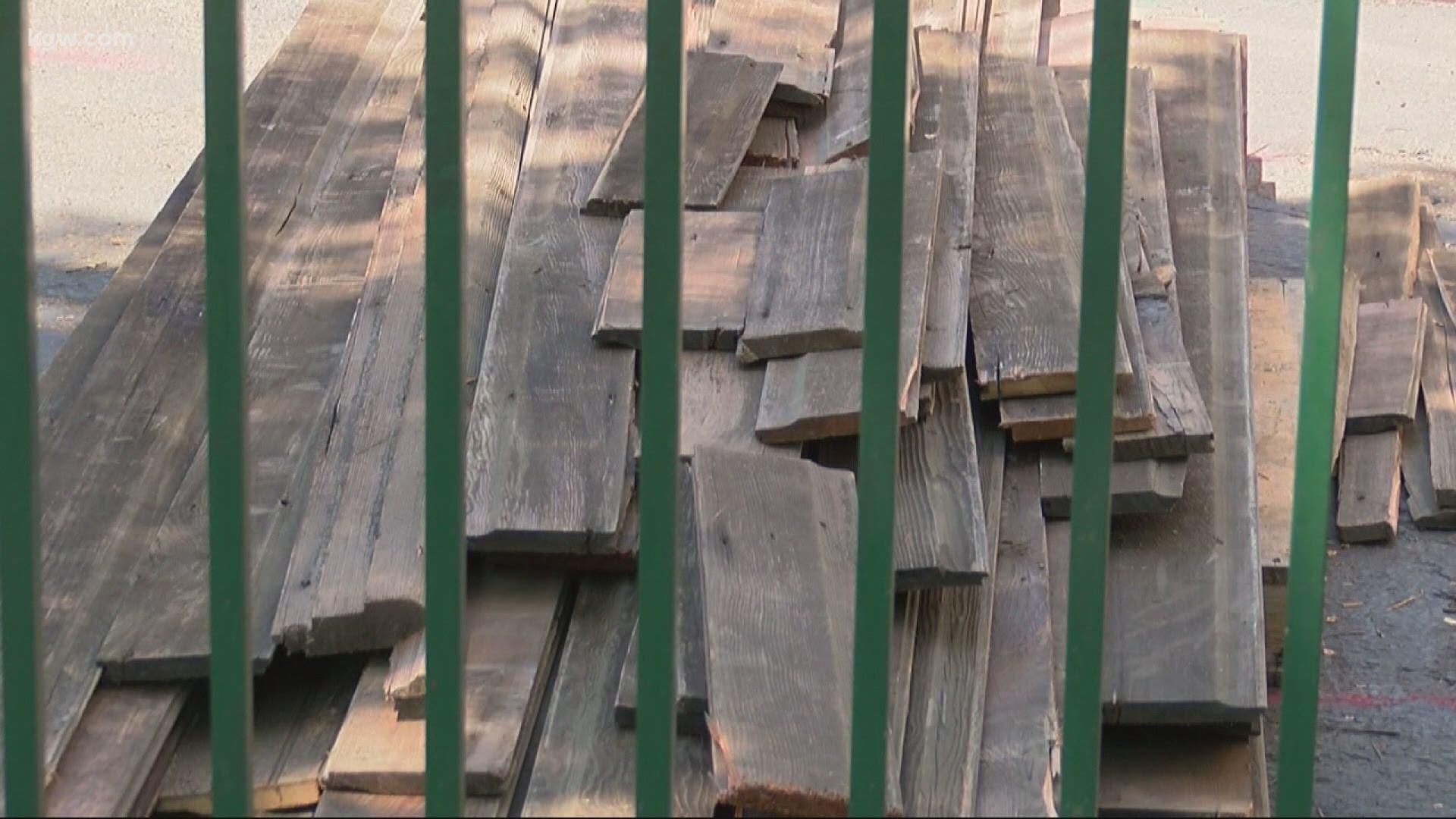 EUGENE, Ore — Fans will tell you, the energy at Hayward Field at the University of Oregon (UO) is like no other. It was what seemed to fuel legendary distance runner Steve Prefontaine.

So when the historic stadium went through its recent renovation, the university wanted to preserve as much of that energy and history as possible.

"Hayward Field is magical, it's really the heart and soul of track and field in the United States," said Carlyn Schreck, University of Oregon assistant vice president of presidential initiatives.

What could be re-used was. And much of what couldn't was not just recycled but up-cycled.

"We knew that continuing to share the story and the history of what has taken place in that hallowed ground was super important," said Schreck.

The beams from the historic east grandstand made out of 100-year-old Douglas Fir will be re-purposed into a display in downtown Eugene.

Some of the other salvaged wood will return, briefly, to the stadium.

Tracktown USA plans to inlay pieces of the wood into medals for top finishers at the U.S. Olympic Trials, slated for June.

The stair boards will be used to create benches, even the original seats from the President's box will live to be used again.

"When we saw the opportunity to get these we thought it would be a great fit," said Eugene Airport acting assistant director Andrew Martz.

The Eugene Airport with help from the Oregon Track Club has plans to build a hands-on display near its baggage claim to highlight the history of Hayward and let visitors feel its greatness.

"We're going to have planks that the athletes actually stepped on with their spikes so people can feel those," said Martz. "We'll have some of the seats from the President's boxes."

So even though the old has been replaced with some pretty spectacular new, the story of the original stadium will stand strong.

"Hayward Field is so special not just to the university but to so many people in our community, around the country, and around the world," said Schreck. "We wanted as much of it to live on as possible."