Apartments and vehicles were hit by gunfire, but nobody was hurt. 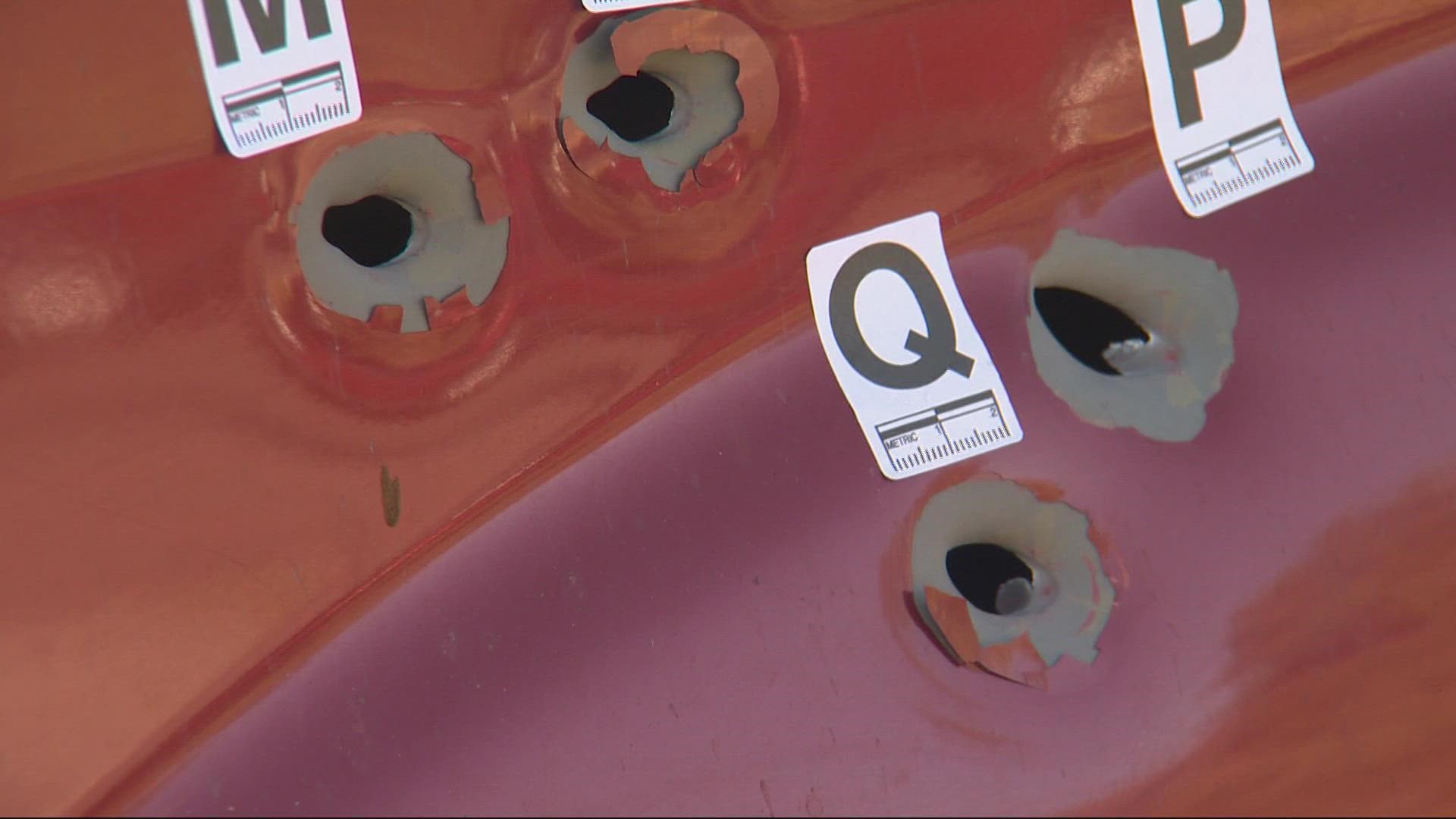 PORTLAND, Ore. — A home security camera captured the moment bullets flew through a Parkrose neighborhood. People who live there are so terrified not one of them wanted to show their face on camera.

The woman and her family woke up to the gunfire early Sunday morning. Their apartment near Northeast 95th and Prescott was hit by dozens of bullets.

Credit: Mike Benner, KGW staff
A woman points to the damage to her apartment.

"It just sounded like it was never going to end," she said. "Fifteen seconds turned into what felt like an eternity."

A man across the courtyard echoes that sentiment. His apartment was not hit, but his SUV was. Several other vehicles were hit, too.

"We're just regular people and we have multiple cars showing up and trying to shoot at us," the man said. "What did we do?"

This man was not hurt, nor any of his neighbors, which detectives are calling a miracle. Officers recovered more than 100 shell casings at the scene in different calibers.

"Whether it's the most we've had is beside the point," Lt. Greg Pashley said. "One hundred plus, 50 plus, really any number is unacceptable."

"It's taken its toll and people don't feel safe playing in front of their house, walking in their neighborhoods," Lt. Pashley said.

Nobody in this Parkrose neighborhood feels safe. Some will tell you this latest spat of gun violence has them considering a move.

RELATED: Police respond to 9 separate shootings in 16 hours across Portland