Parents sat in the Sears Outlet parking lot in Northeast Portland Friday afternoon waiting for their students to appear after a gun scare at Parkrose High School. 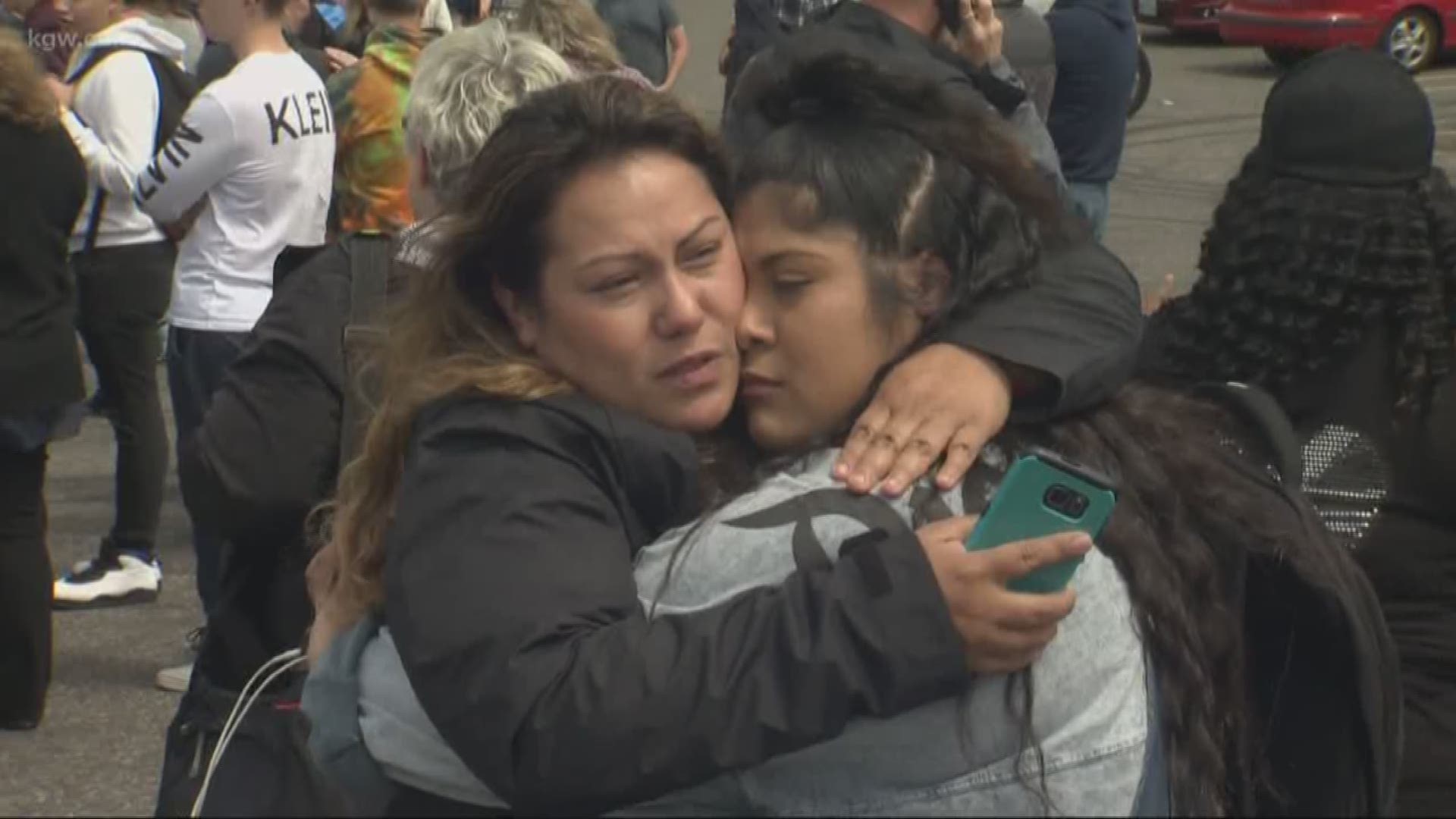 PORTLAND, Ore. — Parents emotionally reunited with their children after a student armed with a shotgun entered Parkrose High School.

Just before noon on Friday, police responded to a call of an armed person near Parkrose High School. Police later confirmed the armed person was a student. A parent told The Oregonian students reported the suspect intended to use the gun to harm himself.

The student was tackled and wrestled to the ground by Parkrose football coach, and former Oregon Ducks wide receiver Keanon Lowe, who has since been hailed as hero whose courageous act saved lives.

Although no one was hurt, the situation was terrifying for both students and parents.

Parents Shawn and Ceta said that they received a text from their daughter that there may be a shooter and that she loved them.

"That was the worst feeling ever in the world," said one parent. "I'm probably going to cry. I called in sick to work, so did he because we just want to stay home with our kids tonight. Hold them and be happy they're still here," said Ceta.

Watch: Mother says her teen ran from Parkrose High after 'she saw the butt of the gun'

Parkrose High School was placed into lockdown while police methodically searched the buildings.

At a 1:30 p.m. news conference, a Portland police spokesman said the school was clear.

Nearby Parkrose Middle School was placed in lockout as a precaution. That lockout was lifted at 2:30 p.m. The school was released at its normal time.

Students were reunited with their parents at a nearby abandoned Sears outlet store parking lot, located at Northeast Sandy Boulevard and 122nd Avenue. Officers began escorting students to a line of school buses at around 1:15 p.m.