Parents, players and coaches ask for youth sports to restart

A Facebook group called Let Them Play Oregon started last week. It has more than 22,000 members asking the state to allow kids to play sports. 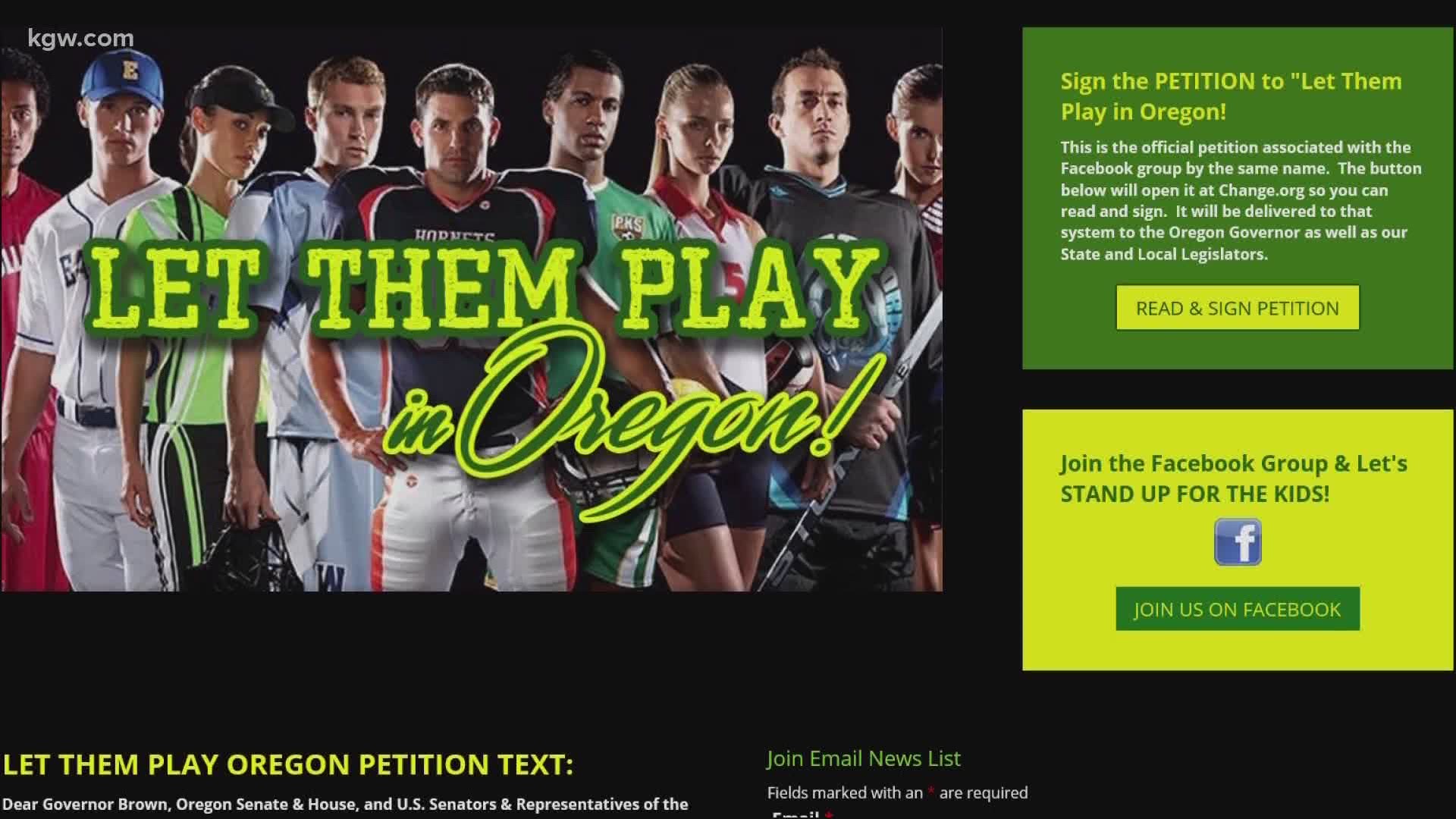 PORTLAND, Oregon — Youth and high school sports have been put on hold because of the pandemic. Now there’s a call from parents and coaches to restart sports.

A Facebook group called Let Them Play Oregon started a week ago. More than 22,000 people have joined so far.  They’ve also started an online petition.

One of the organizers is Jim Bosworth, an assistant football coach at North Medford High School.

“I’m not an expert,” said Bosworth, “I’m just asking the people that make the decisions to make sure they’re considering everything, making sure they’re really weighing all the options because it’s a huge deal.”

With the reopening of Oregon slowed there is uncertainty when youth and high school sports might play again.

“Our main goal, absolute main goal is to provide participation opportunities for kids this fall whatever that looks like. It'd be great if it looked like it did last fall, I think we all probably know that it won't," said Peter Weber the Executive Director of the OSAA.

Parents say it’s been tough dealing with life without sports for their children.

“We can tell from their attitudes and just having nowhere for them to go during the day they're used to going all the time so it's difficult for them to sit around all day with nothing to do.” said Michele Javernick her daughter and son play basketball she’s also part of the Facebook group.

Her kids are slowly getting back to club sports but she has concerns about high school sports in the fall. Now everyone is on hold hoping for the best.