Last week, Dan Beaupain ordered a cellphone charging cable for his wife's car. It was stolen the day it arrived. 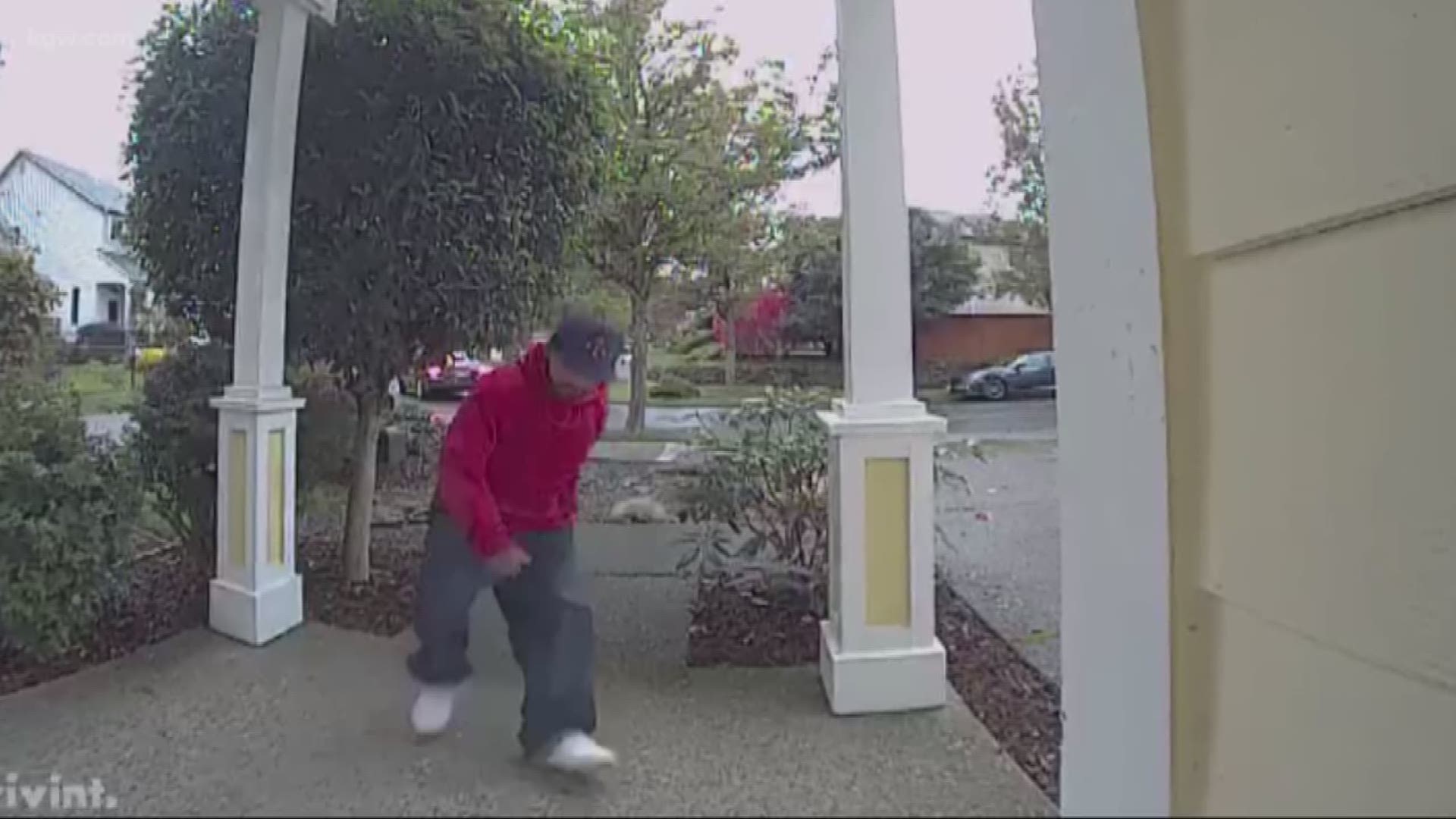 HILLSBORO, Ore — A Hillsboro man is turning the tables on the person who was caught on camera stealing an Amazon package off his front porch.

Dan Beaupain wants you to know that the crook, dressed in a red sweatshirt, baggy pants and a Red Sox hat with a goatee—is a hero.

"Be on the lookout for this courageous hero and give him a pat on the back for me," wrote Beaupain, in a satirical post on Nextdoor.

More on the crook’s ‘hero status’ in a minute. First, some background.

“It was an $8 cable if that tells you anything—it wasn't the nicest one,” said Beaupain, who read several poor reviews of the product after ordering it.

“It was pretty much too late at that point,” he said.

On Oct. 17, Beaupain got a notification from Amazon that the cable had arrived. When he got home, Beaupain went outside to pick up the box.

"I'm like, 'where did it go?'" wondered Beaupain, before reviewing his doorbell camera video.

“I just went through the footage and ended up seeing the guy,” he said.

The video showed the suspect pull up in a gray, mid-2000s Honda Accord with no front license plate. He ran up to the door, grabbed the package and ran back to his car.

“I took it personally,” said Beaupain’s wife, Liz. “I was upset about it.”

Dan Beaupain was frustrated too, but said he was more upset that his wife was upset by the theft.

Instead, Beaupain posted a notice on Nextdoor with the heading, “Do you recognize this hero?”

“Somehow this good Samaritan—dare I say hero—knew of my future dissatisfaction of this product and took it before I could even open it,” wrote Beaupain. “Majestically and heroically, he galloped to my door and courageously swooped up the poorly-rated charging cable.”

“The first time I read it honestly, I had tears to my eyes,” Liz Beaupain said. “I was laughing so hard.”

She loved it so much Liz shared Dan's post on Facebook, which has since been shared and commented on, several times.

“It's nice my husband can bring me back down to Earth about something so small,” she said. “He's like you know, you shouldn't waste your energy on something that's so little… there's so many other things to be grateful for.”

“We were lucky that it was something that was really cheap,” added Beaupain.

Which brings us back to the “hero,” and the reward Dan Beaupain believes he truly deserves.

“For him to get caught or for people to recognize him so he's embarrassed by what he did,” he said. “Just catch him before he does more.”

The Beaupains reported the theft to police. Anyone with information on the crook is asked to call the Hillsboro Police Department.

MORE: How to customize the alerts and stories you get from the new KGW app