Robert Campbell says he's hiked long trails before but the fast-changing weather is what made things difficult. 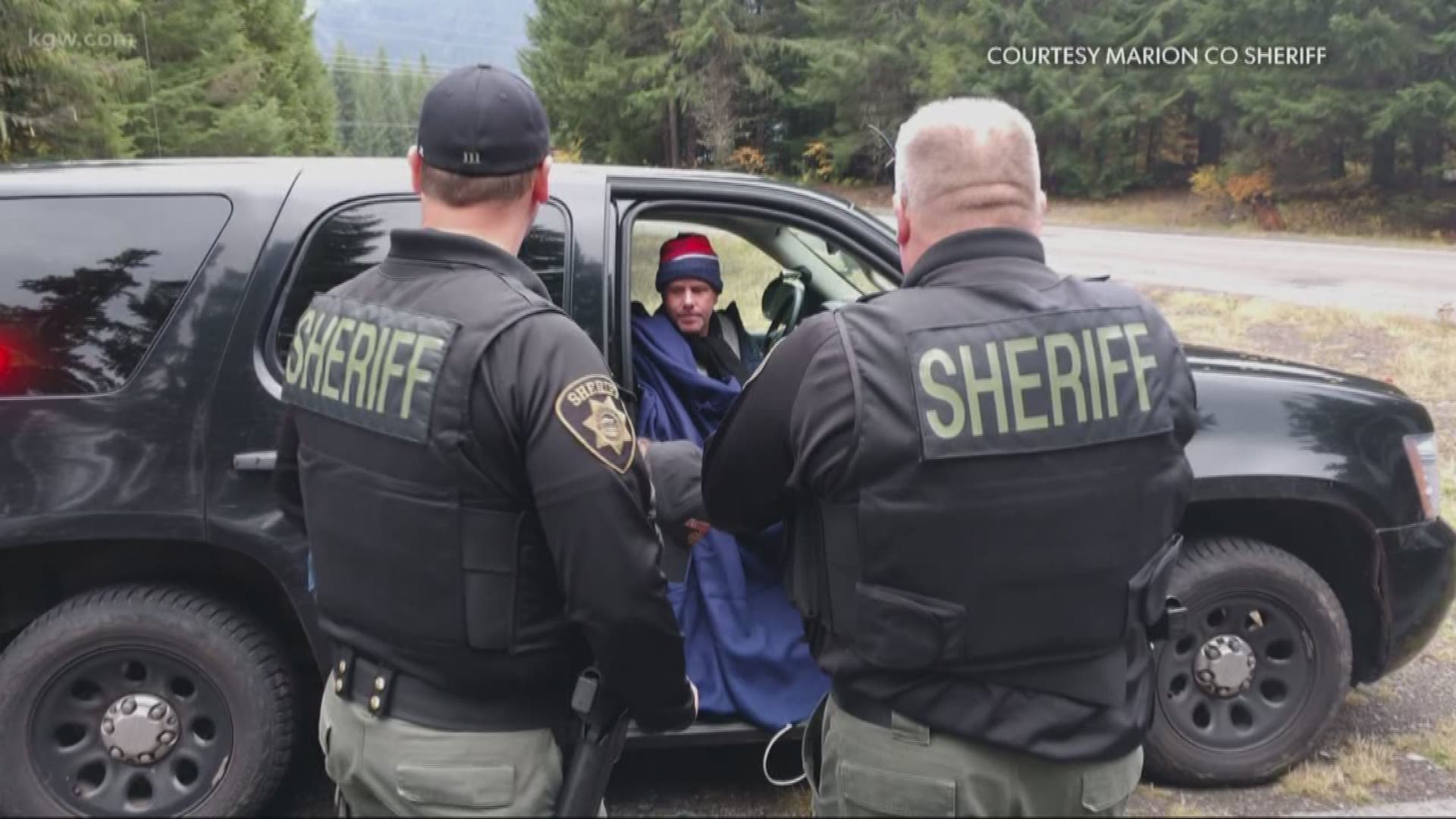 DETROIT, Ore. — A hiker making his way along the Pacific Crest Trail found himself in a scary situation without food and wearing wet clothes in freezing temperatures.

Take one look at Robert Campbell's Instagram page and it's obvious – he loves the outdoors.

“I came out in May and started at the Mexican border in Campo.”

Campbell, who's from Georgia, said he’s hiked the Appalachian Trail before. When he got back from that trip, he decided to tackle the Pacific Crest Trail or PCT all the way to Canada.

“It's 2,600 miles from the Mexican border to the Canadian border.”

But things took a turn this past week. Last Sunday afternoon he left Sisters, Oregon.

“I looked at the weather forecast, and they didn't call for rain or snow until this weekend starting Friday so I was like, ‘Okay no prob I can do 40 miles in 3 days.’”

But sure enough, by Monday in the Mt. Hood National Forest it started raining hard.

“Everything I had was soaked,” Campbell said.

Tuesday and Wednesday were worse. Campbell had to deal with wind and snow along with his stuff that was already soaking wet and he'd also run out of food. Fortunately, he was at least able to drink water using his water bottle that was equipped with a filtration device.

“You just don't know is this it, if I do go to sleep am I going to wake up and those thoughts are just flooding through your mind.”

Campbell said he couldn’t sleep because the whole night he was shivering uncontrollably.

He says the whiteout conditions threw off his GPS. “I got lost.  I figured out I was 7 miles into the wilderness at 6,800 feet.”

By Thursday, Campbell was hungry, tired, and he knew he needed help. He was able to get a call out to 911. “The call got dropped though like right after I gave them my name so I’m like you're on your own Rob.”

By Friday morning, he had made it to a campground. He hunkered down, shivering in a bathroom. “Not to be overly dramatic but I know I wouldn’t have survived if I [had to stay in] a tent again.”

But then, he heard the search and rescue crew. “They were coming back around and they saw my footprints in the snow."

He says searchers had pinged his cell phone and were looking all over the area. Now, he's recovering at a motel in Detroit. Letting his stuff dry out.

“I just thank god. Somebody was definitely looking out for me.”

Because he’s hiked long trails before, he said he was prepared but the fast-changing weather is what made things difficult.

He plans to recover for the next couple days but says despite what happened he intends to try to complete his journey to Canada before Thanksgiving.