Ducks and Beavers face each other on the day after Thanksgiving. 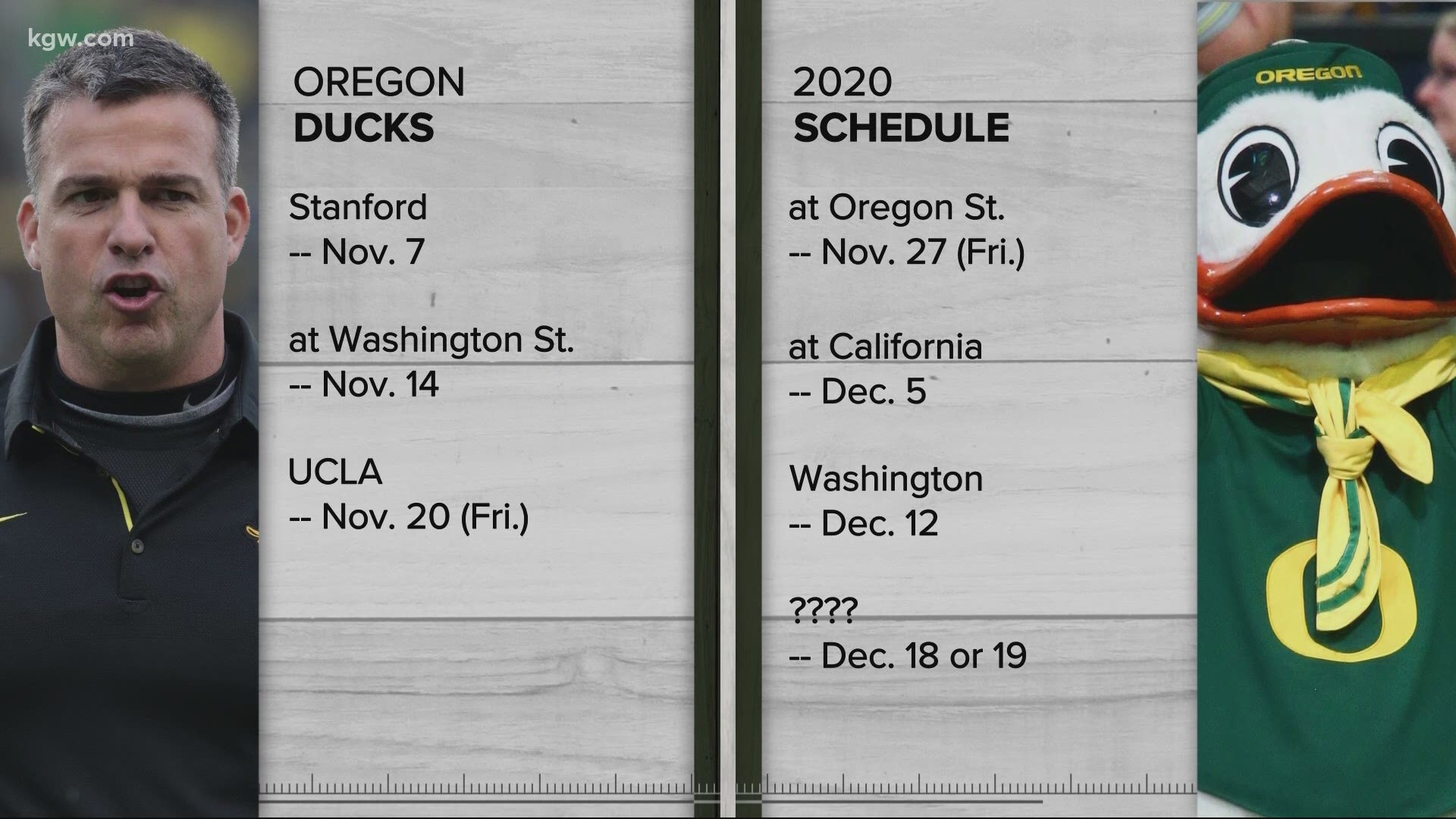 It's one of the most anticipated schedule releases in a long time. The Pac-12 conference has gone from no football in 2020 to game on.

Pac-12 football is back and teams know what's ahead as they prepare for an unprecedented season.

Every team in the conference kicks off on Nov. 7 and scheduled to play seven games:  Five versus divisional opponents, one crossover game against a team from the other division and the final game is to be determined based on which teams advance to the Pac-12 championship game on Dec. 18. That's two days before the College Football Playoff is announced.

Fans are currently not allowed to attend any of these games on Pac-12 campuses.

The defending conference champions, and the no. 14 ranked, Oregon Ducks open the season Nov. 7 against Stanford at Autzen Stadium. Oregon's crossover game with the South Division is against Chip Kelly and UCLA on Friday, November 20. They'll wrap up week six against Washington in Eugene.

Game times will be announced at a later date.

The Pac-12 schedule was revealed on ESPN's College Gameday and Oregon head coach Mario Cristobal was a guest on the show.

"Let's play ball. It's about time, right? My guys are ready to roll. We've been at it. We've been watching everyone else play ball, now it's our turn," said Cristobal. "Let's put the ball on the tee and kick it off."

The 124th rivalry game between the Oregon Ducks and Oregon State Beavers is Friday, November 27 in Corvallis.

The Beavers opener is November 7 at Reser Stadium against Washington State. Then they'll visit the Washington Huskies the following week. OSU will be tested in their crossover game against Utah. This is Oregon State's first trip to Salt Lake City since 2015.

The day after Thanksgiving will feature multiple rivalry games. Not only do the Ducks and Beavers face each other that Friday, but so do Arizona and Arizona State, as well as Washington and Washington State in the Apple Cup.

Training camp will start at the end of the first week in October, giving teams four weeks to get ready for kickoff.