The lawsuit is in response to how the city enforces laws involving old brick or stone buildings that could crumble during an earthquake. 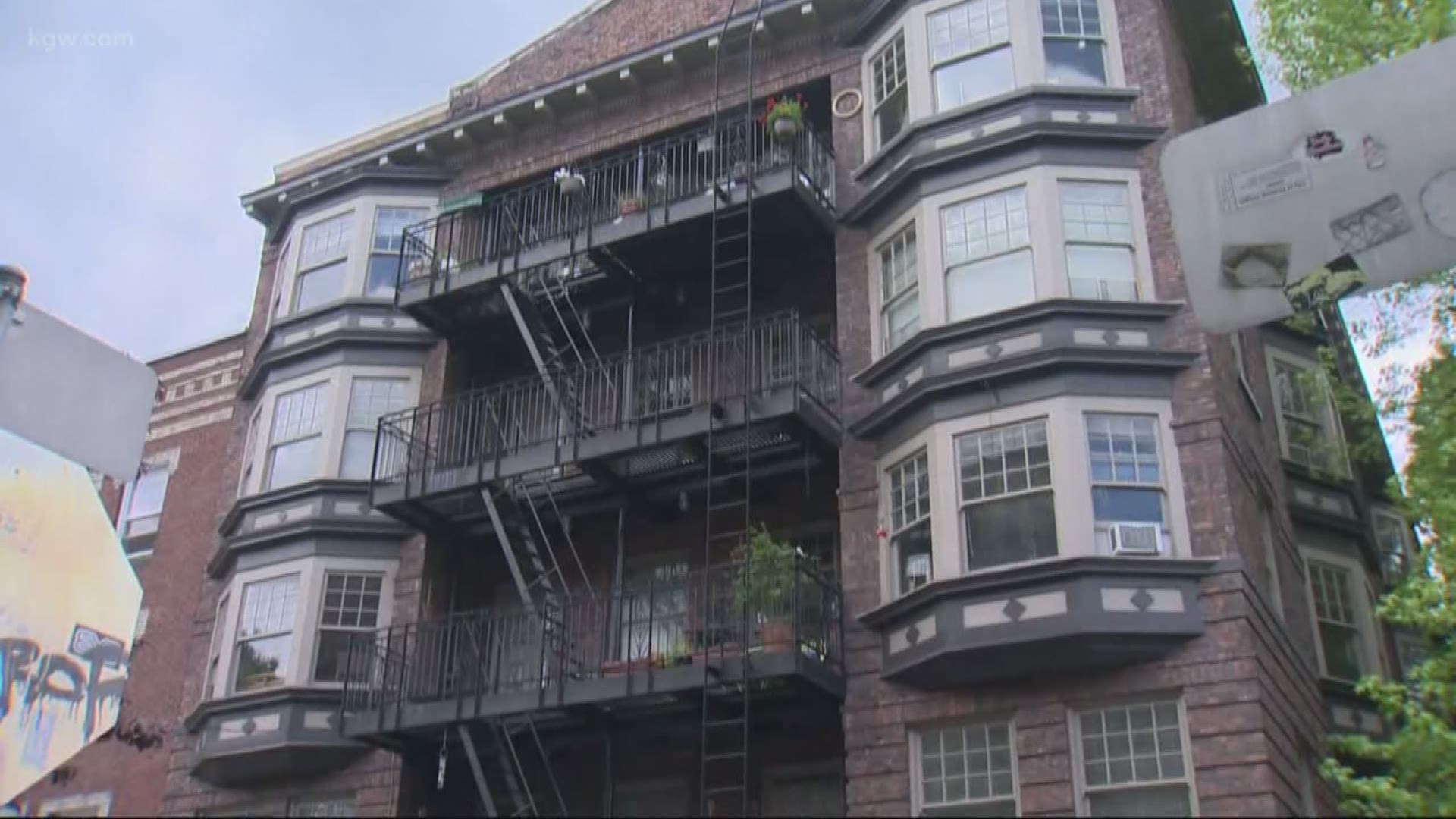 Portland Mayor Ted Wheeler and City Commissioner Dan Saltzman are facing a lawsuit over how the city enforces laws involving old brick or stone buildings that could crumble during an earthquake.

Building owners with the Masonry Building Owners of Oregon say the laws will do more harm than good. They've got a number of concerns with the city's ordinance targeting unreinforced masonry. Among them, that newly retrofitted buildings will lose their character, that it'll put "Mom-and-Pop" shops in a tough financial spot, and mostly, they say, what the city is requiring is unconstitutional.

The goal of the lawsuit is to get a federal injunction and stop the city from enforcing the ordinance.

“I think what the city has failed to consider is the negative impact that something like this is going to have on all the residents who are housed in the unreinforced masonry buildings around town,” said Kathy Rogers.

She and her husband own an apartment building in Portland. She and others who are a part of the Masonry Building Owners of Oregon, who own old brick or stone buildings in the city, say one of the many issues with the ordinance is one regarding a placard they’d have to place on their buildings.

DiLorenzo said the requirement that a placard be placed on the building, is a violation of the First Amendment.

A second provision requires owners to make written statements to the same effect to all existing tenants. A third provision instructs owners that they must include similar language in every lease, and DiLorenzo said a fourth provision involves a contract between the building owner and the city that’s recorded on the building title, saying the placards must be kept up until a complete retrofit is done.

Building owners said all that required retrofitting will be expensive.

Jim Atwood has lived in Portland since 1947. He loves old buildings and sees value in keeping them around. Back in 1977, he went as far as purchasing the old Glade Hotel in Portland. He said the city assessed how much it would cost him to retrofit the building in 2015 and found it would be $907,000. He said that wouldn’t be the whole price tag.

For Rogers, the cost would be even greater.

“The cost is pretty astrological in our case. The cost would be $1.5 million, total $3 million.”

She said that kind of cost would put building owners in a bind, and they would have to pick between demolishing the building or selling it to a developer who might turn the building into more expensive condos.

Cost aside, Rogers says she's worried about her tenants.

“In order to remove the placard, the city is requiring a full seismic upgrade which requires us displacing all of our tenants,” said Rogers. “So all of the tenants who live in our building would lose their home.”

She said if the city wants a more immediate, and less costly change, the city could require an automatic gas shutoff valve be installed in buildings.

“If their goal is really safety, a simple $400 item, which is an automatic gas shutoff valve, on every building in town that has gas to it would do far more for public safety than this ordinance is doing.”

KGW has reached out to the mayor's office. A spokesperson said they can't comment on pending litigation.

We also reached out to Commissioner Dan Saltzman’s office, which released this statement: