Portland Police Association President Daryl Turner said he was outraged by the article and said it was written with "overt racism and bias." 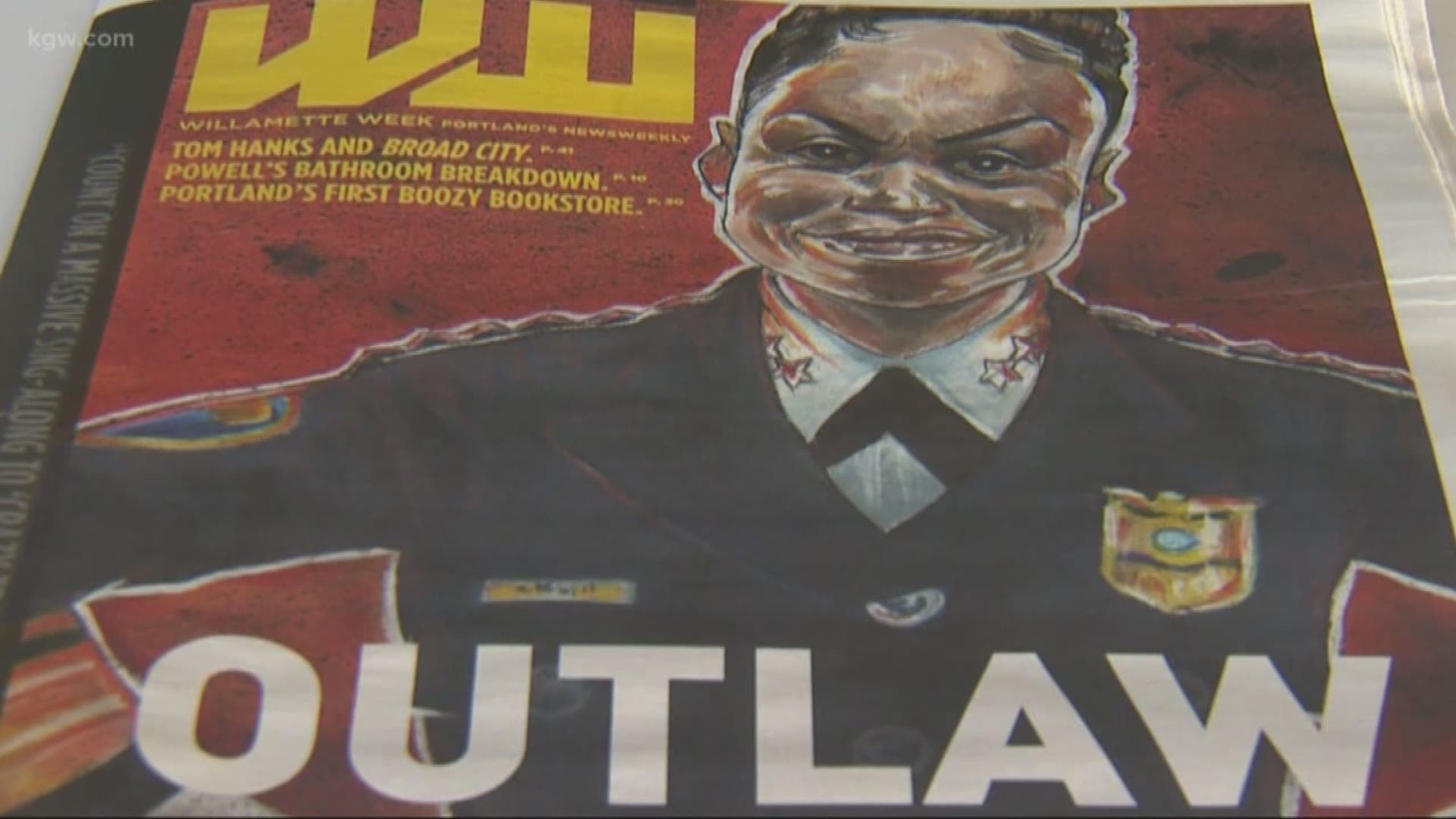 “It is scribbled, it is childish, it is in the same motif as historically racist characterizations of African-American women all the way back to Jim Crow,” Portland Mayor Ted Wheeler said in a one-on-one interview.

Wheeler spoke to KGW after a tweet calling out Willamette Week. He showed two covers side by side. He claims the one on the left it is a flattering photo of an alt-right icon, and the other a grotesque drawing of the police chief, a nod to Jim Crow era caricatures.

On the left, an icon of the alt-right, humanized. On the right, a caricature of our Police Chief, harkening back to the Jim Crow era.

Both from the same publication.

“One of a white guy who is a champion of the alt right. He’s depicted as looking strong, confident, the lighting is good, and it is a very positive depiction. Right next to it we have the caricature of Chief Outlaw," Wheeler said.

Wheeler says he doesn't know what Willamette Week intended to accomplish with the image, but he thinks the historic significance should be pointed out.

Wheeler says Chief Outlaw feels the same way as he does about the image. She was unavailable for comment.

In a letter to Willamette Week's editor, Mark Zusman, Portland Police Association President Daryl Turner said he was outraged by the article and it was written with "overt racism and bias."

The letter was posted on the police union's Facebook page.

KGW reached out to Willamette Week for comment. In an email Friday morning, Zusman wrote that Willamette Week will respond to the issue of the cover illustration in next week's paper. He also said that the reporter who wrote the story, Katie Shepherd, had reached out to Turner three times during her reporting, but he refused to speak with her.