'You couldn't do any worse to a winery': Outdoor tastings resume after wineries lose millions during COVID-19 freeze

Local wineries' biggest sales period of the year aligned with the governor's two-week freeze on outdoor dining, resulting in a major financial hit. 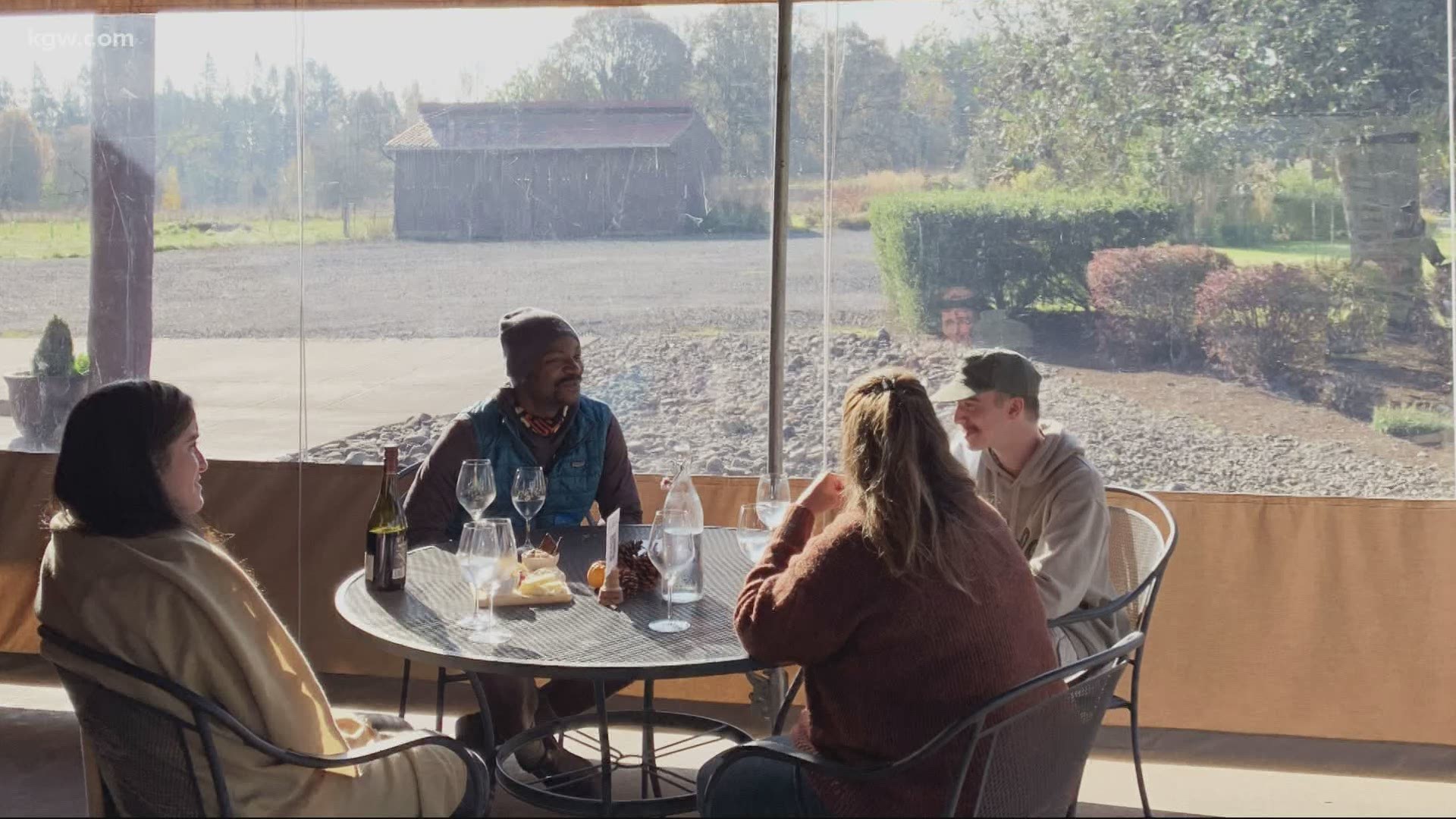 PORTLAND, Oregon — On Thursday, Oregon wineries were allowed to resume outdoor tastings, but only after missing their two biggest weeks of the year.

“This was the 37th annual Wine Country Thanksgiving,” said Michelle Kaufmann, communications director for Stoller Family Estate in Dayton. “It is our biggest weekend of the year.”

That critical two-week period aligned with Governor Kate Brown's two-week COVID-19 freeze, during which no wineries or restaurants were allowed to serve customers other than with take-out orders.

“You just couldn't do any worse to a winery,” said Corby Stonebraker-Soles co-owner of Roco Winery in Newberg.

Leading up to Thanksgiving, Roco's tasting room and many others invested in heaters and increased safety measures for their outdoor spaces.

“Then without any warning at all, we were shut down,” said Stonebraker-Soles. “People lost, in just those two weeks, a quarter-million to half-a-million dollars; a lot of different wineries just saw that slip away.”

Kaufmann said Stoller has tried to recover some of their lost sales with take-home tasting kits which ship for $30.

“Over that Thanksgiving holiday, we actually had hundreds of these go out the door for people to send to their loved ones all over the country,” said Kaufmann. “Sending a little bit of Oregon cheer to their friends and family.”

This week, Roco Winery launched a similar Tabletop Virtual Tasting promotion featuring full bottle sales. They hope guests will order the wines for themselves, family or friends then schedule a virtual group tasting via Zoom.

“We can all connect and see each other and do a tasting live where we can talk to somebody,” said Stonebraker-Soles. “They'll answer our questions, they'll throw up pictures of their vineyard and give you tasting notes.”

Many comfortable with on-site outdoor tastings enjoyed them again on Thursday. Bradley Bauer made reservations (which are required) at Stoller.

“I've definitely been looking forward to it for the last while!” said Bauer. “It's been exciting to come back out again and see other businesses open up again because it's hard.”

It likely won't get easier anytime soon but Kaufmann is counting her blessings.

“We're so thankful that we're open right now in whatever capacity that we can be,” she said.