The Echo Mountain Complex Fire has destroyed at least 100 homes or buildings and 2,552 acres. 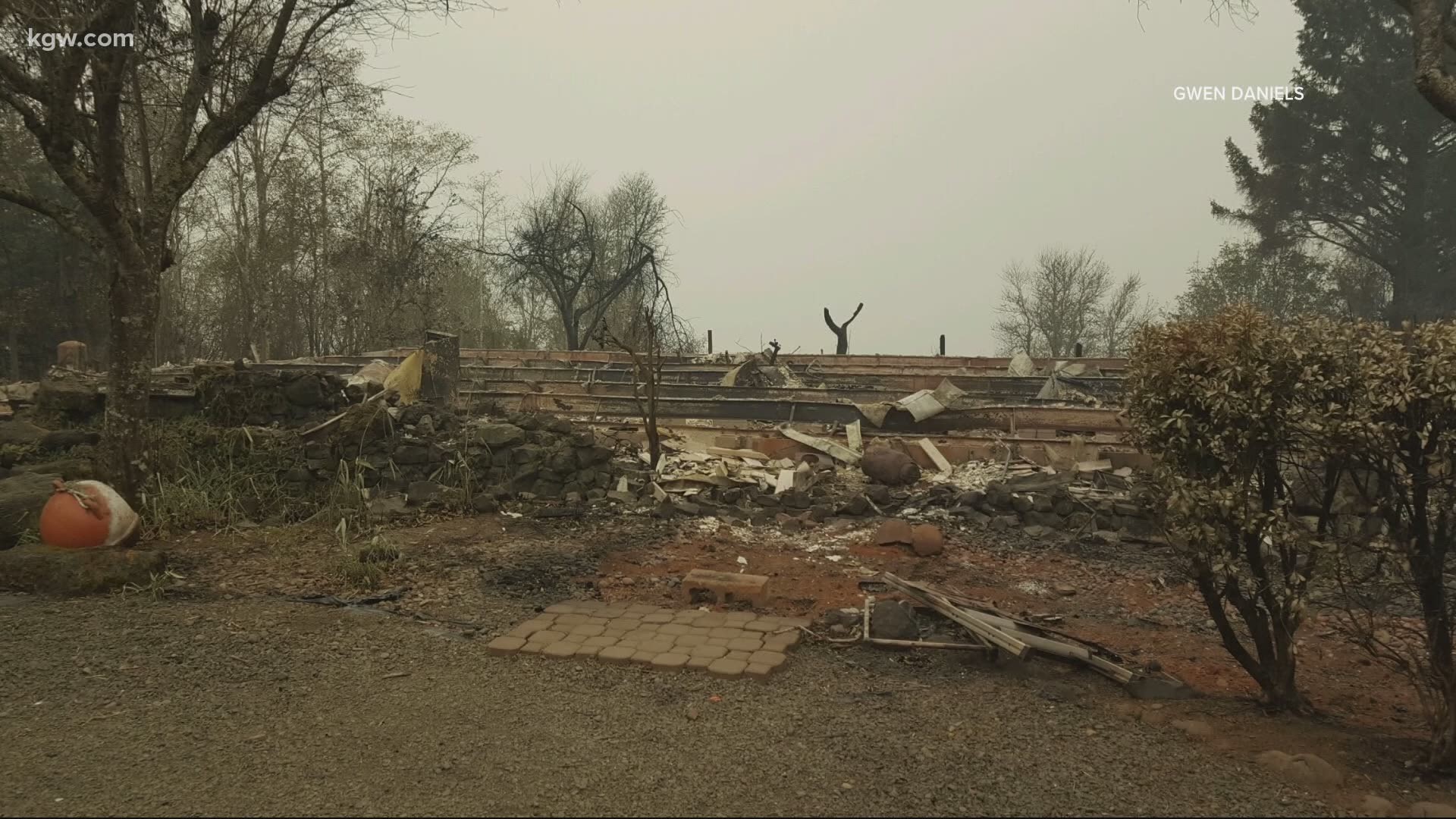 "It burned so hot, you can't even tell I had a pellet stove," Gwen said on Monday afternoon. "Everything's melted to the ground."

On September 7 just before midnight, Gwen's husband Robert woke up and noticed embers flying by his bathroom window. He and Gwen quickly ran out grabbing what they could.

They ran to their neighbor's house.

"Barely got the neighbor out before his house went up," Gwen said. "Barely made it off the backside of the mountain before the barn starting going up."

The Daniels ran down Forest Service roads and back trails towards the small lakeside community of Neotsu trying to get to safety.

"It's pretty crazy when something like that happens and the way adrenaline kicks in and you just push to survive," Gwen said.

The winds were howling that night and all around them they heard Mother Nature.

"Our biggest concern was it was blowing 60 plus miles an hour up there and you could hear the trees exploding," Robert said. "Trees were coming down all around us."

The Daniels managed to escape the fire, but had to leave everything behind, including three of their horses and their cats.

Firefighters were able to rescue the horses and bring them back down to safety.

A week after the fire started, on Monday morning, Gwen and Robert were escorted back to their property by fire officials to get a look at what was left of their home they had only bought three years ago.

"There's nothing salvageable," Robert said. "Nothing. Everything's gone. It's a complete loss."

Robert and Gwen Daniels had just moved into their Otis area home 3 years ago. This is a before and after.

A week after the fire, they found their cat Ford alive in their barn that was still standing and full of hay. 4 other cats of theirs are still missing pic.twitter.com/wpLxNQq9IW

Not all was lost in the fire. Still standing was a barn full of hay and one of their five cats, named Ford, crying for help.

"That's how he's been since we put him in there," Gwen says as she opened up her truck door showing Ford meowing in his cage. "He's all upset and went through a lot."

The Daniels are still missing four other cats, and all they can do now is sit and wait until the fire is out to start cleaning up a fire-ravaged property and start all over again.

"We can't do anything until we can get up there and start cleanup," Gwen said. "We're just kind of in limbo, listening, waiting day-to-day to get a call that we can return to our community, our neighborhood and everybody can start picking up the pieces."

As of September 15, fire crews were able to get a fire line 100% around the perimeter. The Echo Mountain Complex Fire was 33% contained and has burned 2,552 acres.

This story will not be updated