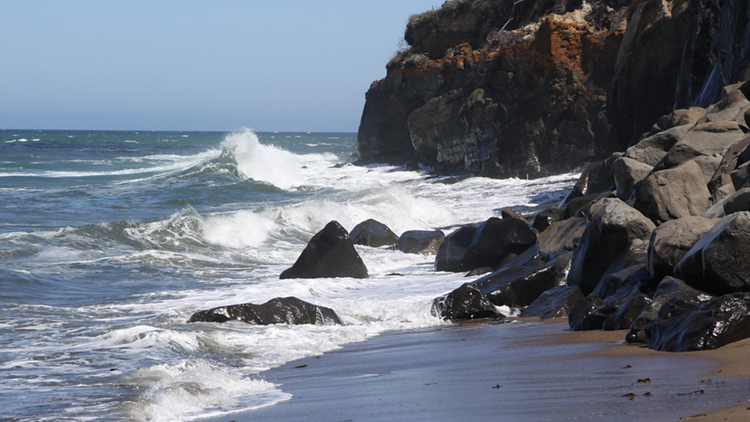 The article by OSU professor Jane Lubchenco and her collaborators aims to connect the dots between two new international reports. One highlights the impact of climate change on the ocean, the other an analysis of ocean-related solutions to climate change.

The key takeaway of the reports and the paper, Lubchenco says, is that we can now think of the ocean as a source of solutions, not just a victim of climate change. She says, the ocean has been bearing the brunt of climate change to date, but untapped ocean-related approaches to fighting climate change could play a large role in capping climate change at 1.5 degrees Celsius above pre-Industrial Age levels as called for in the 2016 Paris Agreement.

“The IPCC Special Report on the Ocean and Cryosphere paints a gloomy picture of the impacts of climate change on the ocean, ocean ecosystems and people, and an even more dismal portrayal of what is in store unless we get serious about reducing greenhouse gas emissions rapidly,” said Lubchenco, a marine ecologist in the OSU College of Science. “But the new analysis conducted for the High Level Panel for a Sustainable Ocean Economy concludes that ocean-based activities have significant potential to help us actually reach the 1.5-degree Celsius target by 2050 – much greater potential than anyone realized.”

Lubchenco was not directly involved in writing the IPCC Special Report on the Ocean and Cryosphere in a Changing Climate. She is, though, among the scheduled speakers today in New York at a press briefing, an event being called “Blue Leaders: Call to Action on Ocean and Climate.” Other speakers include heads of state and 16-year-old Swedish activist Greta Thunberg.

Along with its report, the High Level Panel also released a Call to Ocean-Based Climate Action, challenging nations, businesses and society in general to adopt or promote activities that will help achieve the 1.5-degree goal.

“The report from the International Panel on Climate Change basically says, ‘the problem is bad and likely to get much worse unless we act’; the High Level Panel report says, ‘here’s what we can do, it will matter, and take hope,’” Lubchenco said. “Our paper in Science aims to connect the dots between those two.”

The Earth has already warmed by 1 degree Celsius, sea levels have risen more than 8 inches since 1880, Arctic sea ice is declining at the fastest rate in 1,500 years, and extreme weather events are becoming more common and damaging.

The actions the High Level Panel calls for are “ambitious,” Lubchenco said, “but we argue that they are necessary, could pay major dividends toward closing the emissions gap in coming decades, and achieve other co-benefits along the way.”

Lubchenco served as an undersecretary of commerce for oceans and atmosphere within the Obama administration and later as the State Department’s first science envoy for the ocean.

You can read the full article here.