Getting Oregon’s plastic bag ban back on track

State Representative Janeen Sollman says the plastic bag ban is completely off the rails in coastal communities and big box stores like Walmart and Fred Meyer. 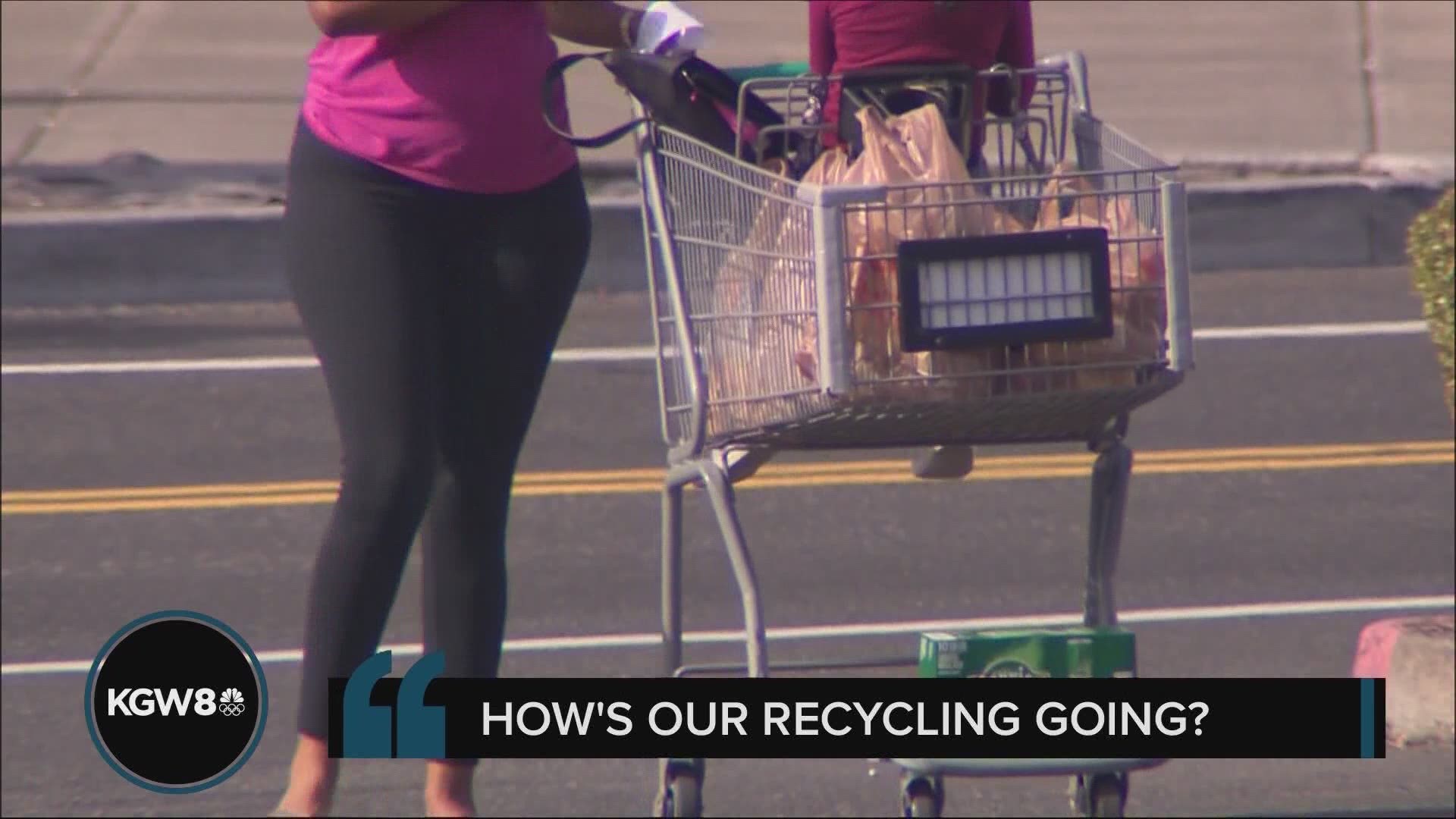 OREGON, USA — Oregon's ban on plastic bags took effect at the start of 2020, it bans the use of single-use plastic bags at stores and requires retailers to charge 5 cents for the use of paper bags.

But during the pandemic, that ban has largely gone out the window. Nate, a The Story with Dan Haggerty viewer asked, "Whatever happened to that plastic bag ban? Ever since last March I've been getting plastic bags everywhere from the grocery store to the gas station."

When the pandemic first started, we didn’t know a lot about how the virus spread. Experts were encouraging people to wipe down groceries or leave them in the garage for a few hours before unloading them. It was around this time that Oregon relaxed its ban on plastic bags.

State Representative Janeen Sollman was one of three people who published an op-ed in The Oregonian in November 2020 calling on Oregon to recommit to the bag ban.

Sollman said the plastic bag ban is completely off the rails in coastal communities and big box stores like Walmart and Fred Meyer.

The state decided to re-start that 5 cent bag fee recently and stores that don't abide by the plastic bag ban, or give away free bags in general, can be reported and face a $250 fine.

One of the biggest hurdles will be re-educating everyone about the rules which will cost time and money.