Oregon's wildfires are waning but California appears that it may remain dry. 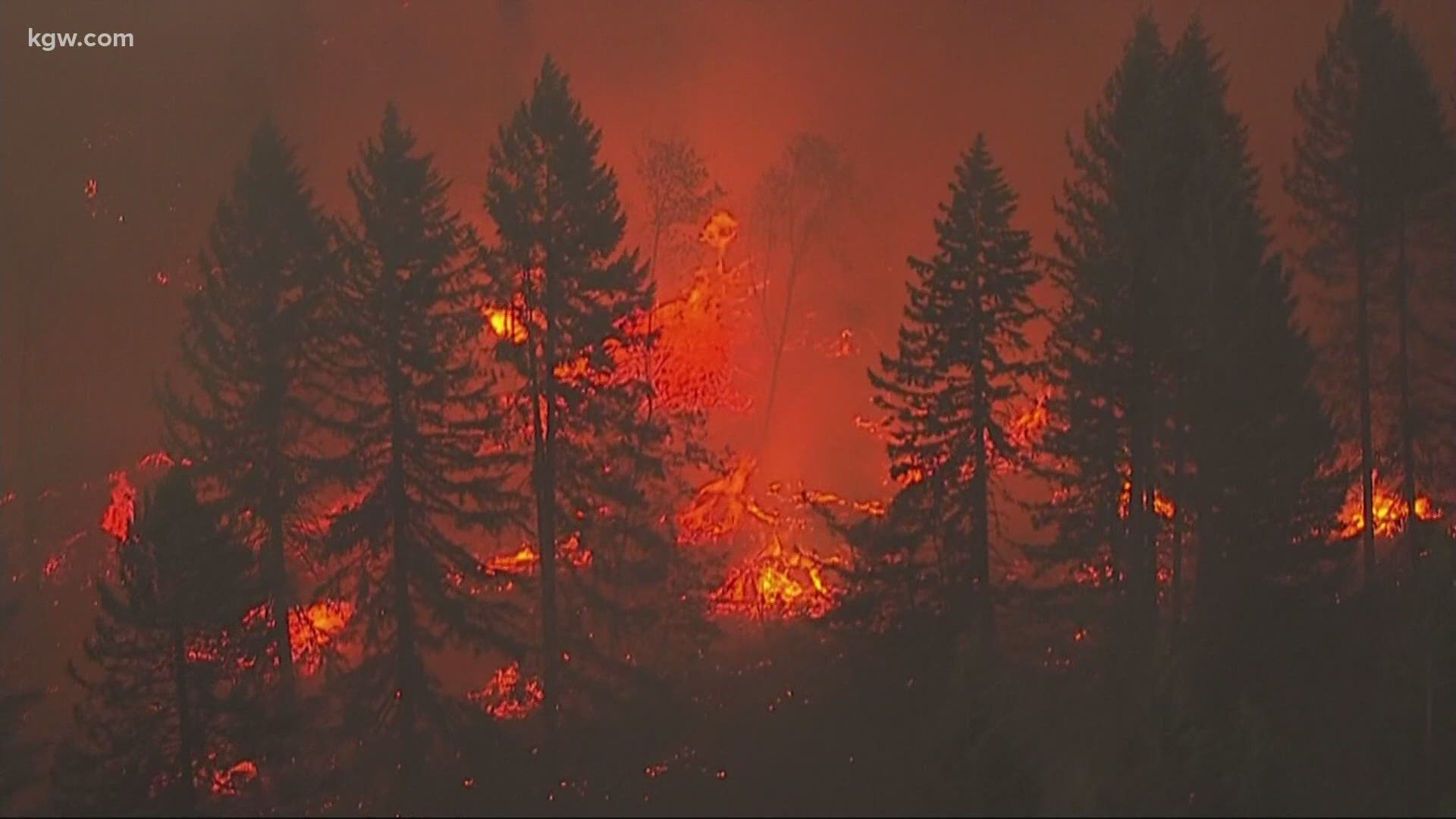 PORTLAND, Ore. — Just about five weeks ago we were under thick black smoke as dozens of wildfires burned out of control across the state of Oregon.

Now that we’re transitioning into more of the rainy season, fire season is quickly winding down according to the Northwest Interagency Coordination Center, and this year’s fire season was a historic one.

More than a million acres hundreds of homes burned to the ground. John Saltenberger is the fire weather program manager with the Northwest Interagency Coordination Center in Portland. He said we were dealing with a quiet fire season until Labor Day weekend.

Saltenberger said a combination of dry fuels, warm weather and high winds started to spread fires across the state. “My heart sank on Monday afternoon on Labor Day when the winds got so strong the trees at my home were bending and the branches were breaking off and the sky filled with smoke,” said Saltenberger.

Over a month later, he says for all practical purposes the fire season is over in the Pacific Northwest but while it might be wrapping up in our area, it’s a different story in California, where they continue to see no chance of rain and more of a warm easterly wind, that will continue to keep things dry down there.

Looking into the later part of this year, it doesn’t appear Mother Nature is going to be kind to a state that has already seen its own historic fire season.

Saltenberger said the oceanic cycle in the Pacific Ocean is already in a La Nina pattern, and when La Ninas occur, typically southern California remains dry.

Though the season is technically coming to a close, thousands of people were impacted and are beginning to rebuild in the areas that burned the worst in Oregon.