The historic, record-setting heat melted snow in the Cascades that washed out a road and called for a campsite evacuation on Sunday. 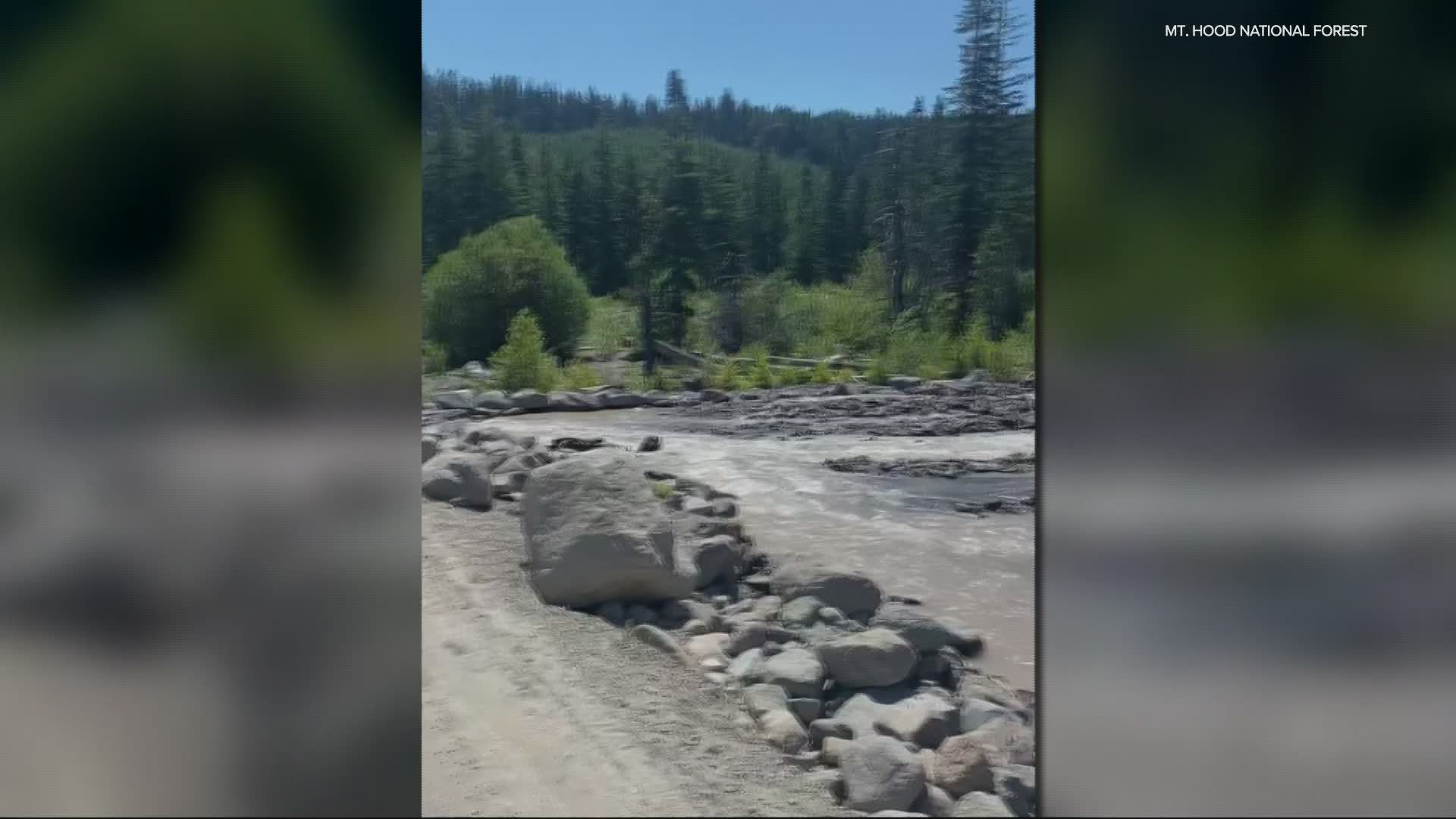 MT HOOD, Ore. — Oregon has seen historic record-breaking heat across the state and the Cascades were not an exception.

The heat melted the snow off the mountain so quickly over the last couple of triple-digit heat days that it flooded a road near Laurance Lake Campground and the trailhead that campers had to be evacuated.

Heather Ibsen with the Mount Hood National Forest said in an email:

Because of the loose soils and seasonal snowmelt, this road can be prone to temporary flooding - usually after high rain events.  In this case, extreme temperatures likely contributed to snowmelt and some point along the creek might have become blocked and the water diverted, making its own course across the road.  (We’ll know more and will develop a repair plan once engineering is able to do an assessment this week.)

She said this area is known for seeing this road wash away. It happened earlier this winter too.

“A culvert upstream was blocked by boulders and other glazier debris and the river was looking for a way down, made its own way across the road,” Ibsen said.

However, snowmelt in the area can be gradual. The past weekend, due to the intense heat, it happened quickly and washed the road out, causing the need for evacuation.

"Mount Hood, as an active volcano, still has a lot of geology going on," said Isben. "There's a lot of sediment and debris and it slowly comes down the mountain and that can and worsen after rain events or snowmelt."

Nobody was injured in the evacuation but the campsite is closed until further notice.