'The eyes of the nation are on Oregon now': Drug decriminalization law takes effect

Oregon is the first state in the country to decriminalize possession of small amounts of hard drugs. Supporters hope it will help violators focus on recovery. 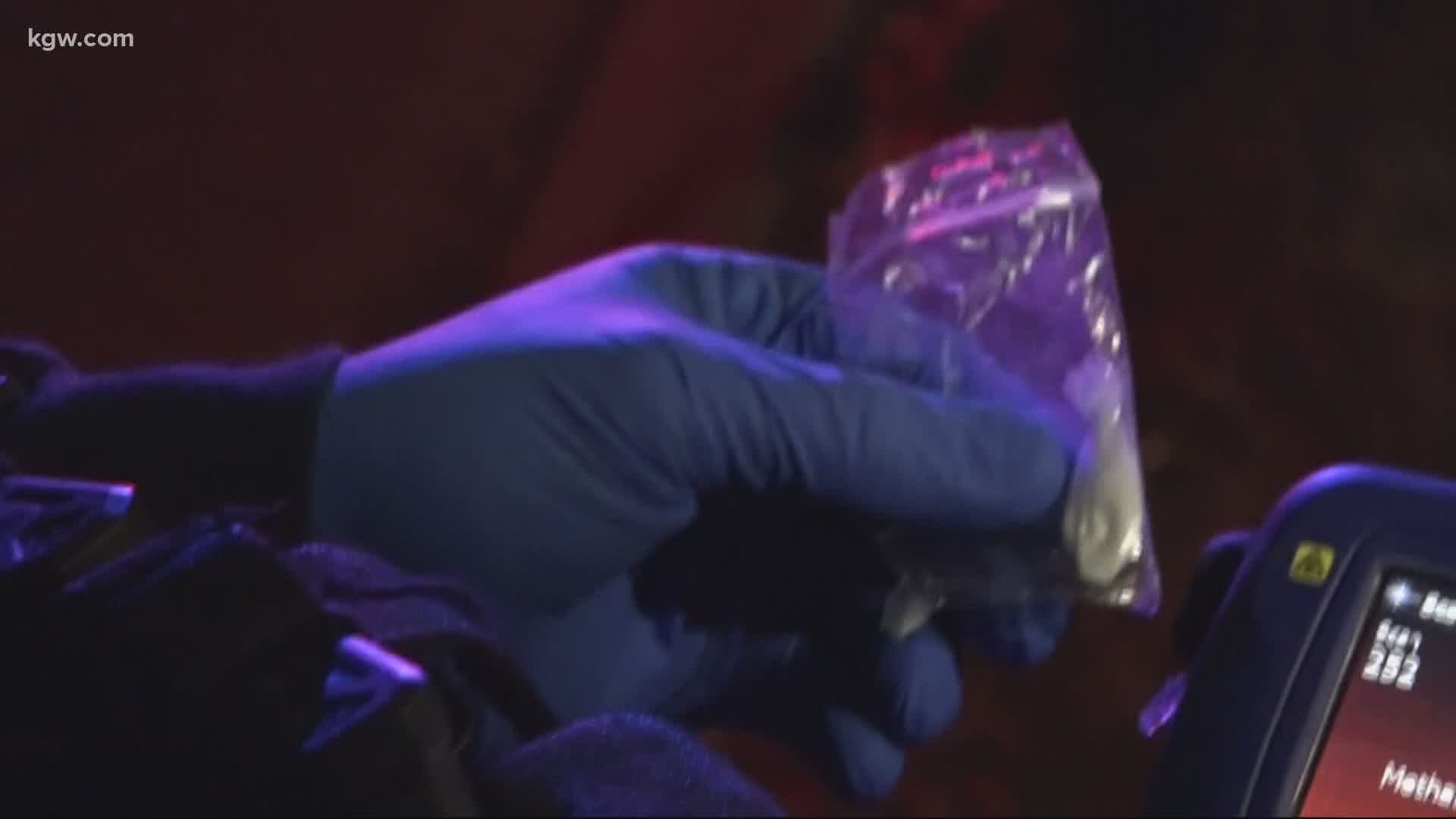 PORTLAND, Ore. — Starting Monday, having small amounts of hard drugs won't get a person arrested in Oregon. The state's new drug decriminalization law is now in effect—the first of its kind in the country.

Supporters hope it will give people struggling with addiction the incentive they need to get help.

“For me, I was part of that cycle of incarceration; jail, jail, jail and then prison,” said Janie Gullickson, executive director of the Mental Health & Addiction Association of Oregon.

Twelve years ago, Gullickson got out of that cycle and onto a new path, one of recovery from a years-long battle with alcohol and drug addiction. But how she got the chance to do that always seemed a little off, to her.

“It wasn't jail or prison that changed my life or got me into recovery," said Gullickson. "It was the treatment that was provided for me, which wasn't offered to me until I was in prison. If that was out in the community and that was the standard response, I think we would see a lot more people accessing that treatment, not having to go the criminal justice pathway.”

That concept will be tested in Oregon. Born from Ballot Measure 110, the law turns possessing small amounts of street drugs into a violation, like a traffic ticket. The law defines small as this way:

One goal behind the new law is prioritizing drug treatment over punishment. If caught with larger amounts of illegal drugs—for heroin that’s up to 3 grams, and for meth and cocaine up to 8 grams—the consequence is no longer a felony and potential prison sentence. Rather, it’s a misdemeanor and a $100 fine. As an incentive to seek treatment, violators could avoid that fine by agreeing to a health assessment.

As part of the new law, The Oregon Health Authority is providing new resources and treatment options, funded in part by the state’s cannabis tax revenue.

“It's a historic day,” said Gullickson. “The eyes of the nation are on Oregon right now.”

Gullickson, who was also co-chief petitioner of Measure 110, hopes the new law works on a broad scale. She's confident the added support and reduced criminal stigma will change many lives still stuck in the cycle she once was in.

“They have a community that rallies around them and says, ‘We're going to fight this with you,’” said Gullickson. “They have hope.”