A number of residents who've moved out of state claim it's been hard to find their belongings once they were hauled away. 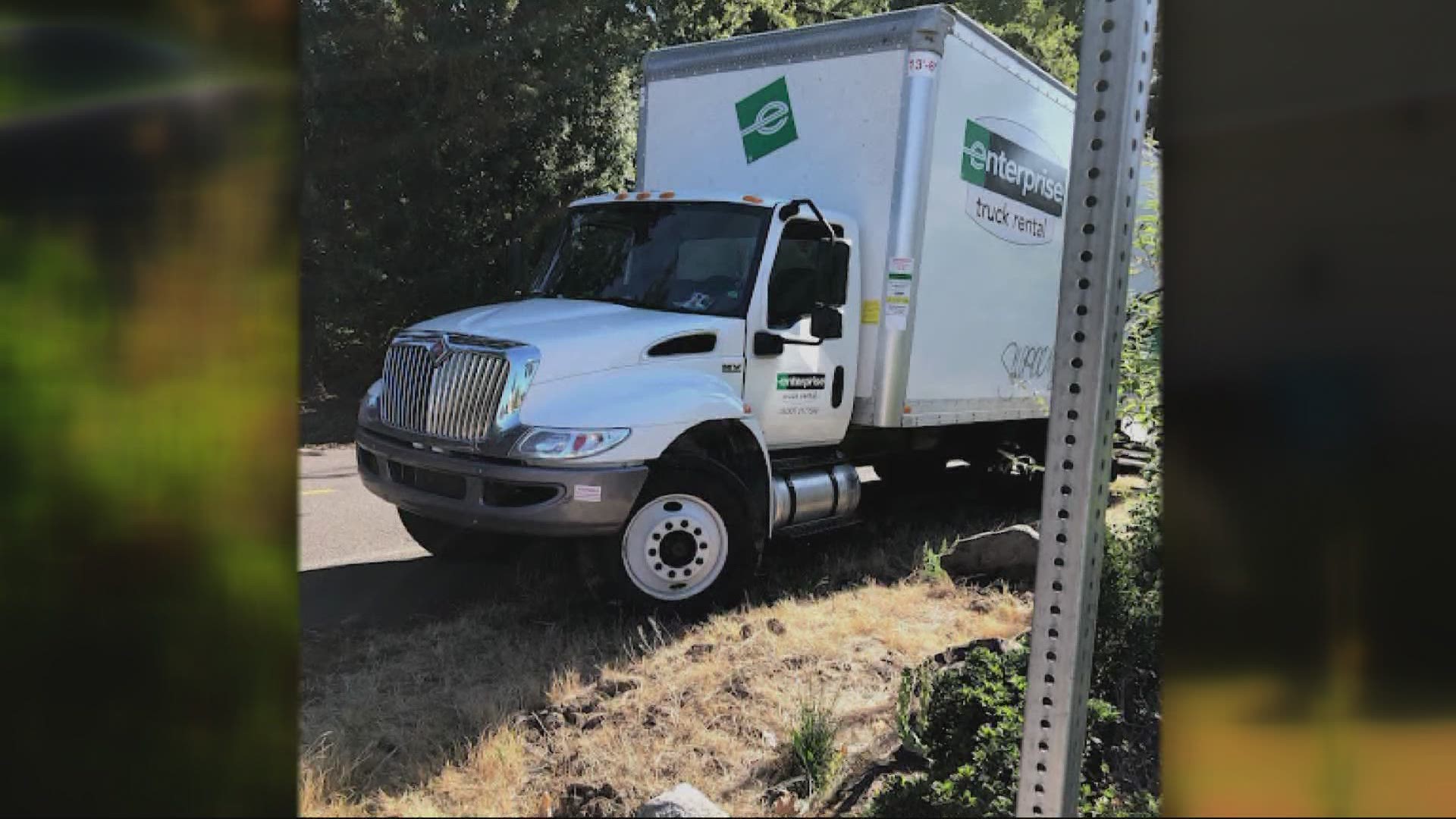 PORTLAND, Ore. — The Young family’s move from the Corvallis area to Weatherford, Texas would be beyond stressful for most families, but the Youngs have done this sort of thing before. They have a good system.

“We pack our boxes and we have them well-organized and labeled, and this did not go as planned,” Kate Young said.

Young said the movers were scheduled to show up to her Monroe, Oregon home on April 28, but they showed up a day late. The crew was in a rented Penske truck. According to Young, the crew demanded more money than was originally agreed upon. They loaded up the family's belongings and promised to deliver it to Texas by May 12.

RELATED: Customers frustrated with moving company that has yet to deliver belongings

Young said days turned into weeks. She and her husband feared the worst. They got to work. With the help of law enforcement and Penske, they were able to track their stuff to a storage facility in Vancouver, Wash. The discovery came more than two months after the truck should have arrived in Texas.

“What's most frustrating is that we had to be incredibly tenacious to locate our belongings,” Young said. “I've spent hundreds of hours trying to find our stuff.”

Christina Lion knows exactly what Young is going through. She hired movers in early July to move her mom from Hillsboro to Texas. Her mom's things still have not arrived and they have no idea where it is.

The same can be said for Mallory O’Donnell. She moved from Portland to Rhode Island in early June. She is still waiting for her things to be delivered. She would also like an idea as to where her stuff is.

RELATED: Couple raises thousands of dollars after getting sued over one-star reviews

“I get frustrated and my partner's things were in there as well and I feel awful her stuff was in there,” O’Donnell said.

Roseann Freitas of the Better Business Bureau (BBB) said these kinds of stories about people not knowing where their things were hauled away are "unfortunately not uncommon."

Freitas said the BBB receives an average of 13,000 complaints and negative reviews about movers each year. She said to avoid rogue movers, people can do a number of things:

Freitas said people should also vet the company by visiting the BBB website or Google.

“Type in the company's name,” Freitas said. “Put review, complaints, scams behind it and if there are things associated with that, it'll pop up in the Google search. And if you put in a company name and nothing pops up, that's probably a red flag too.”

Young says there were plenty of red flags she should have paid closer attention to. She will next time. For now she is just relieved she found her family's belongings. Now they are working to get their things to Texas. They will, of course, do it themselves.

“It has been incredibly frustrating,” Young said. “It's really indescribable.”