The video begins in the middle of the argument, which the woman said started because her aunt “parked crooked.” 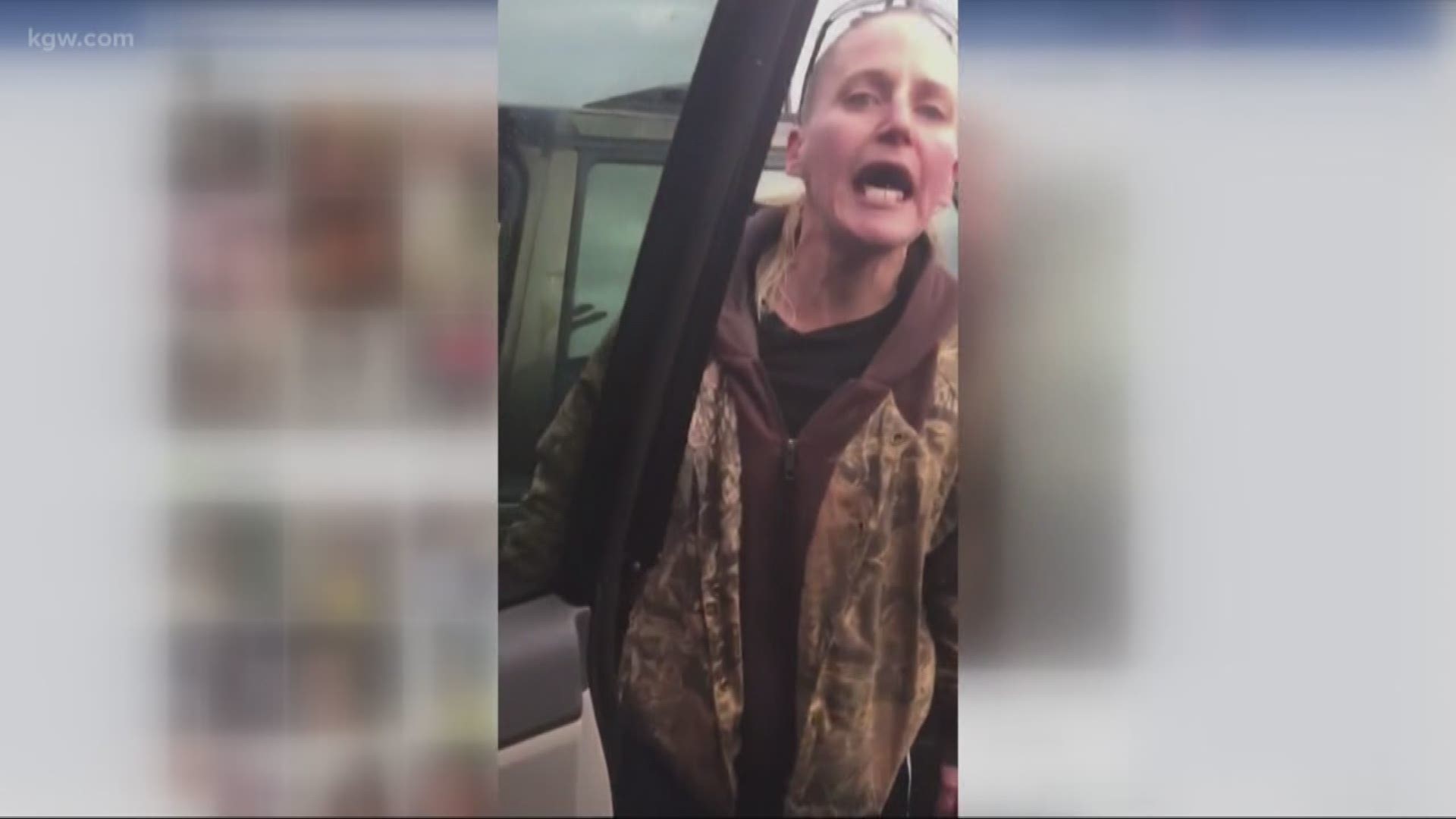 A woman shown in a video wielding a knife and calling a black woman the n-word during a racist tirade at a McMinnville parking lot was arrested on Friday, police said.

Amber Rocco, 39, of Willamina, was taken to the Yamhill County Jail. Rocco was booked on 10 charges including intimidation, unlawful use of a weapon, menacing and harassment charges, according to police.

She appeared in court on Dec. 31 when she said, "I do deeply regret all of my actions that led to these charges." 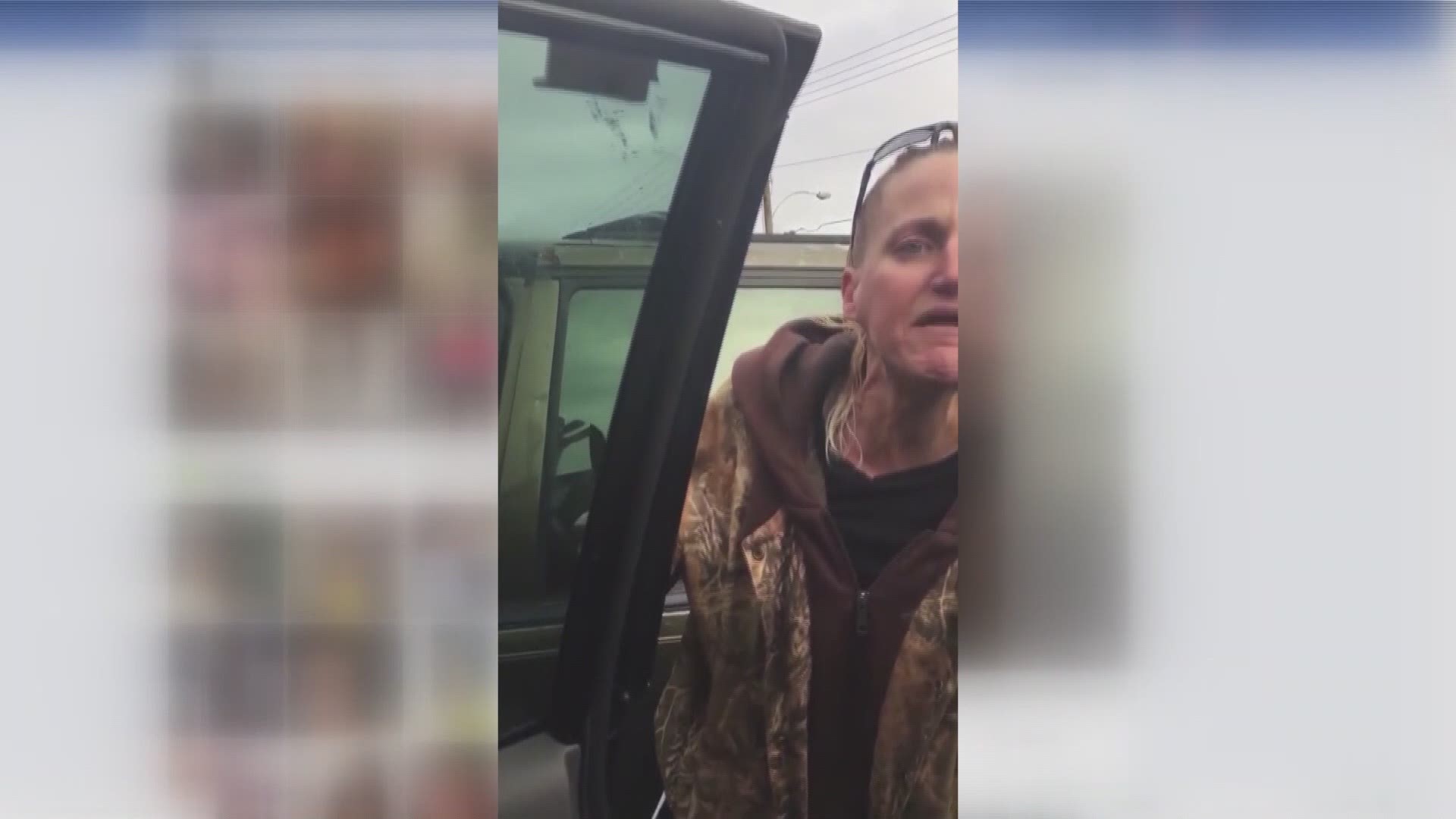 Emora Roberson posted the video on Facebook on Christmas Eve. The video has been shared more than 10,000 times, and her story was first reported by The Oregonian.

Roberson told KGW the dispute began because her aunt "parked crooked" at a strip mall on Highway 99W. Roberson said she was with her boyfriend, aunt and 15-month-old daughter, who was in the backseat.

"My daughter was asleep, and she woke up crying to some lady screaming at us," Roberson said.

The video starts in the middle of the argument. At the beginning of the video, the woman is clutching a knife.

“No, I’m not trying to stab nobody. It’s called self-defense,” the woman yells at Roberson before using the racial slur.

Roberson said the woman spit on her boyfriend and slapped him before she began recording. She said her boyfriend was warning the woman about her behavior when she pulled out the knife.

"We didn't do anything to her," Roberson said. "She just lashed out at us, so this could happen to anybody else."

After using the racial slur, the woman slams a door on Roberson’s vehicle. Roberson said the door was slammed on her foot.

The video continues for 30 more seconds with Roberson and her boyfriend talking in their vehicle as they wait for the woman to leave. The woman shouts another racial slur as the video comes to an end.

"The McMinnville Police Department takes all crimes seriously and particularly any crime that appears to have racial tones as this one does," Cpt. Rhonda Jaasko said in a press release.

Anyone with information about the incident is asked to email Officer Harmon at Rob.harmon@mcminnvilleoregon.gov.