Suzanne Brean says service dogs have saved her life, more than once. So, she turned her passion for these animals into a career and a mission to help others. 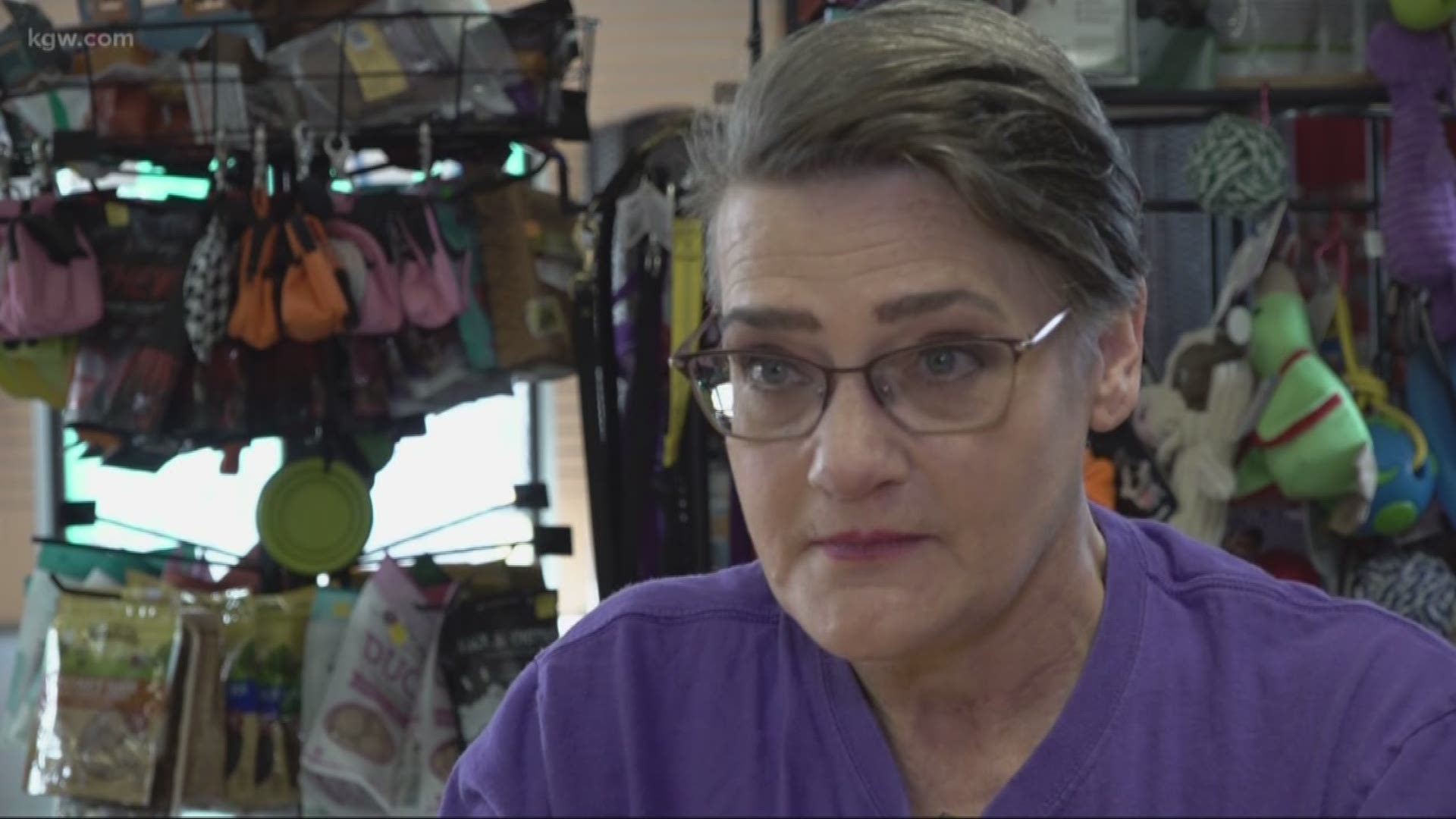 LEBANON, Ore — Service animals can mean the difference between a life of independence and one shuttered away from the world. That is something Suzanne Brean knows first-hand.

A survivor of sexual assault, Brean suffers from PTSD and started working with service dogs to help control and alert her to the side effects. Then, the need for a service dog by her side grew after a stroke brought on seizures in the early 2000s.

Her first service dog, Wyatt, saved her life more than once, she said. He was able to sense a seizure was coming on before Brean herself even knew it.

“He knew exactly what to do,” she said.

The first time Wyatt came to her rescue, Brean was in Washington, D.C. for a conference. Before a seizure hit, Wyatt got her to a safe place. He then held her upright during the seizure. Once she came to, she knew she needed to get back to her hotel room. However, she couldn't remember the room number. Wyatt was still able to direct her there.

“[Wyatt] got in the correct elevator, got off on the correct floor, and drug them through the maze of hallways and stopped at our door to our hotel room,” she said. “And he had only been out of the hotel room twice.”

Wyatt has since passed.

Right now, she is working with a nearly 2-year-old standard poodle named General Patton. He is being trained to become a service dog for those with invisible disabilities.

Through her own experiences Brean has seen how crucial it is for those with invisible disabilities to have a service dog. But she noticed a barrier in the training process: the price.

“It's astronomical,” she said.

“I realized that 90 percent of the people in this area can't afford to do that. So, I started Dogs for Invisible Disabilities and it took off,” she said.

She's set up shop at My Little Dog Training Academy and Daycare in Lebanon, offering rates as low at $2,000. She trains dogs alongside their new owners.

“We have people that have never left their house or haven't left their house in years and having a dog gives them the ability to leave. They can now go to stores. They're now comfortable enough to travel,” she said.

Brean’s mission is not just to help people in her community get dogs with proper training, but also to educate the public that these dogs are really a medical tool for their owners.

“They're ours. If it was a wheelchair you wouldn't come up and start petting someone's wheelchair. They're a piece of medical equipment,” she said.

At home, dogs like General Patton get all the love and pets they want. However, when they’re out in public alongside their owner, they’re at work. That is why Brean says it’s so important they aren’t distracted.

“For somebody who's getting ready to have a seizure -- that critical moment – and that dog is distracted, and that person goes down with a seizure,” Brean said.

Brean wants the community to know dogs, like General Patton, have a job to do. And that job is giving people freedom back to live their lives independently.

MORE: 'You have your life back': New brain surgery at OHSU controls debilitating tremor