The doctors and nurses did all they could to make her 95th birthday special, even with the coronavirus attacking her body. 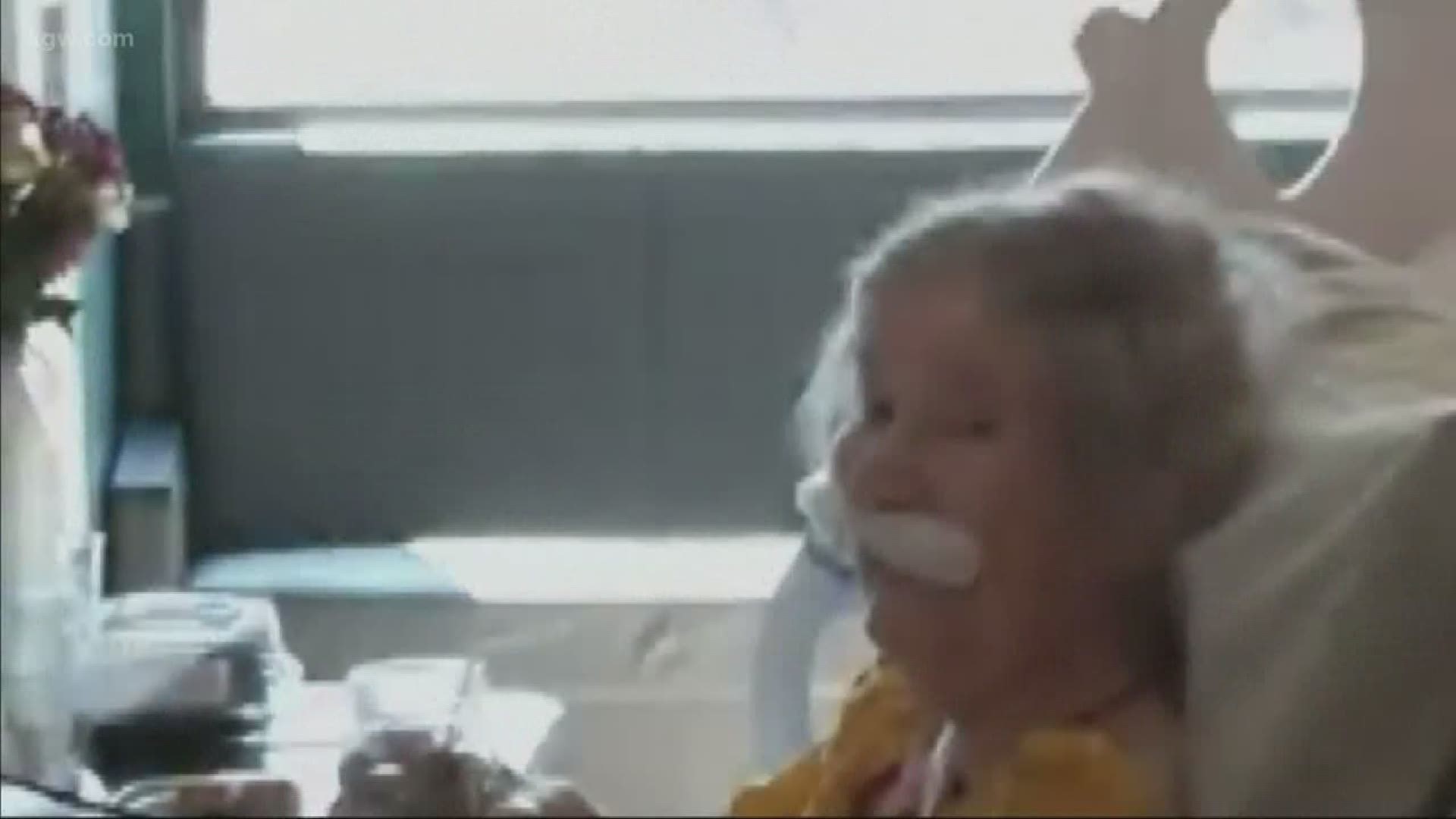 PORTLAND, Ore. — Inside the St. Charles Medical Center in Bend, a birthday celebration for Gerry Seely unfolded without relatives.

But family? She had plenty of that.

The doctors and nurses on the second floor did all they could to make her 95th birthday special, even with the coronavirus attacking her body.

She was dying from it.

Gerry grew up in the Battle Ground area.

When World War II spread ‘its’ epidemic of hate and death, Gerry worked briefly in the Kaiser shipyards, then volunteered to fly P-38s from Colorado to Texas. All the male pilots were needed for combat.

I met one of them, Mike, last summer on his own mint farm near Clatskanie along the Columbia River.

He'll always remember the pride his parents had for their family.

“You know my mom, her and dad really loved to come and watch our kids farm. They just got such a kick out of watching our kids,” he said late last week, tears filling his eyes.

As the years turned to decades, Warren Seely died and Gerry moved into assisted living in Newberg as her sight failed.

Recently she broke her arm and was taken to the Bend area where family could watch over her.

But three weeks ago she got the first symptoms of COVID-19 and her health went downhill from there.

With the coronavirus restrictions, her children were not allowed inside the hospital to see her.

That’s when that new family: the nurses, doctors, social workers and others took over. They looked after Gerry night and day adding comforting touches.

Gerry and her family decided they would not try anything heroic to save her. She moved into a hospice type setting in the hospital.

As her 95th birthday approached, Gerry's hospital family knew something special was needed.

Certified nursing assistant Jessie Thompson remembers asking Gerry how old she was going to be.

“She was excited for that big milestone,” she added.

On Tuesday, April 7, they gathered with relatives on an iPad—for one last celebration.

"She asked for a martini which was totally appropriate", said charge nurse Bryce Riekkola.

They gave her one, complete with three olives.

It made a moving scene- medical professionals in COVID-19 personal protective gear, serving Gerry Seely on her 95th birthday.

“This moment and this time that we have right now- just because we get to be- I’m emotional- this is hard- I like that we get to do those types of things,” said nurse Tammi Jo Virgil.

Two supervisors recorded the moment with their phones and kept recording as a dozen nurses and others gathered outside Gerry’s door to sing happy birthday.

Mike will never forget the kindness. The love.

“They kept us posted all the time. Grant (a nurse) even called me a little bit after my mom passed and told me how much they loved having her there and…” he said, his voice breaking with emotion.

The worst times- often bring out the best in people. You can feel that as you watch the video clips from the second floor at St. Charles.

And you could hear it from Bend to Clatskanie and beyond.

Gerry Seely died the next day.

RELATED: Why are there so many coronavirus deaths at Oregon nursing homes?