Governors Kate Brown and Jay Inslee announced Monday that the states will revive the project to replace the drawbridge spanning the Columbia River on Interstate 5. 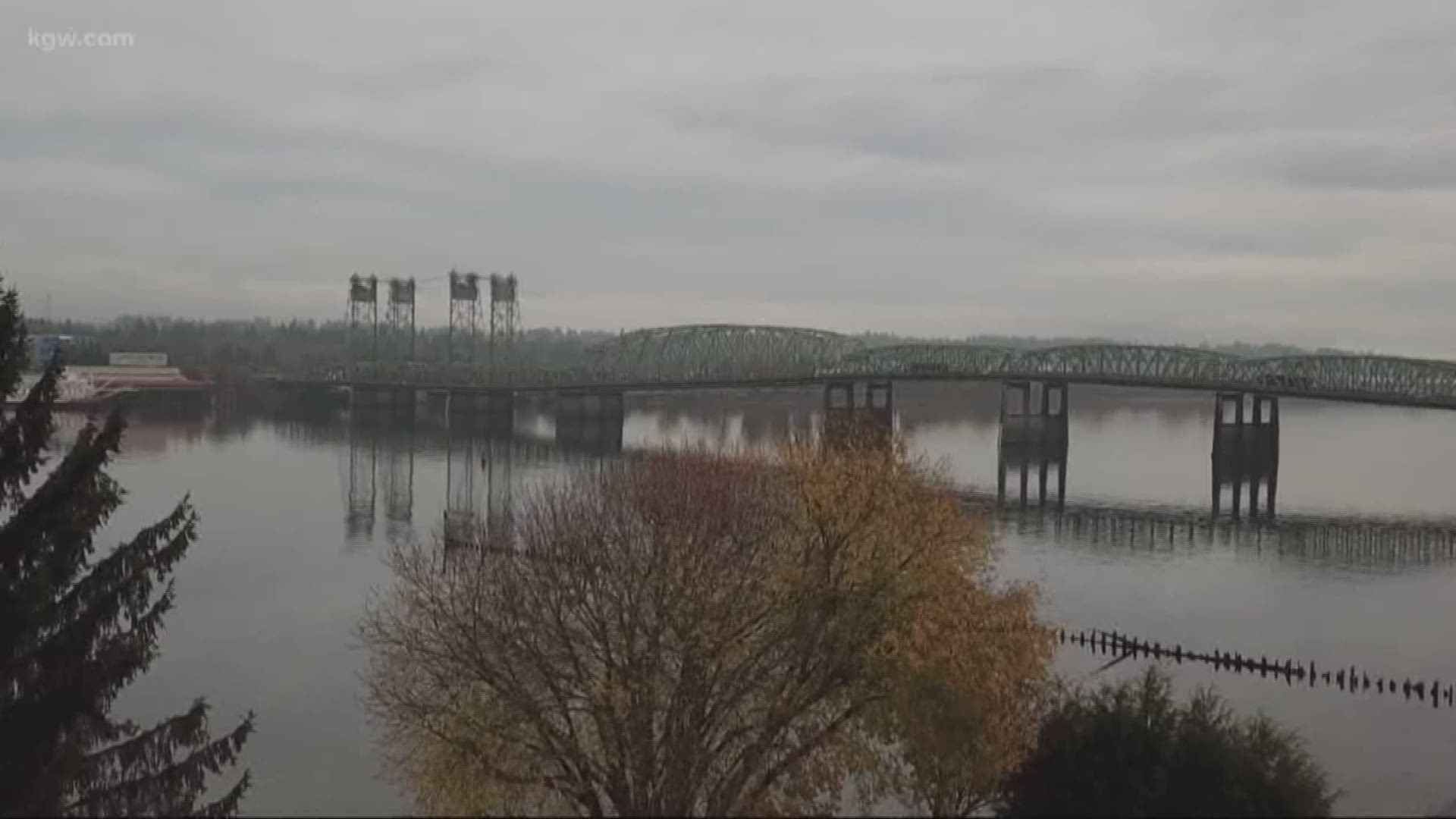 VANCOUVER, Wash. — The governors of Washington and Oregon met Monday in Vancouver to announce their joint plan to revive the Columbia River Crossing project. The project seeks to replace the aging Interstate 5 bridge over the Columbia River.

"We believe this bridge is important not just to the economies of two counties but two states," Washington Gov. Jay Inslee said.

Inslee indicated the new bridge was a "high priority" for him and said both states have allocated $44 million to relaunch the project office, which will assess what progress can be built on and what federal dollars are available. The office will report back to both Washington and Oregon's state Legislatures.

Inslee wasn't able to provide a total cost for the project.

He also said the memorandum of intent didn't rule out tolling, although that would need to be agreed upon by Washington and Oregon.

Inslee and Oregon Gov. Kate Brown have both expressed interest in bringing the project back. The current bridge poses seismic risks, according to officials, and is also a source of major congestion.

The Columbia River Crossing started in 2004 as a bi-state megaproject to replace and modernize the existing stretch of I-5 that currently connects Portland, Oregon, and Vancouver, Washington. The goal was to improve safety, reduce congestion, and increase mobility of motorists, bicyclists, and pedestrians.

But after years of planning, the project came to a screeching halt in 2013 when Washington lawmakers decided not to pay their share of the project. This was after Oregon passed legislation to authorize its $450 million share, according to a 2019 Advisory Report from the Oregon Secretary of State's Audits Division. Oregon tried handling the project solo but dropped out of it in 2014.

The plans went dormant for several years until December 2018 when Gov. Inslee included $17.5 million in his 2019-21 Governor's Budget to open a project office for the purpose of replacing the I-5 bridge.

Then, the transportation budget was passed by Washington state lawmakers earlier this year and included $35 million for the renewed bridge project.

The bridge was constructed in 1917 to promote commerce and travel between the two states. But officials say the bridge's functionality is now obsolete with the amount of traffic that crosses over it daily. As of 2016, around 135,000 vehicles cross over the bridge daily, according to the 2019 Advisory Report.

The bridge was also found to be on liquefiable soils and does not meet current seismic standards.

"A significant earthquake, such as one caused by the Cascadia Subduction Zone predicted to strike the Northwest, could cause the bridge to bend or collapse," read the 2019 Advisory Report.

The governors are expected to sign a "memorandum of intent" Monday to reopen the office dedicated to the Columbia River Crossing project and start the process of getting community feedback on the plans.

RELATED: Oregon, Washington to begin building I-5 bridge by 2025