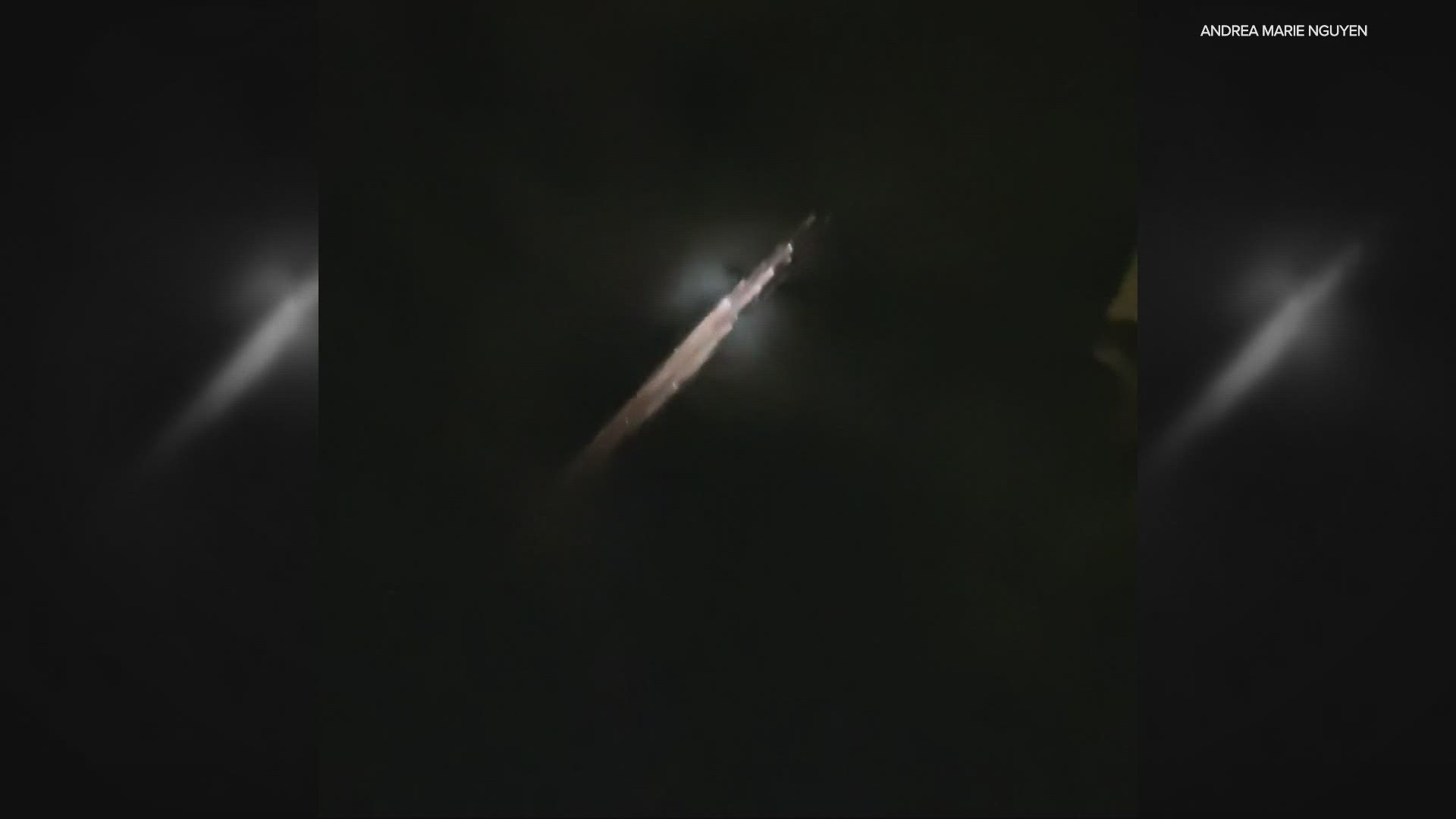 PORTLAND, Ore. — People across the Pacific Northwest watched in astonishment Thursday as a fiery ball of light streaked across the night sky.

While many speculated they were seeing a meteor, astronomer Jonathan McDowell at the Center for Astrophysics said the streaking light actually came from the Falcon 9 rocket launched by SpaceX on March 4.

On Twitter, McDowell said the rocket "failed to make a deorbit burn," and the event people witnessed around 9 p.m. Thursday was the rocket reentering Earth's atmosphere after 22 days in orbit.

Minutes following the event, the National Weather Service in Portland tweeted that McDowell's assessment appeared correct, but stressed that it was only speculating.

"We have been getting a number of calls about this! This looks like what we have seen in all of your videos," referring to McDowell's tweet. "Not official, but this fits the bill."

Dr. James Davenport, research assistant professor of astronomy at the University of Washington, told KING 5 the lights were caused the rocket coming back down from orbit. He said the debris was likely about 30 miles into the atmosphere and it was unlikely any substantial pieces would reach the ground.

We have been getting a number of calls about this! This looks like what we have seen in all of your videos. Not official, but this fits the bill. https://t.co/UX3SMtYwP0

People reported seeing the flashing lights from across the region, including the Oregon Coast, Salem, the Portland metro area, Southwest Washington and the Seattle area. Some people reported hearing explosions in the sky as they went by.

People shared videos of the event on social media.

Anyone else see something burning up in the atmosphere? ⁦@KGWNews⁩ Out near McMinnville. #ufo #meteorite #space pic.twitter.com/jeJ1zuRRU5

1 / 13
Contributed
A ball of light was spotted flying across the sky in Oregon and Washington Thursday night, March 25. Astronomer Jonathan McDowell said the light came from the Falcon 9 rocket, launched by SpaceX March 4, reentering the atmosphere after a failed deorbit burn.