Her husband John Platt says she suffered from complications after she fell. 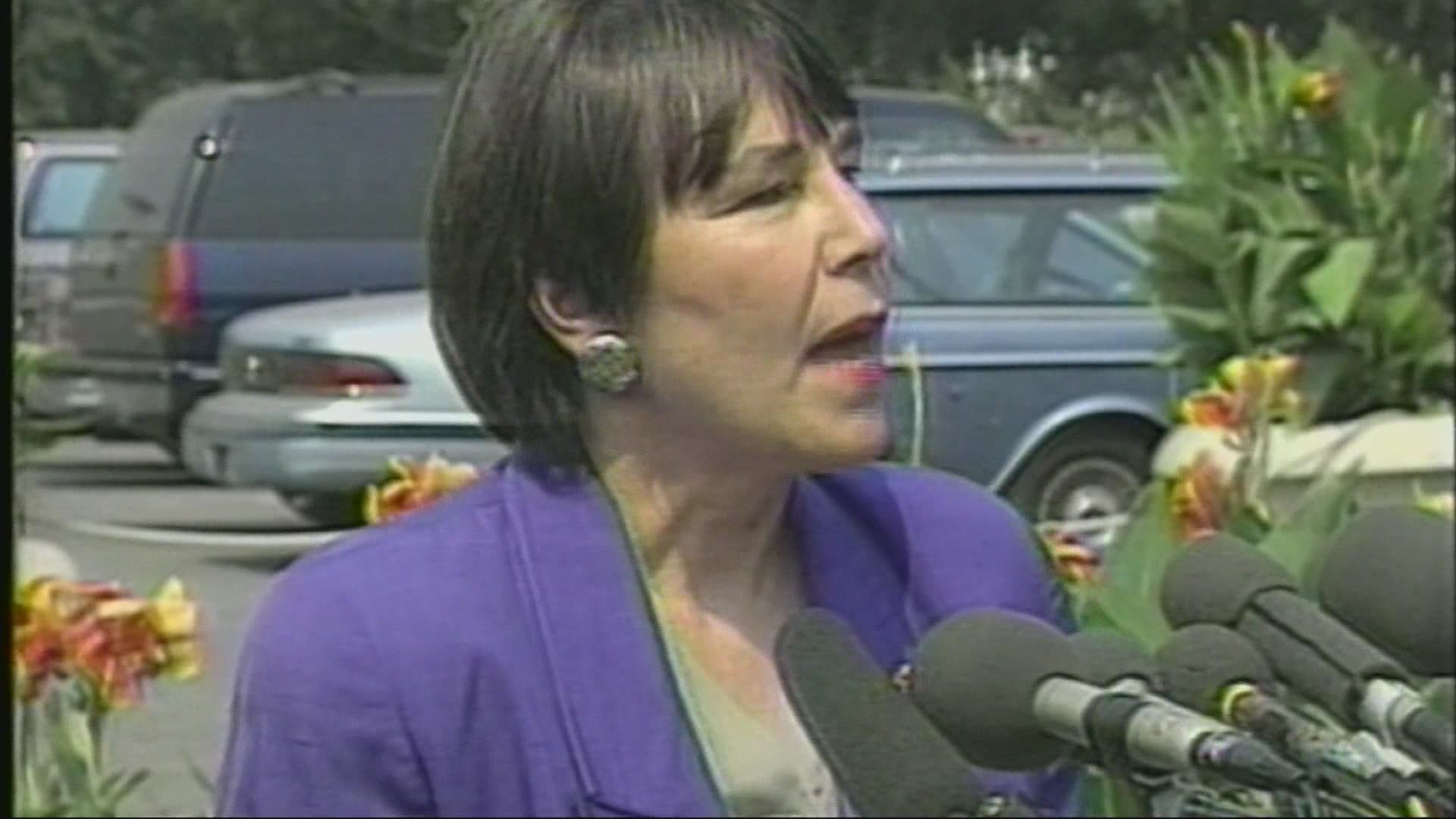 PORTLAND, Ore. — Elizabeth Furse, who represented northwestern Oregon in Congress for three terms in the 1990s, has died. Her husband John Platt says she suffered from complications after she fell.

She also worked to advance the rights of women, children and farm workers and advocated for peace and nuclear disarmament.

Her daughter, Amanda Briggs, remembers growing up without grapes because her mom was siding the Cesar Chavez and the United Farm Workers.

"My brother and I probably never had grapes in our entire life because our whole childhood was the boycott!  So she was a very engaged social activist her entire life," Briggs said.

She remembers her mom telling the story of being a young teen in South Africa where she grew up and protesting with her own mother against apartheid. The women were beaten by thugs.

Briggs believes it helped ignite her mother's passion for justice.

"A deep sort of unwavering belief in the power of social justice and the importance of having a voice – a voice against power if necessary. Even if it puts you at risk," Briggs said.

Furse, a Democrat, was elected in 1992 to the U.S. House representing Oregon’s 1st District without ever having held elected office.

While in office, Briggs then 27 years old, developed diabetes. She remembers telling her mother how expensive the testing and treatment was for her because Medicare, and therefore most insurance, did not cover much of it.

Congresswoman Elizabeth Furse got busy and helped pass two laws that changed that.

Briggs choked up recalling a conversation when she shared that story with a friend who also has diabetes but had never met her mother.

"In a funny way that was my mother's way of giving me a hug about having diabetes. And my friend said to me, your mother gave a hug to everyone who had diabetes," said Briggs.

It's a fabulous legacy to consider that in her way she touched everybody with the same disease I have," Briggs added.

After six years in office, Furse announced she was done. She believed in term limits and wanted someone else to take her seat.

She was later the founding director of Portland State University’s Institute for Tribal Government.