According to the Tea Party Patriots website, students at a dozen high schools in Oregon and Southwest have planned walkouts 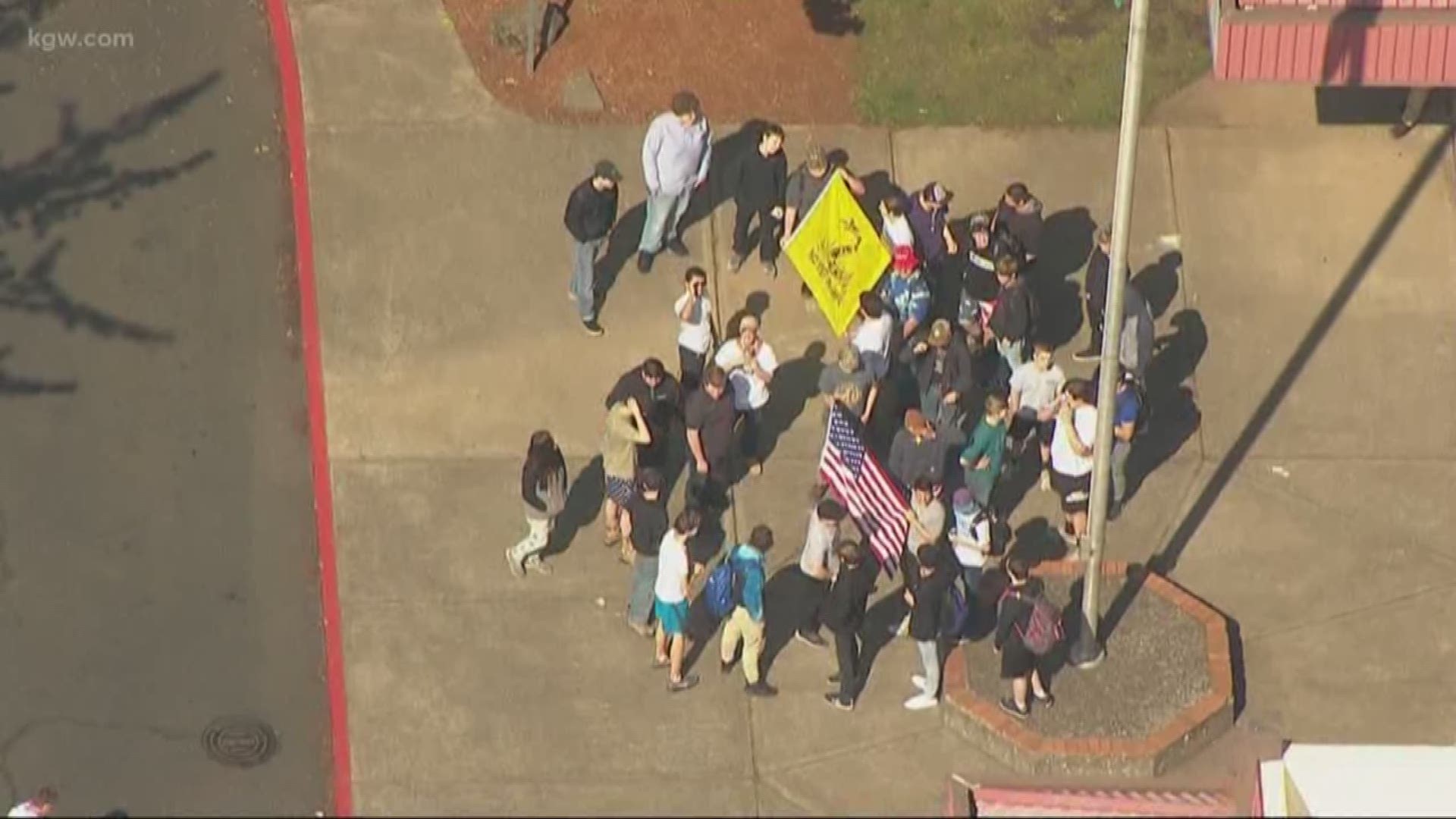 Students at Oregon and Southwest Washington schools joined others across the nation Wednesday, walking out of their classrooms to show their support for the Second Amendment.

The national event, called "Stand for the Second," was started by New Mexico high schooler Will Riley. Students say they will walk out of classes for 16 minutes. Organizers say the expect student in more than 40 states to take part.

According to the Tea Party Patriots website, students at a dozen high schools in Oregon and Southwest had planned walkouts, from Mountain View in Clark County to Crater High in Southern Oregon.

A walkout was planned for 10 a.m. at Tigard High School, organized by two sophomores, according to The Paw, the student newspaper.

One of them, Bonifacio Yuzon told The Paw that second amendment supporters should be allowed the same platform used by students who have twice rallied for gun safety.

Van Fleet told The Paw he supports students engaging in politics, but ultimately, wishes protests would take place after school hours and off campus.

The event comes just over a month after students around the country staged a walkout aimed at stopping gun violence and honoring the students killed at Marjory Stoneman Douglas High School in Parkland, Fla., in February.

Riley, 18, a senior at Carlsbad High School, told the Carlsbad Current-Argus last month that media reports on the student gun protests prompted him to organize "Stand for the Second."

"I'm watching the news and I see they're saying, 'Well we have to do something about this. We have to enact some sort of gun control legislation because this is what the kids are asking for.' And I'm thinking, 'I'm not asking for that,' " Riley said. "I look at my friends and I think 'They're not asking for that.'

"I wanted to give a voice to all of the people who feel that they're being misrepresented by the media."

Zach Bell, 18, a senior at Grand Ledge High School near Lansing, Mich., is one of those planning to walk out. He said the event is an opportunity for students to voice support for the Second Amendment.

"It is a vital part of our Bill of Rights," Bell said. "I believe it's important. Without it we wouldn't be the country that we are today."

Bell said he expects at least a few dozen students to join him Wednesday. Participants will gather near the flag pole on the school’s front lawn, he said.

Grand Ledge Public Schools Superintendent Brian Metcalf said school officials will lend the same support to Bell that they gave to the approximately 50 students who participated in the March walkout.

"Students have a First Amendment right to express their views," Metcalf said Tuesday. "We want them to develop their own voice. I think you've got to give them some leeway for expressing those thoughts."