Cole Herrington, 20, didn't see the ocean predator coming during the encounter off the shores of Seaside. 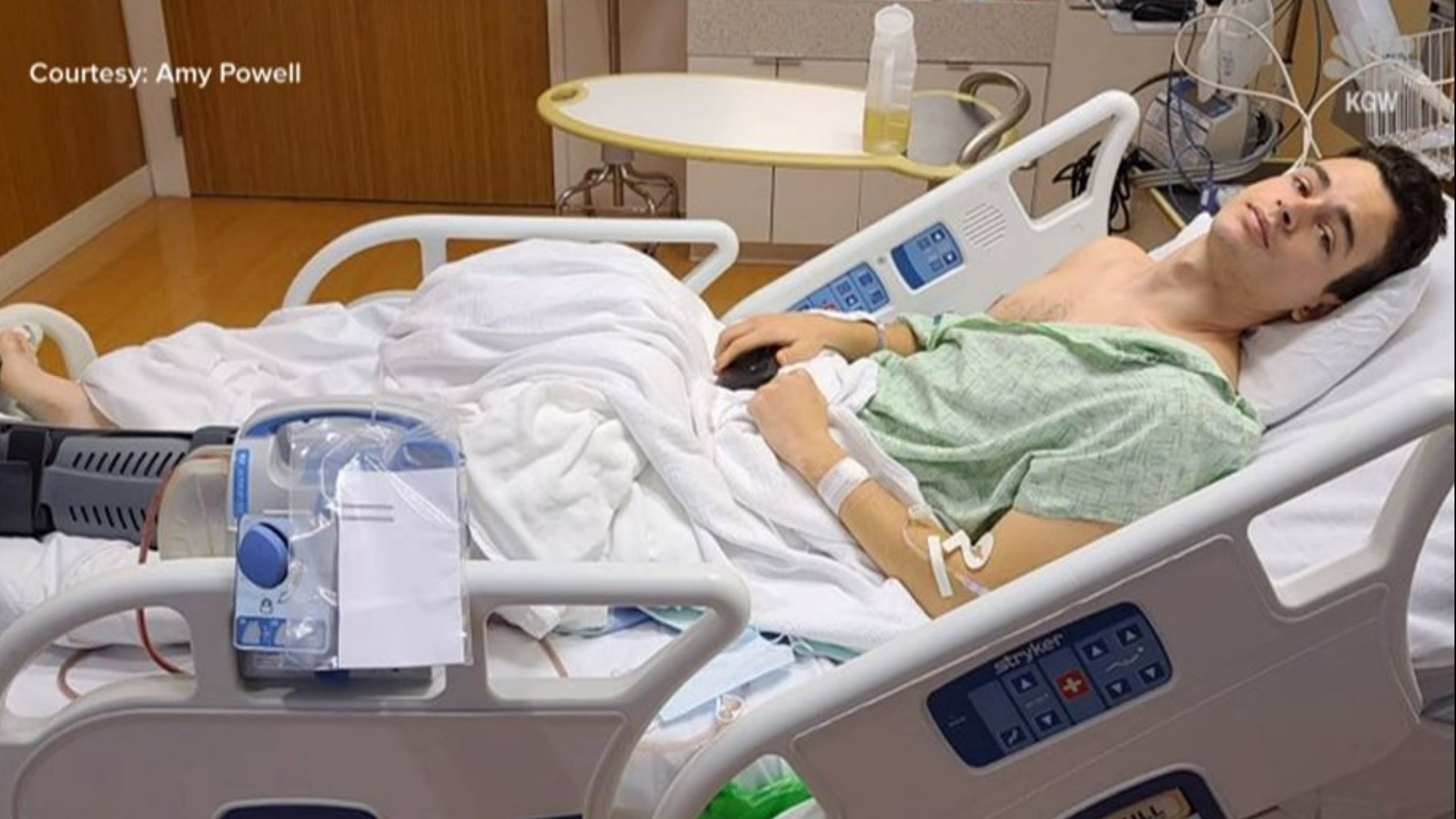 PORTLAND, Ore. — An Oregon surfer who survived a rare shark attack that left his leg severely injured insisted on Wednesday the encounter won't keep him out of the water once he's healed.

Cole Herrington, 20, was waiting for the next big wave off the coast of Seaside, Oregon, on Sunday when the ocean predator struck.

"I was just sitting on my board and then the next thing I know I just got hit really hard. And I looked around for my board, and grabbed my board, and knew I got bit. I don't really remember what happened," he told NBC News from his bed at Randall Children's Hospital in Portland.

"Some people said it came form behind me and that's why I didn't see it. It bit me and lifted me out of the water and dropped me back in."

Amazingly, Herrington said he didn't feel any pain in the moment of attack.

"When it first happened, it was like 'What's going on? OK this is getting real,'" he recalled.

"Once you figure out that you're getting attacked by a shark, you're just calling out to God asking that it doesn't come back to bite you again. You just want to get out on the rocks. Once you get on the rocks then it starts to hurt, you want to get this blood stopped."

Herrington went out on to the water on his own Sunday and he thanked fellow surfers who witnessed the attack, called 911, rushed him to shore and tied a tourniquet around his badly bitten left leg. He underwent surgery for his wounds that night.

https://t.co/Oc90LsqHJO @KGWNews A 20-year-old is recovering after a shark attack in Seaside. Hear from a witness and the victim’s mother in my story below ...

The attack will delay his hopes of starting an electrician's apprenticeship next month. But it won't deter his love of surfing, and he vowed to get back on the water as soon as possible.

"Oh yeah, definitely," he said. "I love surfing. That's probably the only thing I care about in this life, surfing and God," he said. "As soon as I can be healed up, everybody is supporting me to get back into the water."

The surfer's mother, Amy Powell, said she's grateful to everyone who rushed to her son's side.

"I just want to say thank you to everybody that was out there and helped Cole," Powell told KGW. She has established an online fundraiser to help cover the costs of her son's surgeries and recovery.

RELATED: Surfer in hospital after shark attack on Oregon coast

The shark attack on Herrington in Oregon waters is a rare occurrence. According to the Florida Museum of Natural History, which tracks shark attacks around the world, the state has only recorded a total of 28 shark attacks since 1837.