"I've been saying I want to give back, you should always give back to the place that helped you become the person that you are," said Eubanks. 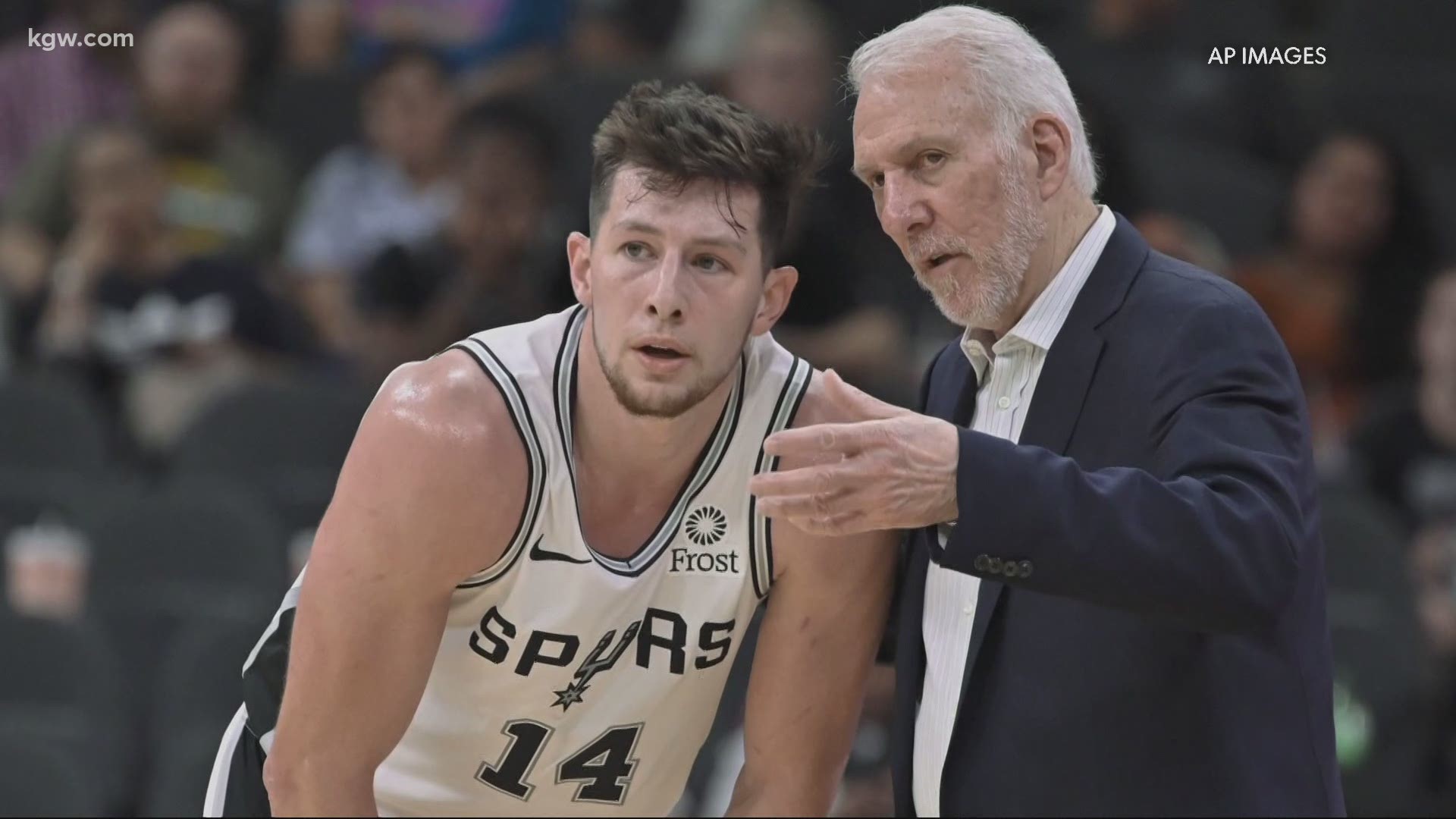 PORTLAND, Ore. — It's nothing but love for Drew Eubanks, representing the state of Oregon on the basketball court.

From his days at Roosevelt High School in Troutdale, to Oregon State University in Corvallis, to living his NBA dreams with the San Antonio Spurs, Eubanks is used to making an impact. Now he's doing it off the court too. He is using his NBA platform to help others in need.

"This is my first real opportunity I've gotten to really give back to Oregon and do something that is close to home and close to my heart," said Eubanks from his home in San Antonio.

Eubanks teamed up with the brand Portland Gear and their Heart for Oregon fundraiser, helping those affected by the Oregon wildfires. All of the profits from t-shirt sales are going to the Oregon Food Bank.

The Oregon wildfires ravaged the state, affecting the lives of thousands of people. Eubanks has family in Oregon City that had to be evacuated out of their home.

"They said they needed to wear masks in their house because the smoke was so bad."

His family is ok and back at home. Not too long ago, he remembers that feeling of having his home threatened by fire.

"It's affected people that I know and love. Back in 2017, when the Eagle Creek fire happened in Troutdale, there was smoke, ash, debris flying in from there. It just wrecked that whole area and I spent my whole childhood going up and down Eagle Creek."

Eubanks is covering the cost of 500 shirts and donating another $5,000 to the Oregon Food Bank.

To purchase a shirt, visit PortlandGear.com