Parker thanked Portland City Commissioner Amanda Fritz for her role in getting legislation passed that led to the barrier being built. 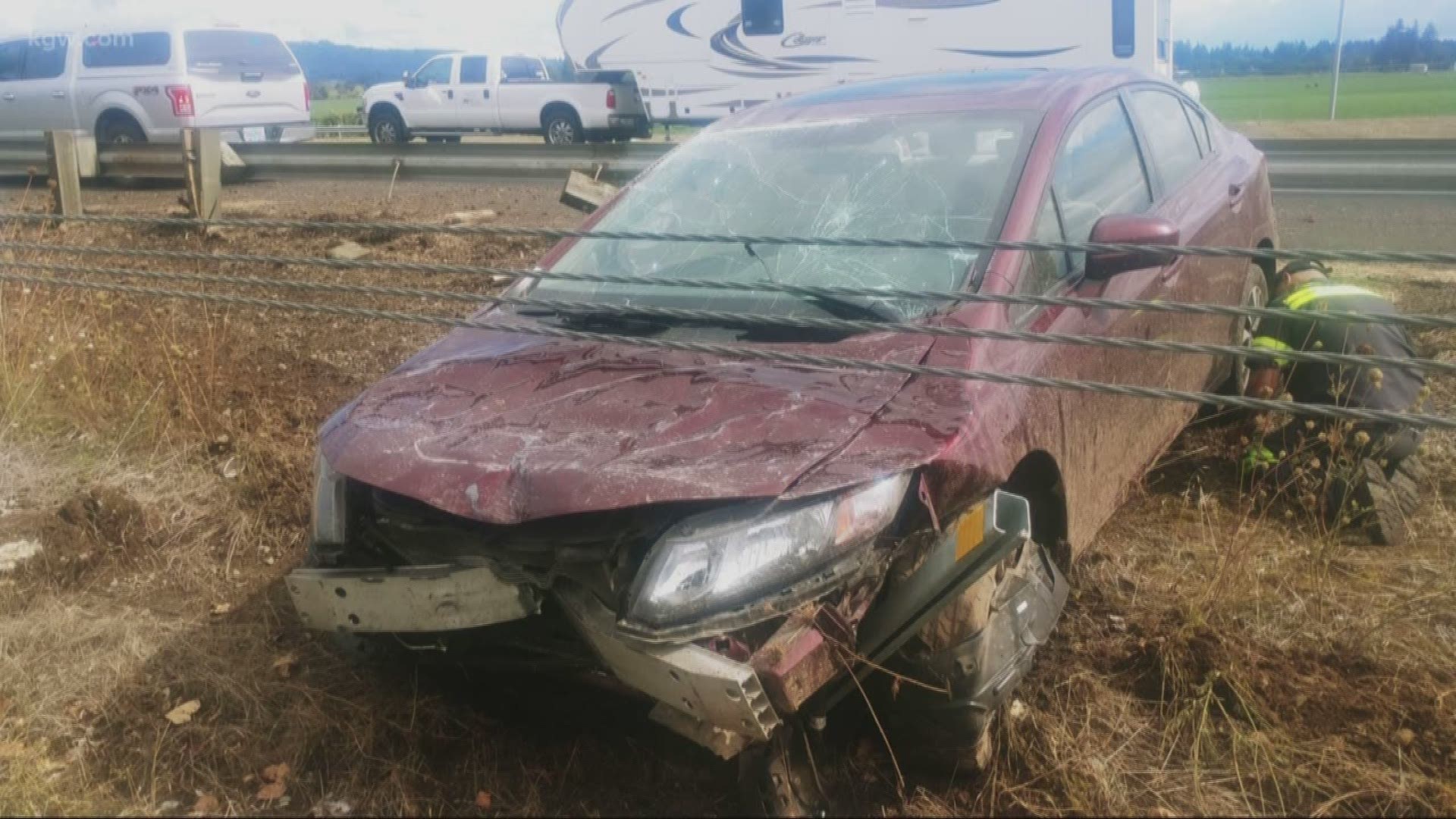 JEFFERSON, Ore. — Oregon State University sports broadcaster Mike Parker was returning to Corvallis from Portland on Monday when his car spun out on southbound Interstate 5 near Jefferson.

“I can’t even tell you how many times the car went around. I honestly had time to process thoughts of not coming out of it but then the car stopped. My hands were still on the wheel, I opened the door and got out," Parker said.

Parker took to Twitter with a photo of the totaled Honda and words of thanks for the Oregon State Police and the EMTs.

Her husband was killed five years ago this month in a crash on I-5 near Salem. At the time, there were no barricades in the area to prevent a crossover crash.

Since then, cable barriers have been added to miles of Oregon roads.

Fritz responded to Parker’s Twitter post writing, “I’m grateful the median barricades installed due to the Fritz-Fairchild Act have saved another life.”

Parker agrees the cable barrier at milepost 241 made a difference.

“At the accident scene, I was told it was installed no too long ago. It likely kept me from crossing over to the northbound lanes. I’ll definitely be getting back to Amanda to thank her for that.”

Parker said the cable had just enough flexibility in it to stop his car gradually and allow him to walk away.

“I am grateful to be here and back on the radio interviewing guys like Beaver quarterback Jake Luton,” said Parker. “Now, more than ever, I realize being the voice of the Beavers is a true blessing.”