Rather than cancel or go virtual, festival director Mikel Fair found a way to throw a COVID-safe "party" in The Dalles. 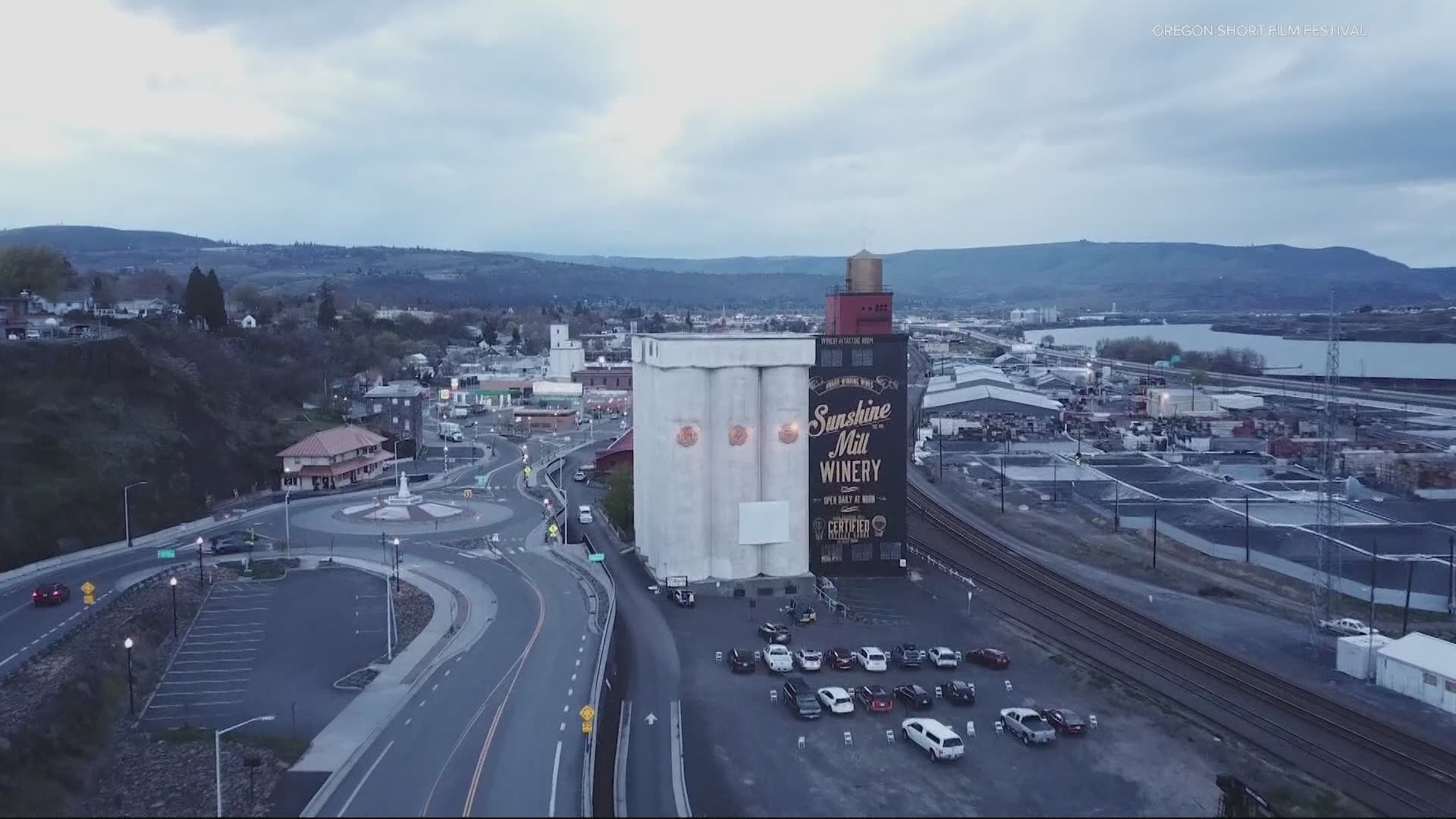 THE DALLES, Ore. — In the beautiful Columbia River Gorge, a picture is worth a thousand words. Over the weekend, what Mikel Fair is doing for filmmakers? Well that’s priceless.

Fair started his career as an audio recording engineer. He's worked on major movie sets like Transformers 2 and The Book of Eli.

The festival started in 2016 and last year, the pandemic sent many gatherings reeling. Still, Fair was determined to pull off this year’s event.

“As far as I know, in 2021 so far, the Oregon Short Film Festival is the only film festival that is operating within 2,000 miles of here.”

The venue is different, but perfect. You’ll get a drive-in movie vibe at Sunshine Mill Winery in The Dalles. That means a rare opportunity for a live, distanced audience, and none of that virtual stuff. They pulled off a similar festival last summer at the winery.

“When I saw people come from Utah, people drove in from Austin and Nebraska, I knew we were onto something,” said Fair.

“Mikel actually running live film festivals has been a huge blessing for us,” said Zach Madson, an independent filmmaker himself. He created the animated comedy Brew Crew (rated MA, not for children), which won the award for best comedy series at the Oregon Short Film Festival.

“Brew Crew is a story about a group of misfits working at a small brewery who find themselves accidentally committing heinous crimes, and then having to figure out how to cover their tracks,” said Madson. “It's not for everybody. If you love kind of twisted cartoons for adults, you probably will love it.”

Over 200 short indie films will be screened beginning Thursday, Feb. 25 through Sunday, Feb. 28. As of Thursday afternoon, tickets remained for only Friday and Saturday.

“You watch from your car and it's so funny to see after every film when people really enjoy it, they're honking their horns and flipping their lights,” Fair said.

“To be able to see and hear people laughing at your work, it means so much because my mom thinks I'm funny, but that doesn't hold a lot of weight in the comedy world,” Madson smiled.

Fair is thankful for another year of the festival, and thrilled to help independent filmmakers get to the next level.

“At first I was scared,” he said. “From all the changes, to pivot to a new location, a new city, new operators of a venue. After screening for one day at the Sunshine Mill Winery, I knew that a change had happened for the better.”

Tickets can be purchased online through Eventbrite. Find more information on the film festival's website.