After Mill City restaurant was threatened by wildfire, owner helping community and grateful to customers

Kevin Muniz, owner of Poppa Al's Famous Burgers, lost his home in the wildfire. Now, he's living in a trailer behind his restaurant. 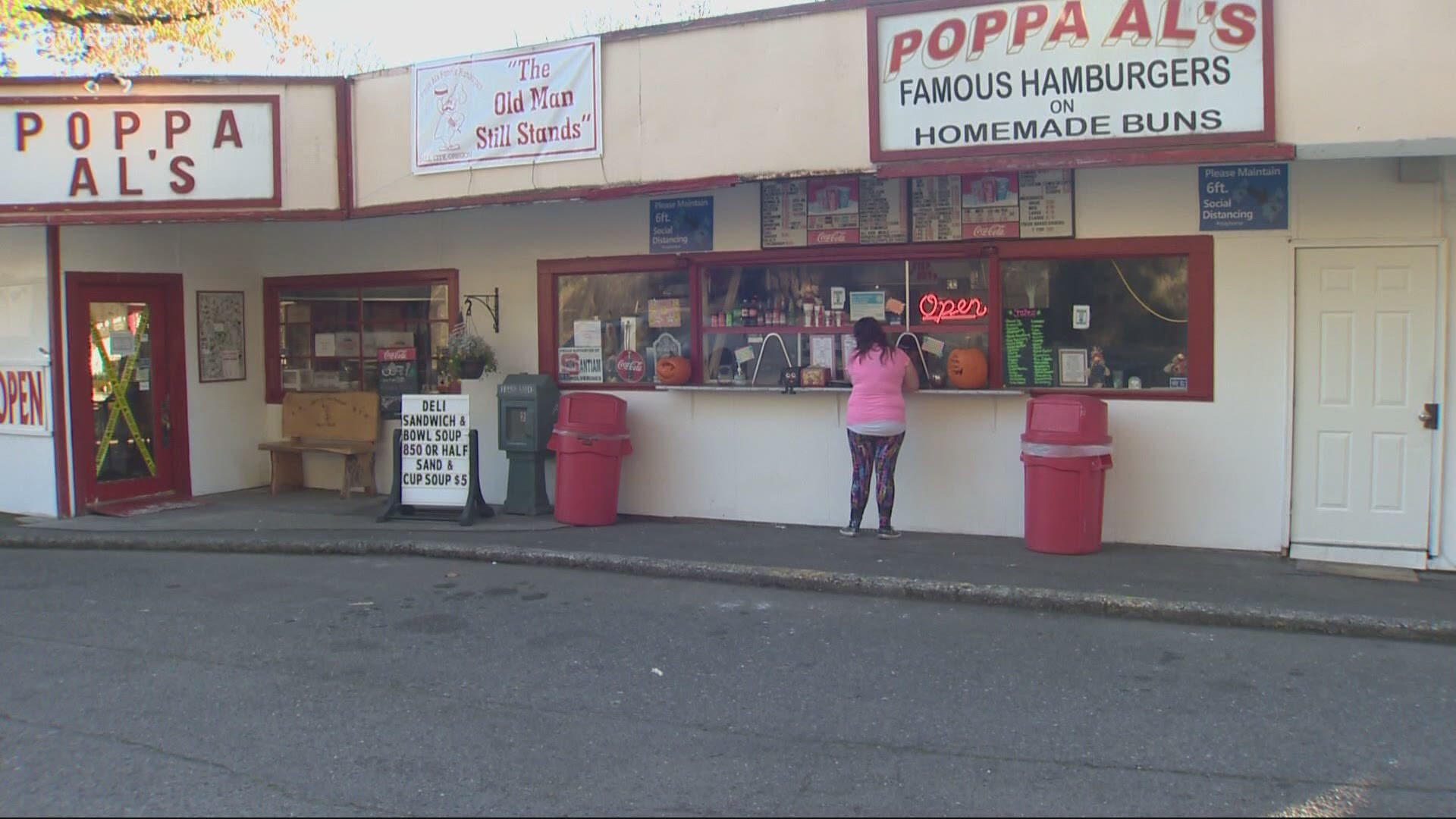 MILL CITY, Ore. — A popular burger spot in Mill City is back in business after the Beachie Creek Fire swept through the Santiam Canyon in early September.

Now, the owner of Poppa Al’s Famous Burgers, Kevin Muniz, is helping his community and looking ahead to the future.

Muniz said Poppa Al’s has been around since 1956. It sits just off Highway 22.

“Poppa Al's Famous Hamburgers is obviously famous for our hamburgers and our homemade buns is our claim to fame,” said Muniz.

He said his restaurant, is one of the few along Highway 22 still open and serving takeout.

Muniz nearly lost his restaurant in early September when it was threatened by wildfire. He still remembers business being slow that Labor Day weekend. He decided to close up shop early so his employees could get home.

“I got a knock on the door saying we got to get out," said Muniz. "We got to evacuate right away. So, that was the only warning that I got."

“It was a very hairy escape out of here, out of the canyon," he said.

Muniz said he saw fire on both sides of the highway. He lost his home, as well did a couple of his employees.

“I had a fifth wheel trailer parked behind the Gates motel and it's gone along with everything else there,” Muniz said.

He said the fifth wheel trailer was uninsured. For now, he’s staying with his cat, Mamba, in a small trailer behind his restaurant. Muniz said he hopes to eventually build a permanent home on the property.

“Waiting to see what I'm going to be able to get through FEMA,” said Muniz.

Despite all that's happened, he's grateful for a restaurant that’s still standing. After a thorough cleaning, it's open. Customers are coming back and he's been able to help his community.

“We had inventory that we either had to cook or lose,” Muniz said.

For a couple weeks after the fire, he served free meals. People gave donations.

Then, in late October, he gave $4,000 in donations to the Santiam Canyon Wildfire Relief Fund. It benefits families who have lost so much.

“We appreciate the support we get from the community and the least we can do is give back a little bit, which we try and do,” said Muniz.

If you're interested in grabbing a burger from Poppa Al's, you can find more information on the Poppa Al's Famous Hamburgers Facebook page.