The state's after action report released earlier this week is already helping improve processes ahead of the latest heat wave. 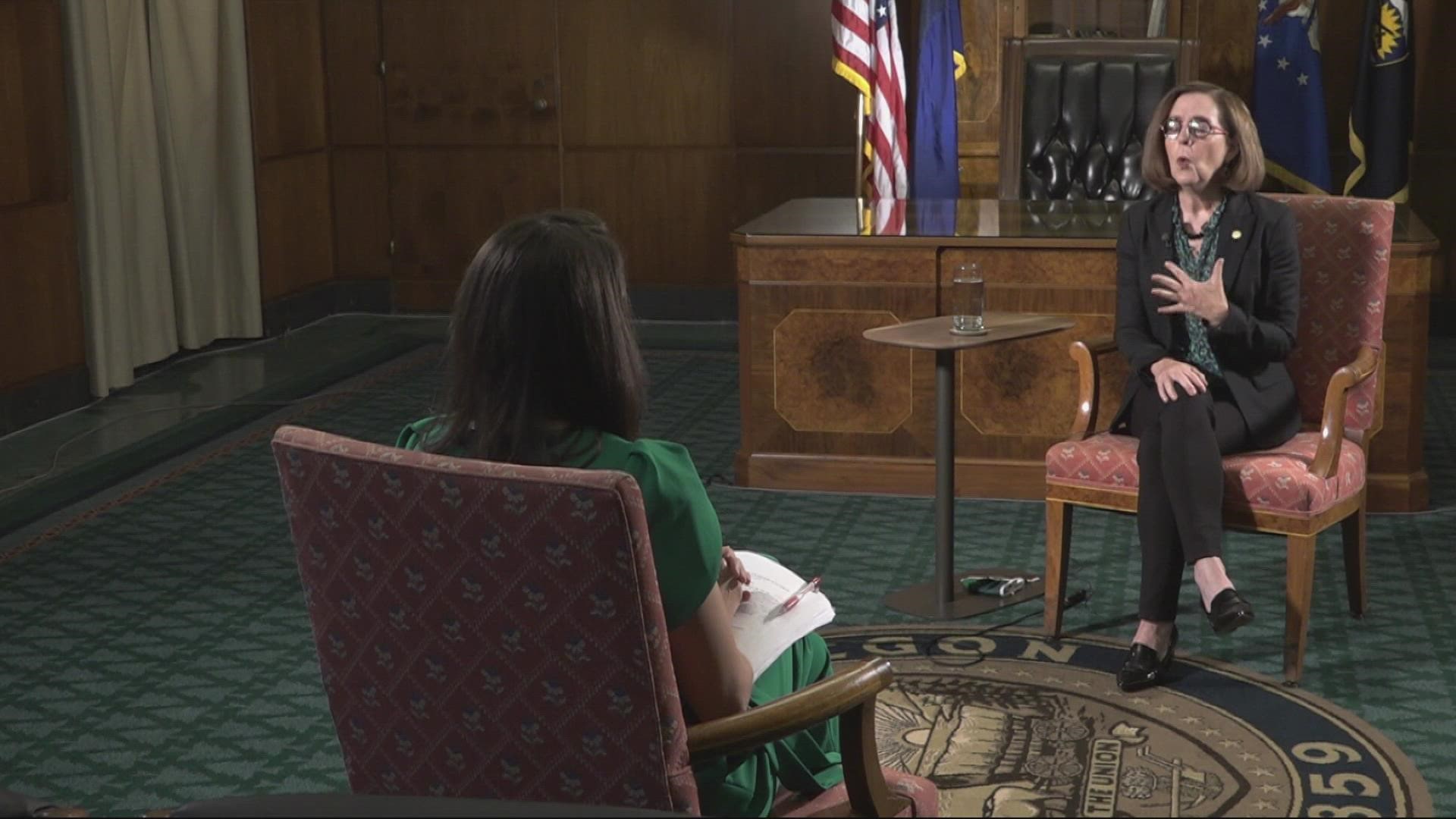 PORTLAND, Ore. — Just one month after a deadly heat wave killed over 100 Oregonians, the state is preparing for another hot couple days, although temperatures are not expected to reach historic levels.

Earlier this week, the Oregon Office of Emergency Management (OEM) published an after action report to identify what went wrong during the last heat event.

In an interview with KGW's Cristin Severance on Thursday, Gov. Kate Brown said the state needs to do a better job communicating and coordinating resources.

Gov. Brown cited the "unprecedented" nature of June's heat event as one of the reasons the state was unprepared. She vowed to do better.

"I was horrified to learn of the deaths of over a hundred Oregonians that should not happen. These people should not have died," said Gov. Brown.

Most of the people who died as a result of June's heat wave passed away on Monday, June 28 — a day when much of the state saw temperatures above 115 degrees.

But Gov. Brown said she wasn't made aware of any deaths until two days later on Wednesday, June 30. That same day the governor held a pep rally at Providence Park to celebrate the reopening of the state.

Governor Brown said she was horrified to learn of the deaths and said the late notice was due to a miscommunication with Oregon State Police.

"The Oregon State Police has accepted full responsibility for that lack of communication and they understand that it was absolutely unacceptable. As you're also aware, Washington went ahead and had an event as well that day," the governor said.

Things will be different for this upcoming heat wave. Gov. Brown has already called a state of emergency to mobilize additional resources for counties in need. Counties across the Portland metro area have cooling centers open Friday and Saturday. The 211 helpline is up and running with accurate information about cooling centers 24/7.

TriMet is also offering free rides for those who cannot fares if the temperature is above 100 degrees.

Gov. Brown also encouraged Oregonians to sign up for emergency alerts through ORAlert.gov.

You can watch the full interview with Governor Brown and Cristin Severance here.