Here's a look at some changes that will take effect in 2021. 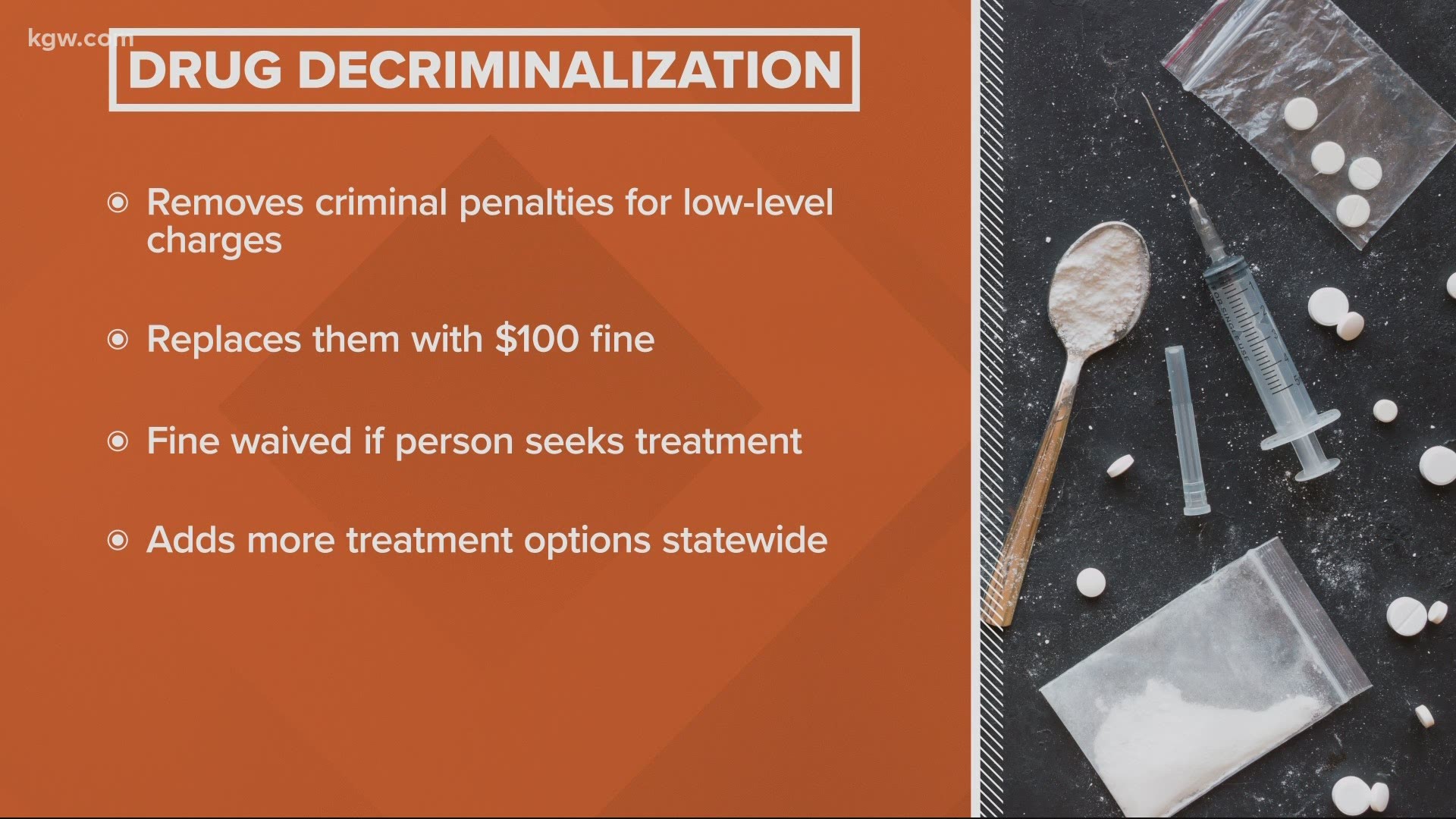 PORTLAND, Ore. — The new year is right around the corner and with every new year comes new laws. Here’s a look at a few changes coming in 2021 in Oregon and Portland.

There will be an increase in taxes on cigarettes and other tobacco products beginning Jan. 1 in Oregon. The increase was voted on through Measure 108, which voters passed during the November general election.

Here’s a look at the increases that will go into effect, according to the Oregon Department of Revenue:

Revenue from the increased taxes will be used to fund health coverage for low-income families, including mental health services, and to fund public health programs, including prevention and cessation programs, addressing tobacco- and nicotine-related diseases.

Driver licenses for all

Beginning in the new year, people will no longer have to provide proof of legal presence in the U.S. to get an Oregon standard driver’s license or ID card. The change was part of House Bill 2015, which the Oregon Legislature passed during the 2019 legislative session.

While people will no longer need to prove legal presence, all other requirements to obtain a standard driver’s license or ID card remain in place. That includes proof of name, identity and Oregon residency.

People who are unable to provide proof of U.S. citizenship will not be automatically registered to vote after getting a driver’s license, according to the Oregon Department of Motor Vehicles (DMV).

According to the Oregon DMV, 13 states and Washington, D.C., currently issue driver licenses to people who do not provide proof of lawful status.

Click here for more information from the Oregon DMV

Beginning Jan. 1, private entities, including businesses, in Portland will be banned from using facial recognition technology “in places of public accommodation.” The ordinance was passed by Portland City Council in September. The city council also passed a similar ban on city bureaus, which is already in effect. Mayor Ted Wheeler and Commissioner Jo Ann Hardesty, who both championed the ordinance, said facial recognition technology disproportionately harms Black, Indigenous and people of color.

The City of Portland said places of public accommodation include:

The city said the following places are not considered places of public accommodation:

The law does not legalize drugs, which is an important distinction. A person caught with a small amount of drugs, including Schedule I drugs like heroin and LSD, will face “no more than a Class E violation.” That person will then face a $100 fine, which may be waived if the person seeks treatment.

People with either a felony criminal conviction or two or more past drug convictions may face more serious penalties. Laws surrounding the sale or possession of large quantities of drugs remain unchanged.

The purpose of the new law is to adopt a health-based approach to the state’s drug crisis by making treatment and recovery services available to anyone who needs and wants access to those services.

The changed penalties go into effect Feb. 1. That’s also when the Oregon Health Authority must establish a temporary addiction recovery, which will assess clients’ treatment needs over the phone. Addiction recovery centers will open within coordinated care organizations statewide by Oct. 1, 2021, and phone services will be discontinued.

The minimum wage in Oregon has risen every year since 2016. That continues in 2021, but not until July 1.

Here’s how the minimum wage in Oregon is currently tiered:

The minimum wage will increase to the following payments on July 1: