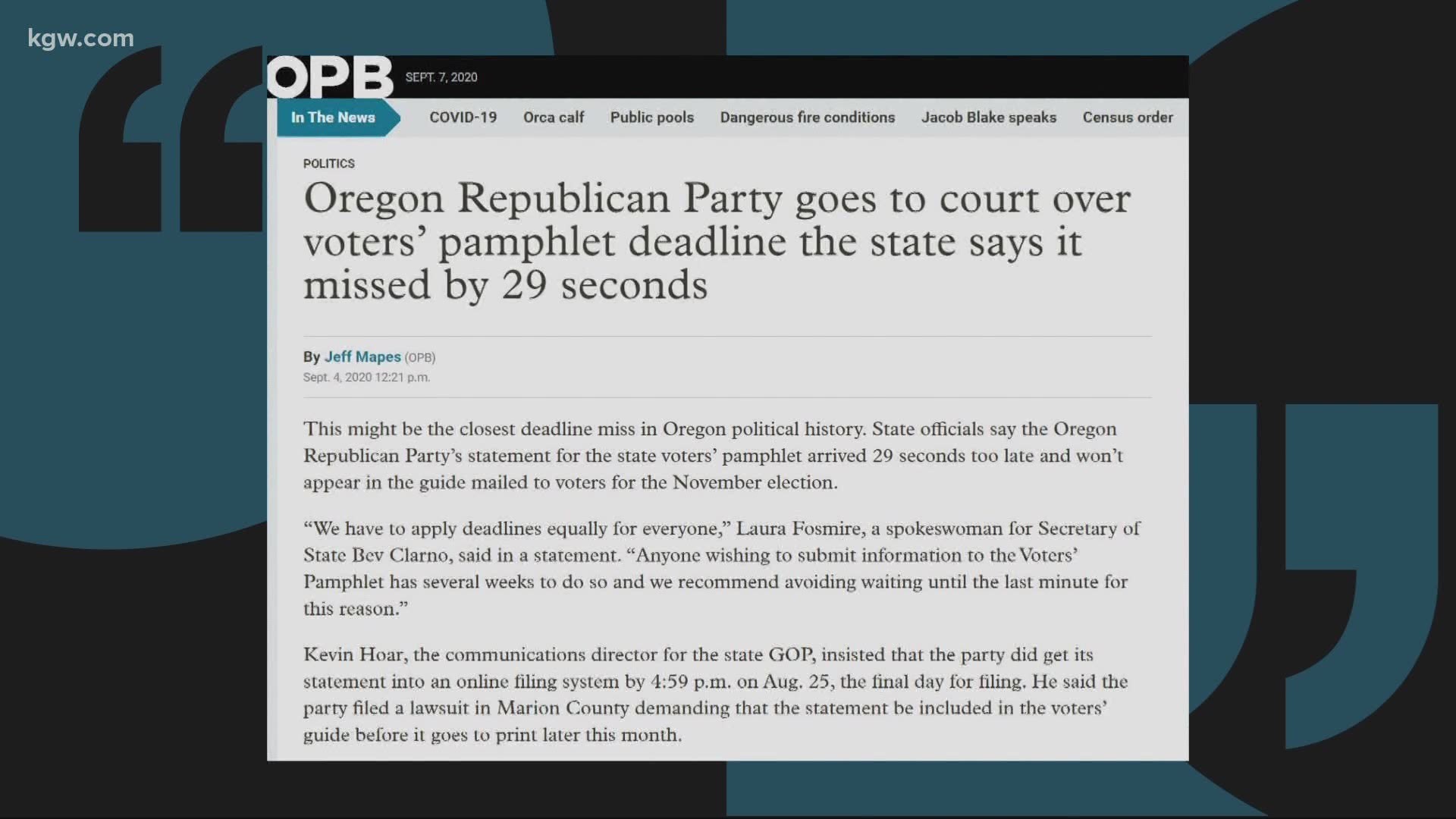 SALEM, Ore. — A county judge has decided the Oregon Republican Party should be permitted to place its November election statement in the state voting guide although the secretary of state’s office says the party missed the deadline by seconds.

Judge Channing Bennett on Monday ruled that Republican chairman Bill Currier completed his portion of the transaction in the minute before the 5 p.m. deadline on Aug. 25, Oregon Public Broadcasting first reported and KGW News later confirmed. Bennett said that is more important than the time at which the state finished processing the filing.

It wasn’t immediately known if the state would appeal. Bennett said The Oregon Voters’ Pamphlet, which includes statements from candidates and information on ballot measures, must go to print Friday to get to voters on time.

The judge said that the time it takes to process an electronic filing is arbitrary and doesn’t provide the certainty called for in law. He said state law sees the policy statements of a major party as “necessary to a free and informed electorate” and that this outweighs ambiguities in the election deadline.

The state Democratic Party and six minor parties submitted their statements without any hitches. But Currier said he had problems filing earlier in the day and did not log into the state’s online reporting system until 4:52 p.m.

Salem attorney Kevin Mannix, who represented the party at the hearing, argued the deadline was unclear because it only referred to “5 p.m.” He said that could mean 5 p.m. sharp or up to one second before 5:01 p.m.

Brian Simmonds Marshall, an assistant attorney general, said the state has the right to interpret its rules and that the law says “not later than 5 p.m.” He noted that a Wisconsin case concluded that a 5 p.m. deadline means that exact second.

RELATED: How do I vote if I've been evacuated or lost my house in a wildfire?