“Every state in the U.S. is competing,” she said on her daily briefing with reporters. 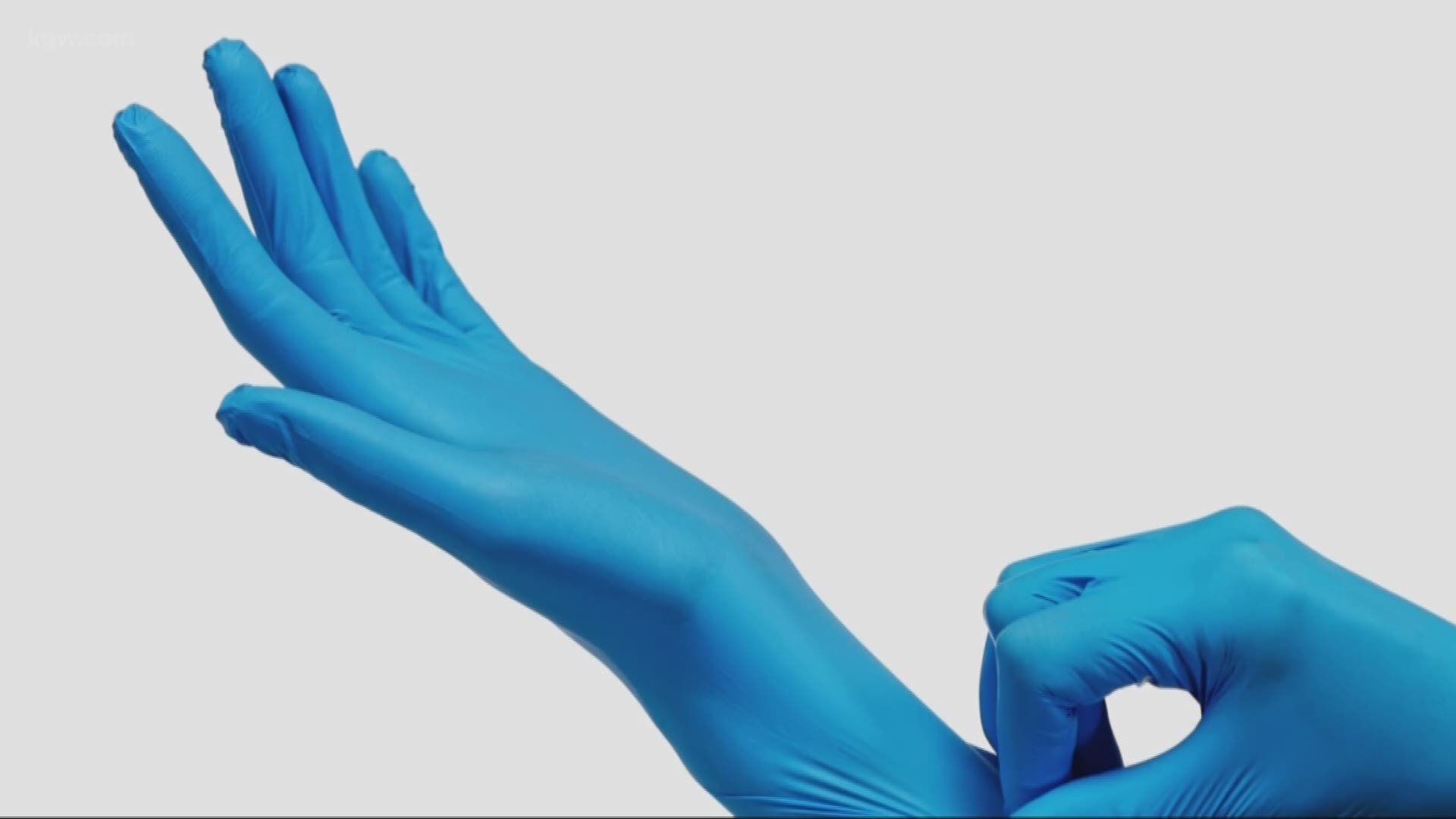 PORTLAND, Ore — The state of Oregon is embroiled in a brutal bidding war, battling other states, the feds and other countries to purchase needed personal protective equipment for its hospitals, said Governor Kate Brown on Wednesday.

“Every state in the U.S. is competing,” she said on her daily briefing with reporters. “Several governors spoke [on a separate call] about the fact that they were in the process of acquiring additional masks, and the federal government came in, FEMA came in and purchased those masks from underneath them.”

Hours after she aired her frustrations, the picture as to how badly Oregon needs those supplies became all the more bleak.

The Oregonian reported Wednesday the state’s emergency stockpile of PPE, which officials had hoped would help them bide time while they waiting for a new shipment from the feds, is almost out.

According to a report from the Oregon Health Authority, the state has already handed over 100% of the gowns, 95% of the face shields and more than 80% of the sought-after N-95 respirators it had stocked up in warehouses.

Governor Brown said Wednesday a new shipment had just come in from the feds, but it only contained 25% of the PPE supplies Oregon had requested.

She said she planned to call Vice President Mike Pence on Wednesday to push the Trump administration to order American companies to produce more product as soon as possible.

“I’m not exaggerating when I say this outrageous lack of action will result in lost lives, including those of our healthcare workers,” she said.

The push to issue that order is tied to the president’s refusal to invoke the Defense Production Act, a Korean War era law that allows the feds to both order American companies to accept federal contracts to produce needed goods and take control over where those goods are sent.

The president has said he doesn’t want to “nationalize” American companies because so many are stepping up to produce goods on their own.

But Governor Brown argues, along with multiple democratic counterparts including New York Governor Andrew Cuomo and Illinois Governor J.B. Pritzker, that invoking the act would result in more goods being distributed faster.

It would also, she said, allow the feds to provide guidance on standards for these products, ensuring their ability to keep doctors and nurses safe.

Wednesday, officials announced two more Oregonians had died from COVID-19, bringing the total to ten. 266 people here have tested positive for the virus.