The 2-time gold medalist is back in school pursuing a degree in engineering, and recently volunteered to help kids for Intel's National Engineers Week. 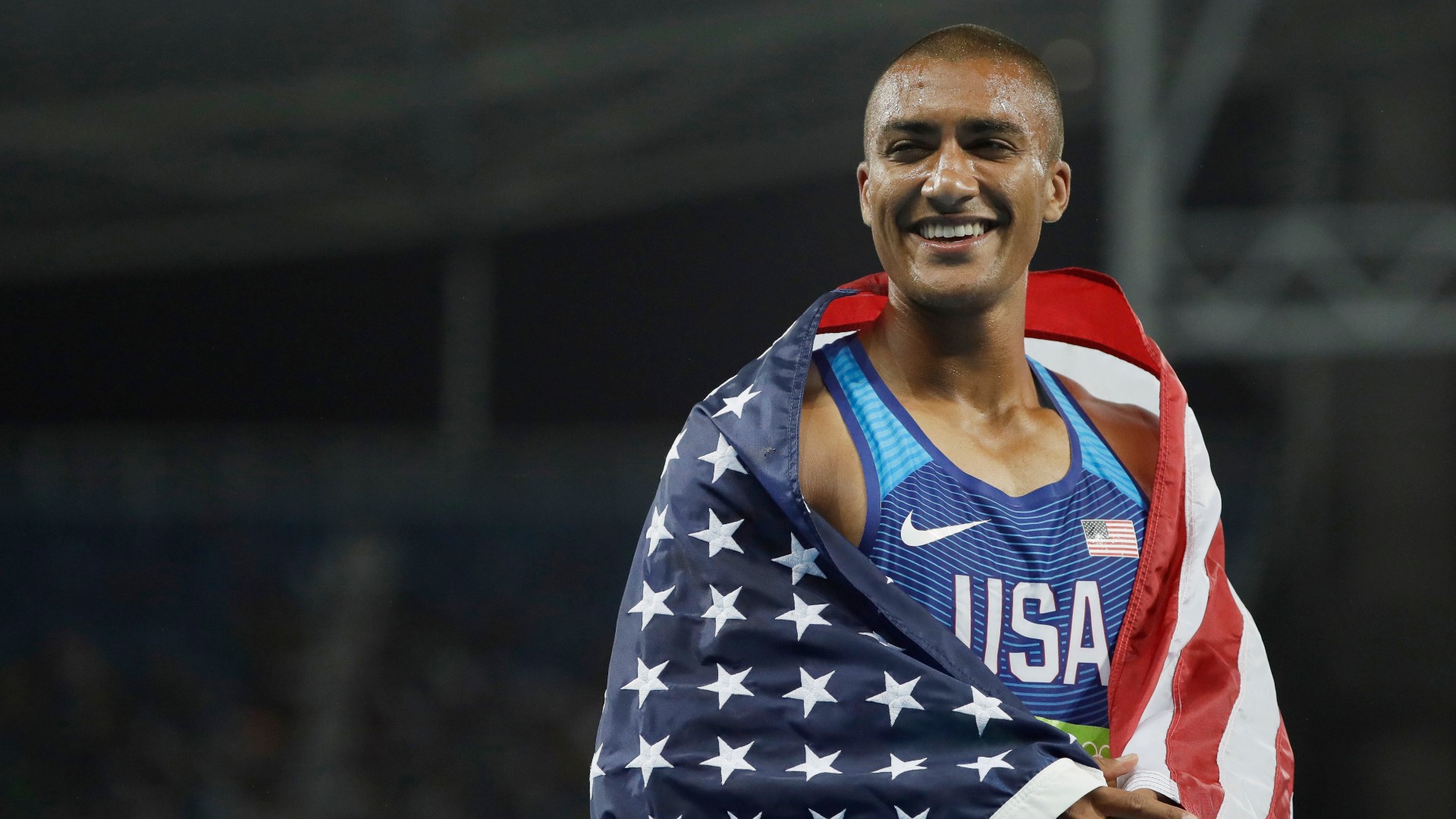 PORTLAND, Oregon — It's National Engineers Week, celebrating the math, science and happy geek-dom that's pushing innovation. 1,300 Oregon fourth graders in the Hillsboro School District and Portland Metro STEM Partnership, have been working on a project this week from Intel to build a mini lunar lander. One of the Intel employees helping them is none other than Oregon's own 2-time Olympic gold medalist Ashton Eaton.

Eaton is a back-to-back Olympic gold medalist in the decathlon. He also holds the world record in the indoor heptathlon. He's an Oregon Duck grad and Bend native. So what's this about him working at Intel? And what's he been up to since retiring in 2017?

"I'm doing school part-time and I have a one-year-old son now! His name is Ander. He's just starting to learn how to walk. He's crawling up on things. It's very fun," Eaton told us this week.

It all fell into place for him after speaking at an Olympic Day event at Intel in the Bay Area. Eaton was living there with his wife Brianne Theisen-Eaton, a 2016 Olympic Games bronze medalist and fellow Oregon alum. He was later hired by Intel in 2020.

He's working on 3D athlete tracking technology Intel plans to unveil at the Tokyo Olympics, hopefully this summer. Using cameras, artificial intelligence measures the body's velocity, angles, stride length and how many steps were taken — for both tv broadcasters to analyze and athletes to better themselves.

Eaton has a bachelors degree in psychology from U of O. He and Brianne now live in Portland. Eaton is taking part-time classes at Portland Community College right now, on the path to an engineering degree.

"My goal right now is to go to OIT (Oregon Institute of Technology) or OSU," Eaton said. "I guess, if I went to OSU I'd be a 'platypus'. I think that's what they call people who are both Ducks and Beavers," he laughed.

Credit: AP
United States' Ashton Eaton makes an attempt in the javelin throw of the decathlon during the athletics competitions of the 2016 Summer Olympics at the Olympic stadium in Rio de Janeiro, Brazil, Thursday, Aug. 18, 2016. (AP Photo/Matt Dunham)

"I know the feeling when you transition at 30 years old and now I'm back in school, I'm trying to go towards another goal. It's kind of like, geez, this is where everybody else was like 10 years ago when they were 20!"

Let's take it back farther, to 9 and 10-year-olds, because that's how old these Hillsboro fourth graders are, who participated in Intel's 4th Annual National Engineers Week project.

Normally, it's in-person with Intel volunteers leading hands-on projects using STEM concepts: science, technology, engineering and math. This year, it's gone virtual, with Intel giving special kits to each child so they can build a mini "lunar lander" out of household items like straws, a cup, paper, and tape to get an "astronaut" to land, or in this case drop on the ground, safely.

Brooke Godfrey is a 4th grade teacher at Imlay Elementary in Hillsboro and has lead her classes through this project since it started in 2018.

"I think 4th grade is the perfect age where teamwork starts to come into play. They also know it's okay if it doesn't work the first time, we'll try it again and try it again and really harnessing that grit is really important in fourth grade and we keep going no matter what," Godfrey said. Intel cites studies that show 4th grade is when underrepresented students begin losing an interest in STEM.

It's why Eaton and so many other Intel co-workers, signed up immediately to volunteer to lead the activities this week. "I didn't pursue engineering when I was in college before, because I was afraid of it and I chose to go a different route. And as I got older and of course went through my Olympic experience, I learned don't be afraid of stuff."

These kids were 5-years-old when Ashton finished his career at the Rio games in 2016. So while they may not know him, his legend status could grow stronger now just by transitioning to this next phase of life.

"It's really important for 4th graders to hear that maybe it didn't always come easily to people, but they kept working hard to achieve their goal and work toward their passion," Godfrey said.

"But the kids are really excited to meet Ashton. I told them yesterday that he's an Olympic athlete and they are stoked, and I think it's really cool that his personal life and his professional life meld together. They're hoping he'll show his gold medal," she continued.

Eaton went on to say, "It's important to have the kids know that engineering is just creativity. In fact, I'm pretty sure the definition of the word has 'clever' in it. And  it's really about a kind of mindset and the approach. They come up with so many creative ideas. They don't have the limitations that we kind of set on ourselves over time, as we grow as adults. And so I hope to just say to them maybe that experiment didn't work that time or let them know it's not gonna work every time. And actually that isn't failure, that's learning."

We covered a lot of topics and updates on Ashton's life. If you'd like to watch the whole conversation, it's below. 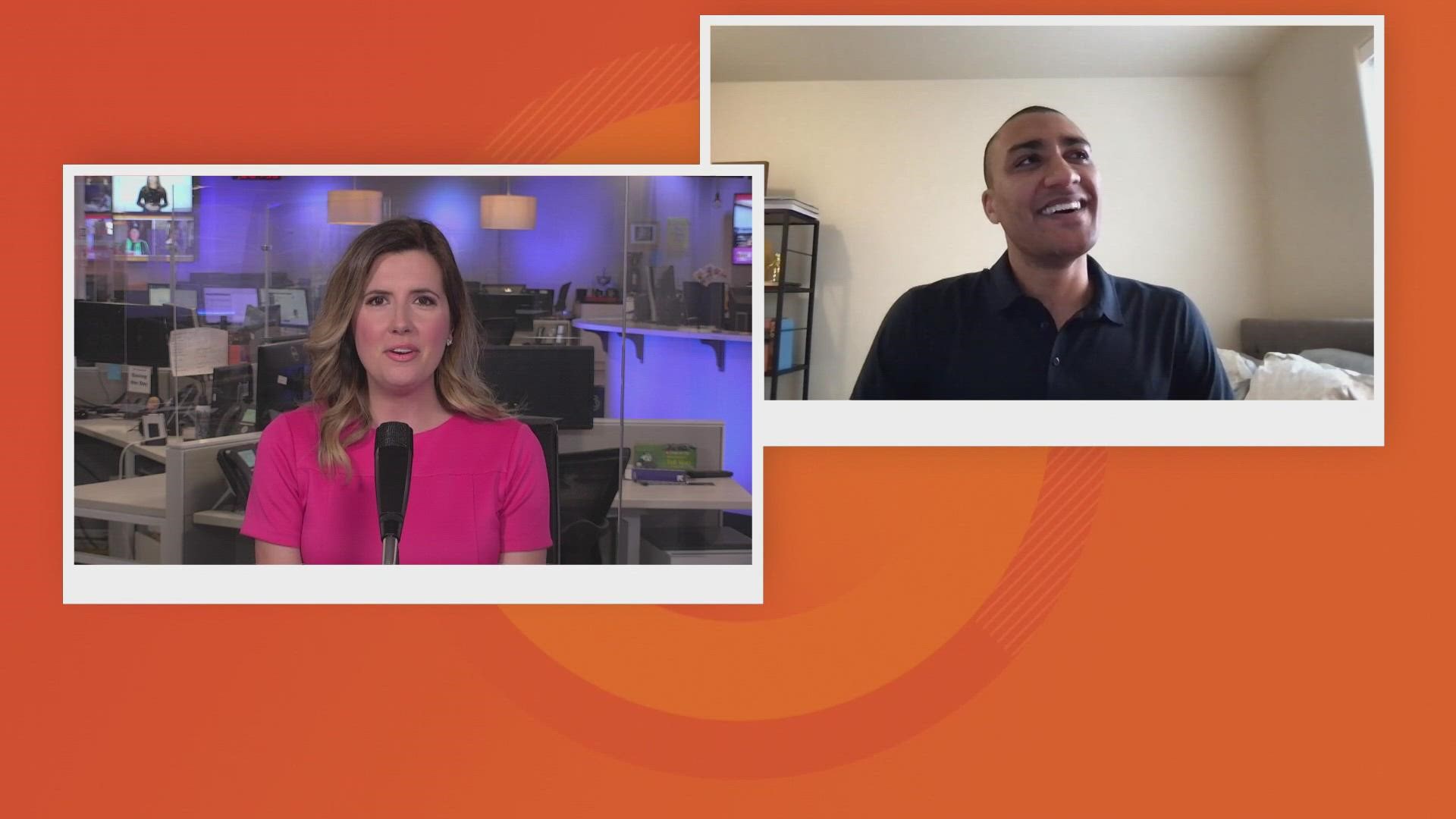