The nonprofits worry the legislation approved by Congress could reduce the incentive for people to give. 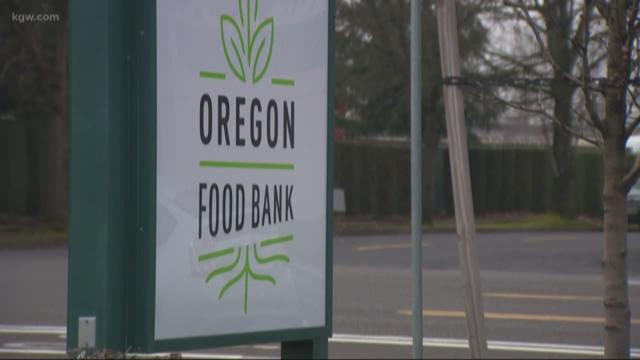 PORTLAND, Ore. -- Many Oregon charities fear they could see fewer donations because of the new tax plan. The nonprofits worry the legislation approved by Congress could reduce the incentive for people to give.

“We're concerned, but we don't know yet,” said Jon Stubenvoll, director of advocacy for the Oregon Food Bank. “In a year, we'll know better what the impact is going to be.”

The Oregon Food Bank has 75,000 individual donors who make contributions to help the organization.

“Certainly we're concerned that some of those folks may look at their potential tax bill and make some different decisions about their contributions,” explained Stubenvoll.

Under the new tax bill, the standard deduction or amount taxpayers can subtract from their taxable income without listing or itemizing deductions on their tax returns will rise to $12,000 for individuals and $24,000 for married couples.

A higher standard deduction means fewer taxpayers will itemize their deductions on their tax returns, reducing the incentive to give to charities.

Nonprofit advocacy groups warn hundreds of nonprofits could be affected in Oregon. A decline in contributions could be devastating to people who rely on charitable nonprofits for everything from food and shelter to job training.

Additionally, the Nonprofit Association of Oregon fears a decline in charitable giving could negatively impact the overall economy. Nonprofits employ more than 183,000 people in the state of Oregon, according to the NAO.

“That represents 12 percent of the private workforce here in Oregon. That's larger than manufacturing in Oregon so if we see job losses in the charitable sector, that's actually contradiction to what this bill was supposed to do," said Jim White, executive director of the Nonprofit Association of Oregon.

Oregon Congressman Greg Walden argues the bill provides a significant tax cut, allowing people to keep more of their money and spend it how they like, including giving to charity.

“Nearly 70 percent of taxpayers in our district already take the standard deduction and they don't itemize,” said Walden (R-Oregon). “Now, even more Oregonians can realize even greater tax savings by simply taking an expanded standard deduction rather than itemizing.”