Oregon pinot noir is so popular that some winemakers elsewhere are making false links to the state's viticultural areas for their own wines. 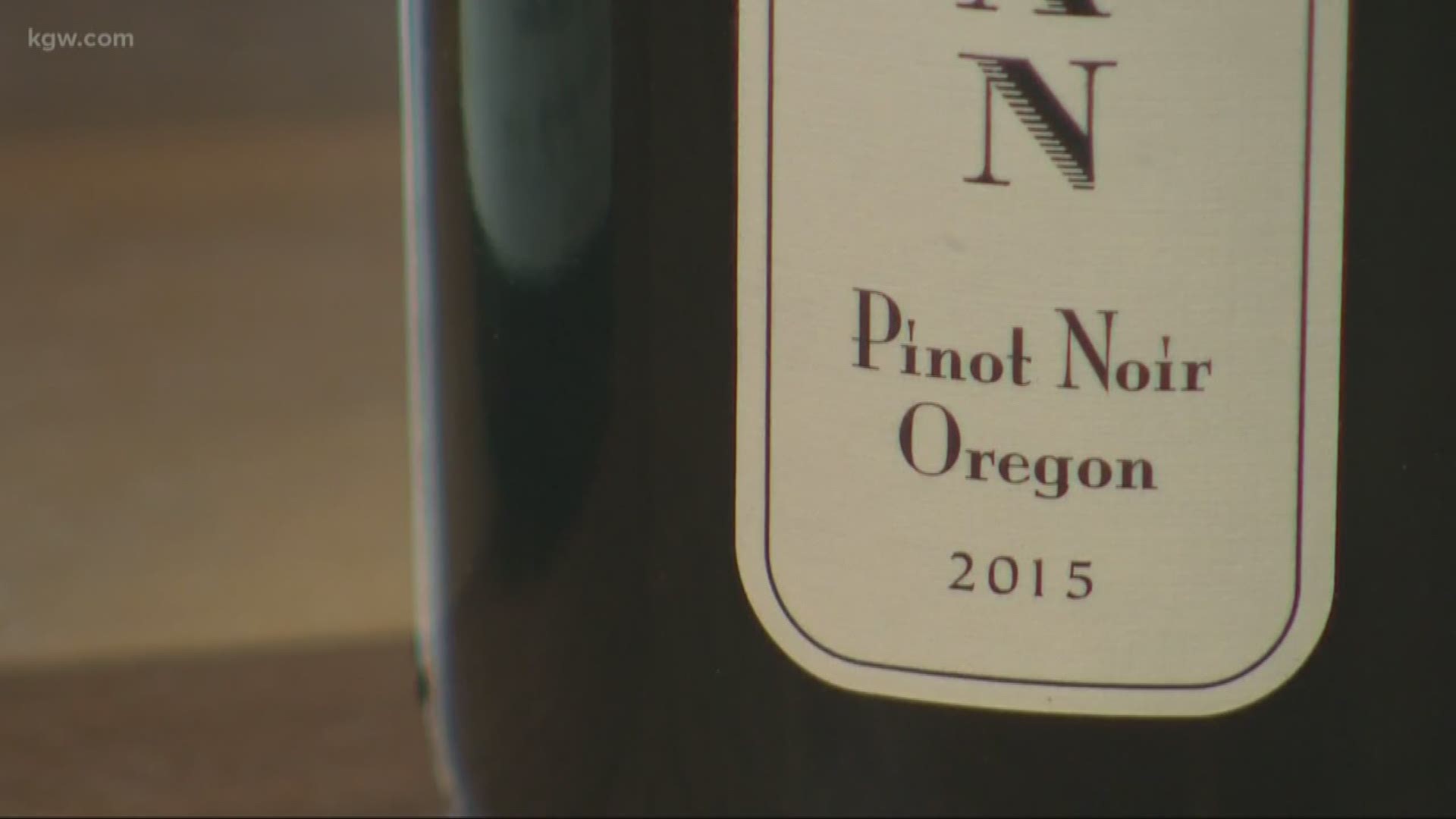 SALEM, Ore. — Oregon pinot noir is so popular that some winemakers elsewhere are making false links to the state's viticultural areas for their own wines, and might be breaking the law, experts testified Monday at a hearing at the Capitol.

Rep. David Gomberg said he noticed this was a problem when he saw wine that was made in California labeled as an Oregon coast pinot noir. That variety of grape is not grown on the Oregon coast, said Gomberg, who represents a coastal district in the Oregon House.

While winemakers elsewhere can import grapes grown in Oregon for their wines, they need to be careful about making claims, witnesses testified before the House interim committee on economic development and trade.

Producers of wine with "fanciful" names that violate regulations could face up to a $25,000 fine for each bottle sold in Oregon, witnesses testified.

Cardboard cases carrying pinot noir from California-based Elouan wines refer to three viticultural areas in Oregon — The Willamette, Rogue and Umpqua valleys. But under Oregon rules, three viticultural areas cannot be cited in one wine. If a wine label claims or implies it's from an American Viticultural Area within Oregon, 95 percent of the grapes must be from that appellation of origin, according to the Oregon Wine Board.

Another pinot noir wine made in California, The Willametter, says on its label that it is sourced from the "Territory of Oregon." But the Territory of Oregon fell out of existence when Oregon became a state in 1859.

Witnesses at the hearing said some out-of-state winemakers need to check their maps and history books.

Elouan wines did not immediately return a phone call or email seeking comment. The San Francisco Chronicle, in an article published recently, called the labelling "fanciful."

“We’re not misrepresenting where the fruit is from at all,” said Joe Wagner, owner of Copper Cane.

In a phone call with KGW Wagner denied doing anything illegal.

But Wagner admitted, there will likely be some regulation changes that come out of all this.

The Oregon Department of Justice has been asked to investigate.

Oregon now has 769 wineries and 1,114 vineyards with an annual statewide economic impact of $5.61 billion dollars with 30,000 jobs created, Danowski said.