Ron Storms is embarking on this journey to honor his aunt, Jane. She has special needs and is prone to seizures. 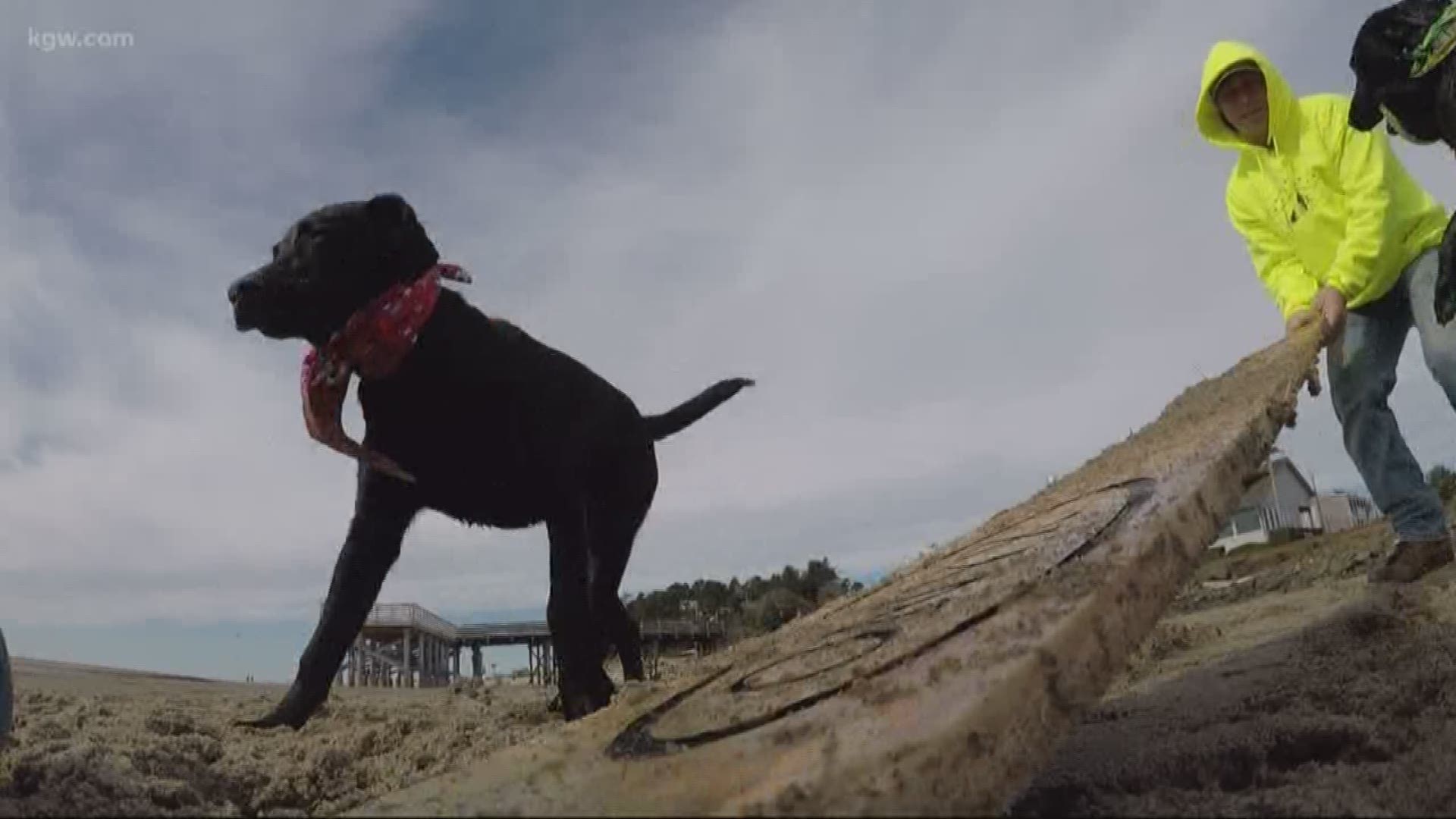 LINCOLN CITY, Ore. — Eight years ago, Ron Storms had an idea.  He wanted to raise money that would help train service dogs.

It wasn't until 2013 that the idea started gaining traction. He adopted a puppy and named him Onyx. Onyx is now an 85-pound black lab, who Storms sometimes jokingly calls the Energizer bunny.

Originally from Pennsylvania and now living in Lincoln City, Storms is planning a cross-country bike trip fundraiser. He says along the route, he'll set up fundraisers. All the money he raises will be donated to the Pennsylvania nonprofit, Canine Partners for Life.

The nonprofit specializes in training service dogs. A spokesperson for the company says it costs around $30,000 to train one dog.

Onyx will also join Ron on the trip, pulled in a carrier behind his bike.

Credit: Ron Storms
Ron Storms on his bike with Onyx in the back

"He's ready. If I exercise him, he's fine. But if he doesn't get the exercise, he carries on a little bit. As we're biking, he'll whine a little bit. We enjoy the scenery, we bike all through the mountains here, we're ready."

Ron is embarking on this journey to honor his aunt, Jane. She has special needs and is prone to seizures.

"She was a part of my life, my whole life. That's why I'm doing it for her, to honor her," Storms said.

He's hoping she'll join him in Pennsylvania at the finish line.

Every night, he'll sleep in a Snoopy doghouse style tiny home that's mounted on the back of his truck that his girlfriend Meghan Shreiner will drive. The house is complete with a kitchen, portable shower and even a toilet.

"So we got everything in here we need," Storms said while showing off the inside of his new home.

The pair will also be posting regular updates to their website.

When the roads are too dangerous for Onyx to ride in back or he needs out, Storms has a custom chainsaw carved likeness of the dog to take his place.

Storms knows how far he plans on traveling each day, but is in no hurry to reach the end. He figures the whole trip should take about 6 months.