As 64-year-old Steve Taylor is the oldest competitor in the new show that has humans testing the limits of strength, speed and stamina against real grizzlies. 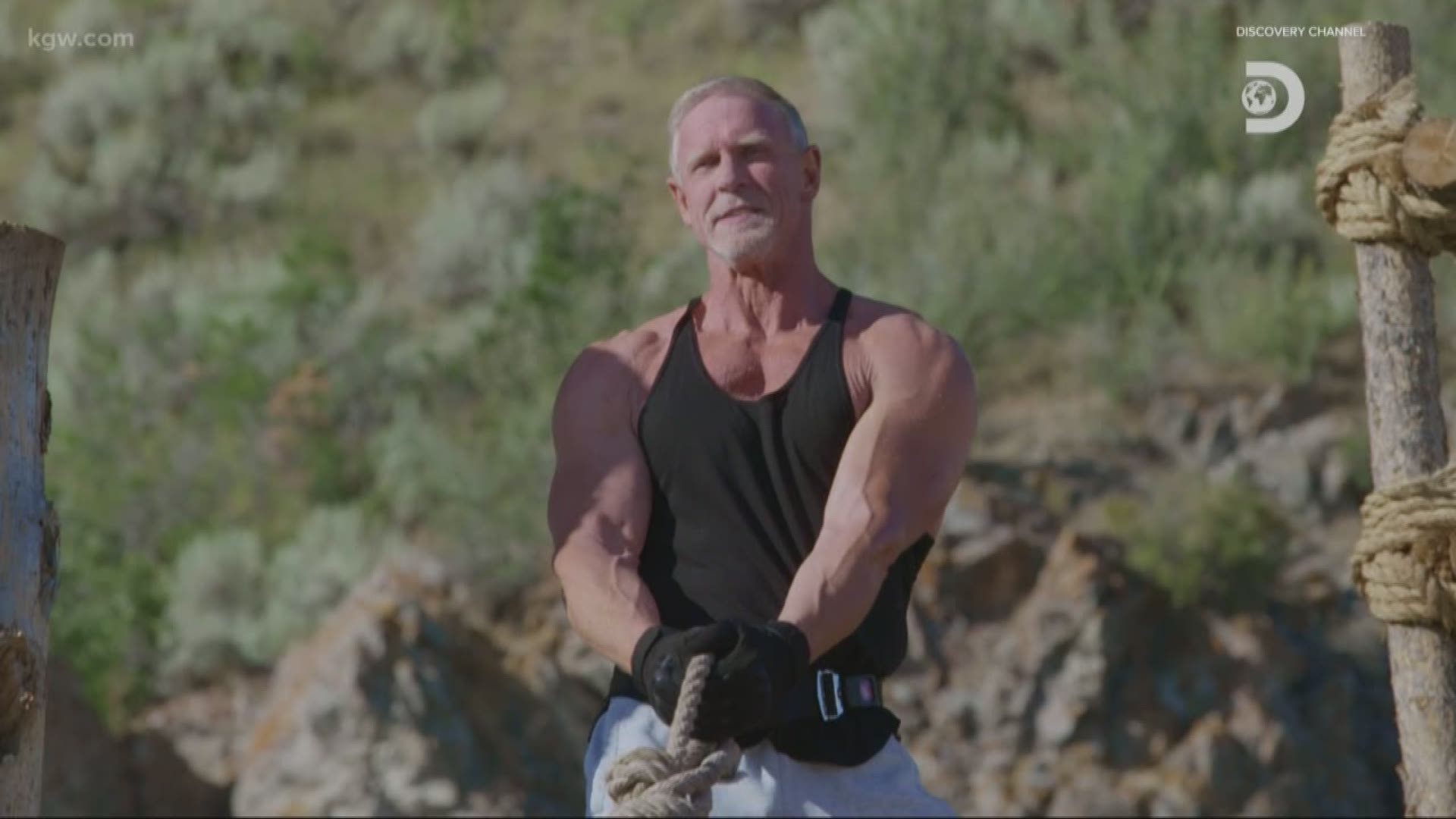 PORTLAND, Ore. — It’s a show like you've never seen before, and an Oregon man is part of it. Steve Taylor of Bend will join a group of competitors pushing it to the limit against bears on national television.

The new Discovery Channel series "Man vs. Bear" previews Wednesday night featuring 64-year-old Taylor. He is the oldest contestant of the season but tells KGW that when it comes to competing against a bear, age is just a number.

“I'm always the old guy because they don't have an age group old enough for me,” Taylor said.

Taylor is used to pushing his body. He’s garnered a reputation for showing up guys ten to twenty years younger than him in national competitions focusing on men's physique.

He is not shy about showing off his muscles and says his Instagram page is basically an homage to his shirtless self. It’s those brawny photos, however, that caught the attention of the Discovery Channel for their new show.

“They asked me to be on their show, which I was kind of taken aback when they told me the name. They said, ‘You want to be on a reality TV show? It's called ‘Man vs. Bear’ And I thought, 'Oh wow, that may not be good,'” Taylor said.

Not good for your ego, but it sure makes good TV.

So, Taylor traded in competition with oiled up hunks for a chance to take on a big burly bear.

“I just banked on the fact that they weren't going to let me die,” Taylor joked. “They're freakin' huge and this one was nine feet tall, 1,400 pounds.”

Each week, three Grizzlies – Bart, Honey Bump, and Tank – take on three new human competitors to test the limits of strength, speed and stamina. All the challenges are based on the bears’ natural instincts as well as predatory skills and actions – whether it’s a monumental game of tug-of-war or using brute force to roll giant logs.

Competitors earn points for their victories. Each week, the person with the most points is named champion.

If Taylor wins in this week's episode, he'll be back to join all the other champions in a final competition.

“I knew the other contestants would be quite a bit younger than me and so I thought, well, let's give this a whirl. Hopefully I won't embarrass myself too much,” Taylor said.

Taylor was 63 when Discovery shot his episode, which makes him the oldest contestant of the season. He's 64 now and says the "old man” moniker has never been a barrier to his competitive confidence.

MORE: Free baby? 70 years ago Fred Meyer had a strange giveaway for a store opening