The gun safety education would not be mandated. Parents could opt their children out. 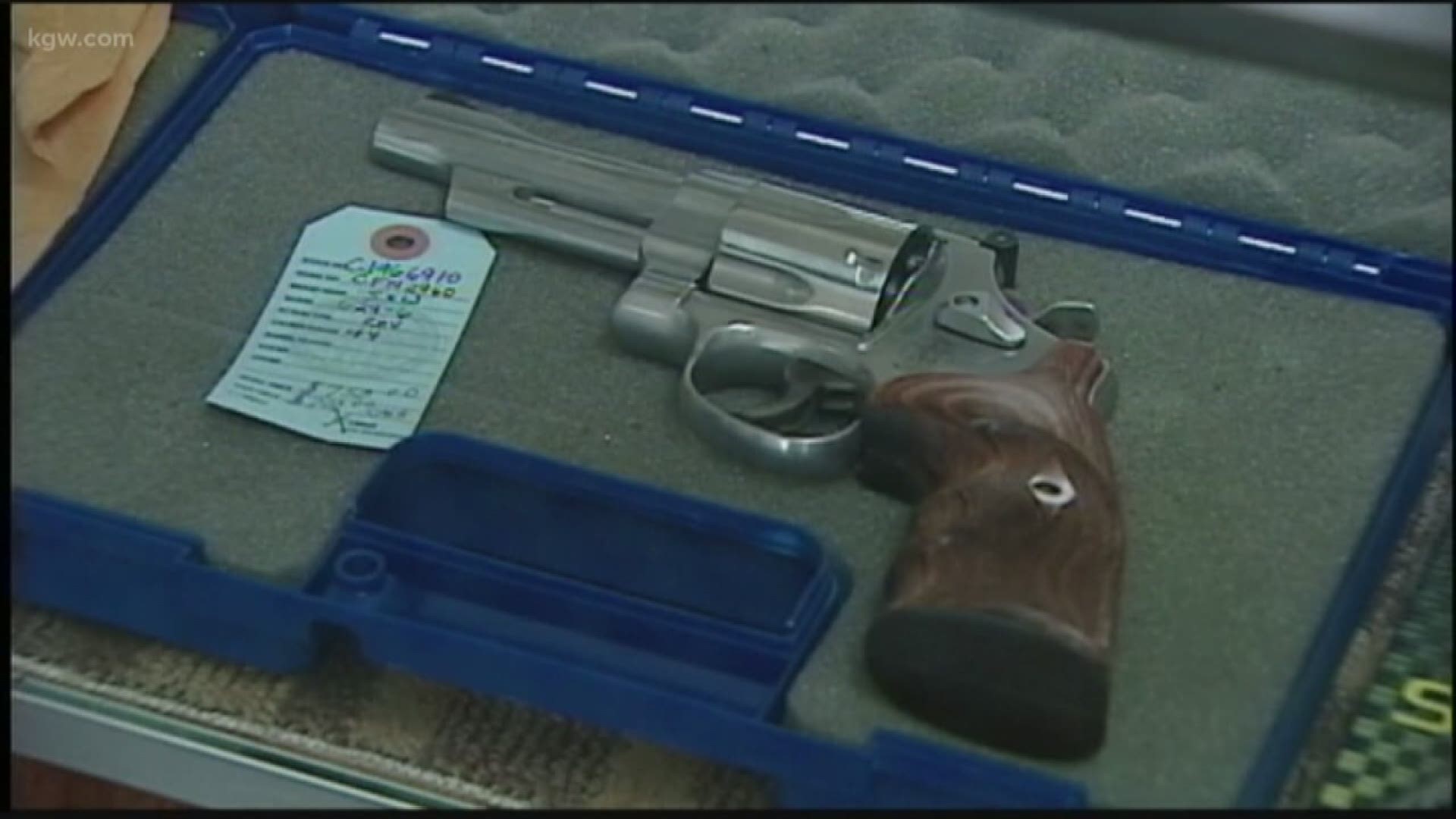 SALEM, Ore. — New legislation would allow first-graders in Oregon to learn about gun safety in schools.

Senate Bill 801, if passed, would allow schools in Oregon to teach first-graders about gun safety. It wouldn’t be mandated and parents could opt their kids out.

Behind the bill is Derek LeBlanc. He’s a man who has made it his mission to educate kids on what to do if they encounter a gun.

“I had this idea on a Sunday in a coffee shop in December and that night there was a kid that died 20 minutes from my house. So this is something that's my fuel to keep going and to make sure that I can reach those ones that need our help,” said LeBlanc, President of the nonprofit Kids S.A.F.E Foundation.

S.A.F.E. stands for Safety Around Firearms Education. It’s an organization out of Eugene that teaches firearm safety and accident prevention to kids.

“What I’m trying to do is open a conversation. Whether you like guns or don't like guns, your kids could be exposed somewhere,” LeBlanc said.

He said first-graders are at the age where they don’t have enough life experience to draw from to make safe decisions.

“Statistics drive everything we do, and from about 4 to 8 that's when they're most vulnerable because they don’t have the life experience or the maturity to make good decisions if ever put in the position where there’s an unsecured firearm,” he said.

The proposed bill says the 30-minute class would have to be taught by a teacher, administrator, law enforcement officer or first responder.

It wouldn't involve any real guns or ammo, but would teach kids how to respond if they encounter the real thing. The class would also address the difference between video-game violence and real-life violence. The goal would be to educate kids, not politicize the issue around guns or gun ownership.

LeBlanc said his nonprofit has already reached 15,000 kids in Oregon, Washington, and Northern California. This year alone, he said he’s taught gun safety to about 4,400 children.

“Taught them those life-saving skills, which is stop, don't touch, run away, tell a grown-up,” said LeBlanc.

Some parents say they're all for the idea.

“I feel comfortable with kids learning about gun safety in school in order to be safe in case they do encounter a situation,” said Marie Selby, who has two daughters.

“That’s something I worry about as my children are getting older, is the different environments they may encounter where I may not know in advance that the family has a gun, and for my children to know what to do in the case of any safety emergency,” she said.

Others are all about helping kids stay safe, but are worried about opinions making their way into the classroom.

“It's too hard for a teacher to not put their opinions in,” said Tanya Oatman who has a daughter and young grandchildren.

LeBlanc said the purpose of the legislation is not to push guns, it's about pushing safety.

LeBlanc is a firearms safety instructor. He said about five years ago he realized that through teaching parents and adults how to safely use a gun, their kids may also be inadvertently exposed. That’s why he began his nonprofit to educate kids.

He worked with Senator Lee Beyer and Representative Sherrie Sprenger who are sponsoring the bill. LeBlanc said Senator Tim Knopp also helped him with wording as he drafted the bill. SB 801 is still in its beginning stages.