The purpose of the hearings is for legislators to learn more about the struggles people still face and determine what the state can do to help. 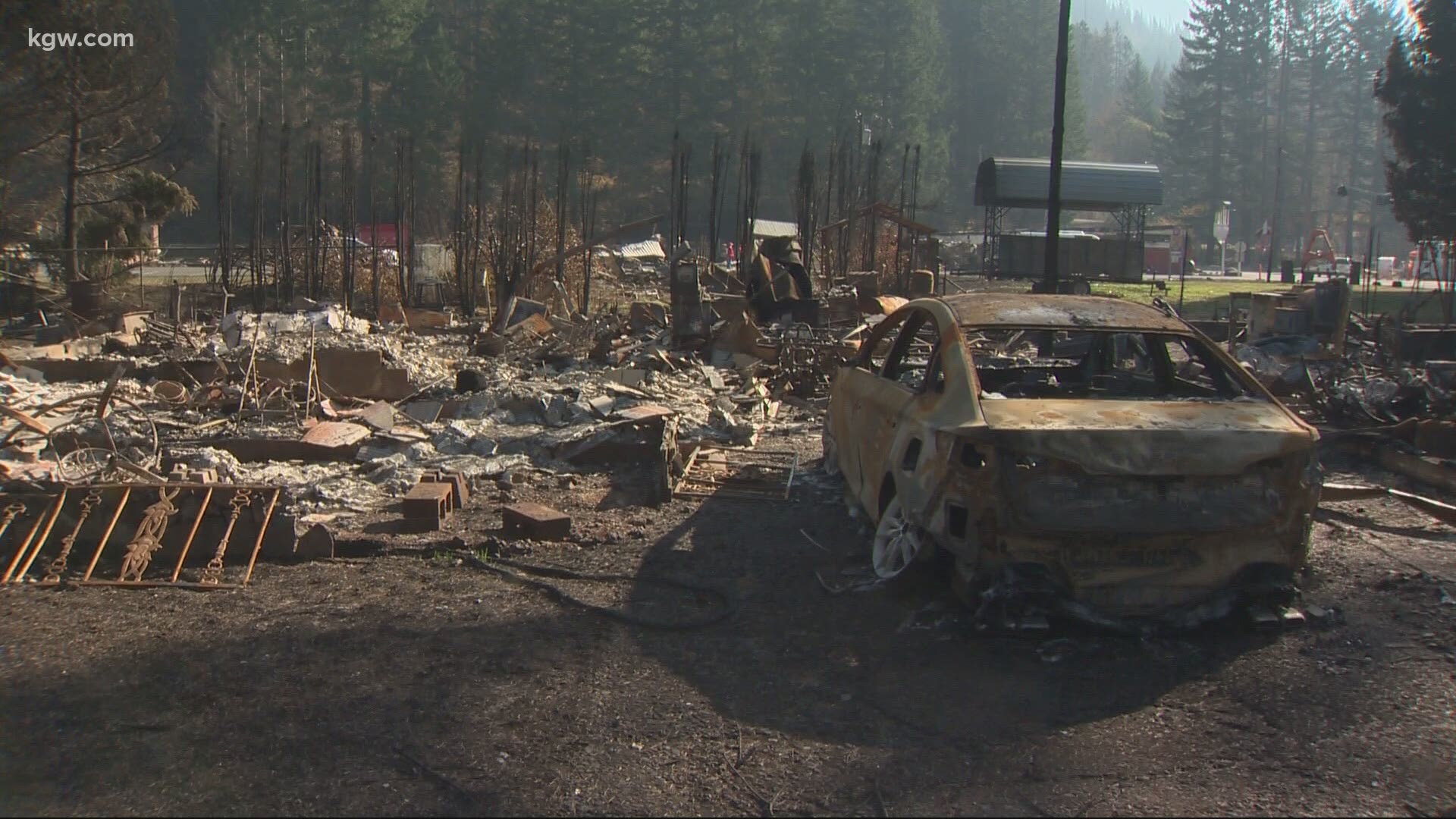 SALEM, Ore. — People in fire-affected areas of Oregon gave lawmakers a glimpse into their lives now, almost six months after the fires in September.

The purpose is for legislators to learn more about the struggles people still face and determine what the state can do to help.

“My truck was so hot. I thought, ‘Oh my God, I’m not going to get out of here,” recalled Kevin Cameron, a Marion County commissioner who calls the Santiam Canyon home.

He, and many others who live in the canyon, were first in line to talk about their experiences and struggles on Monday evening at a meeting that lasted almost four and a half hours.

One of the complaints that kept coming up involved the difficulty of acquiring federal aid from FEMA.

Ron Carmickle the Mayor of Gates said he had asked for help from FEMA. Everything seemed like it was going well at first, but then he was constantly asked to produce documents he lost in the fire.

“You soon realize nothing will ever be the same in Gates. 91 homes were destroyed plus two mobile home parks and a motel,” said Carmickle, who said those losses account for half of the residents being displaced.

“They’re promising one thing, they say one thing, then it’s coming down to 'oh where is this documentation' that they already had,” said Brandon Kirk.

Some people also said during the fire there wasn’t an adequate warning to get out.

“They need to look at the warning systems that are in place to warn people. This could have cost a lot of lives. Praise God it did not,” said Larson-Hills.

“The Forest Service hadn’t told anybody to leave. They hadn’t sounded any alarms or anything,” said Stephen Galbraith, who has lived in Detroit 54 of his 58 years.

“They left it up to us people in Detroit to figure out to get out of there,” Galbraith said. He also wondered why the fires weren’t extinguished before they got out of hand.

“Why didn’t they stomp those fires out when they were small,” he said.

Larson-Hills said she had been waiting to see firefighting planes overhead, but they never came.

After hearing concerns from residents about the fire and how long it had burned prior to spreading into the Santiam Canyon, Representative Brian Clem, Chair of the committee, said legislators would need an entirely separate hearing on why the Forest Service didn’t put out the fire sooner.

Commissioner Tootie Smith, Chair of the Clackamas County Board of Commissioners said Oregon’s third-largest county saw nearly 200,000 acres go up in flames with 62 homes burned, along with 200 other structures.

Stacia Hood, an architect who has helped about 25 families in the McKenzie River Valley rebuild also spoke, saying building costs are up from last year, making it less affordable to build a home.

On the coast, Julie Starr, who is a Lincoln County resident said she’s also heard about price gouging concerns. She said it costs $50 for one sheet of 4x8 plywood when six months ago, it was about  $24.

Starr said there needs to be better communication and information distribution in the future.

“The communication was just so lacking and confused,” said Starr.

She said since the fire, she’s moved six times. Now, she’s back on her property living in a travel trailer.

“I’ve gotten no help from anyone to do this [rebuild]. No help from FEMA, no help from all these different agencies because it’s so confusing who helps who,” said Starr.

Meantime back in the Santiam Canyon, many of the small cities are struggling.

“A lot of people in the canyon are getting to the anger stage, where we’re like, ‘Why doesn’t Detroit have water?’ We’re gonna be at the six-month mark in two weeks and Detroit doesn’t even have running water? Where’s the government assistance for that,” said Kirk.

“We hear help is coming but no one shows up. Just more hearing promises and stagnation. We need help now, not weeks or months from now, but today,” Carmickle said.

“I don’t want to see Detroit die and it’s headed that way if we don’t get help,” said Larson-Hills

“We do need help in the canyon. We feel like people are forgetting about us,” said Kirk.

On Wednesday night, at 5:30 p.m., elected officials will get a chance to speak to the committee.

Then lawmakers will work on developing wildfire recovery legislation that’ll hopefully help the people they heard from over the past week. 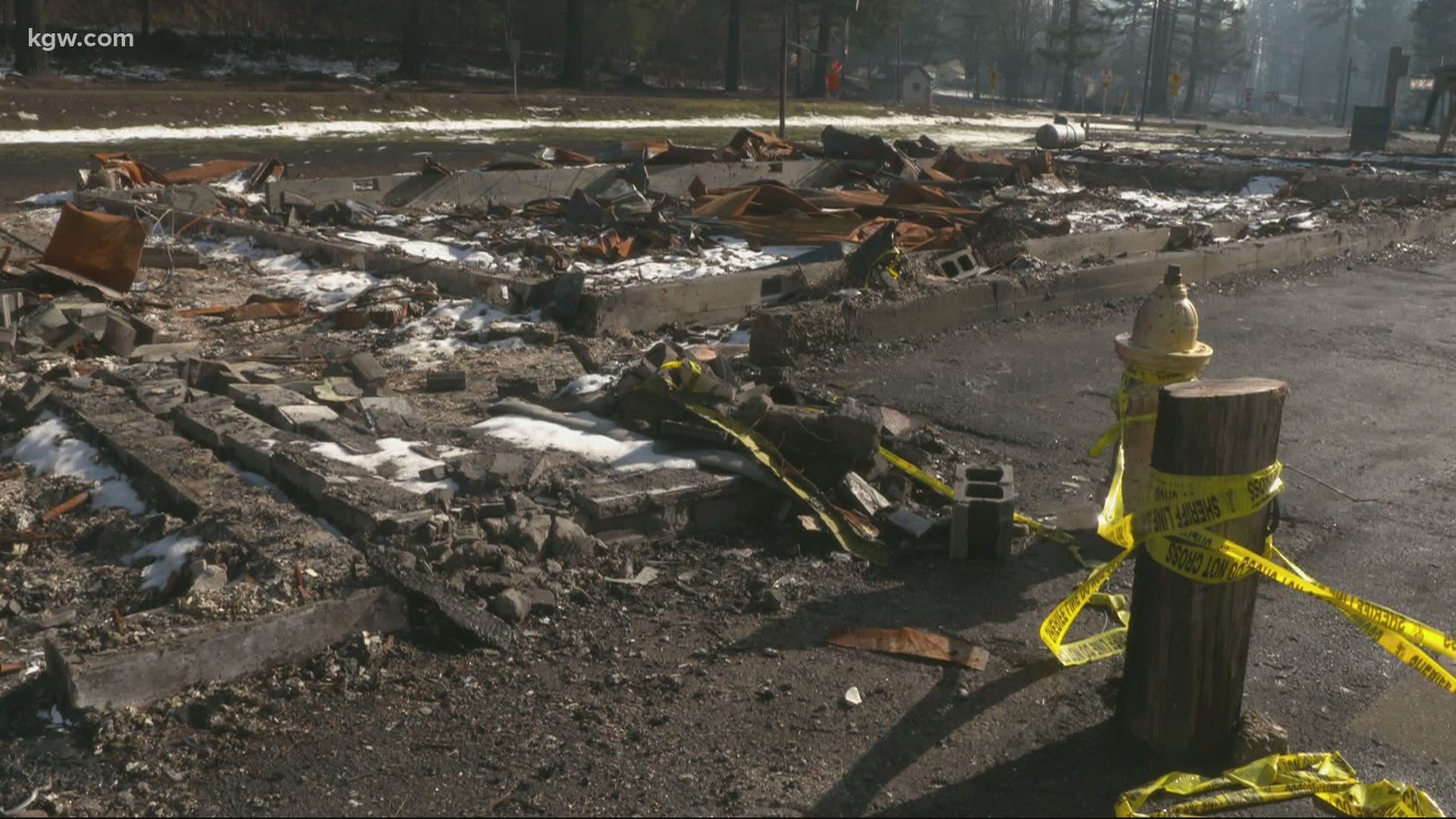