It was the first time the air show was held as a drive-in, and the U.S. Air Force Thunderbirds performed at the event for the first time in nearly a decade. 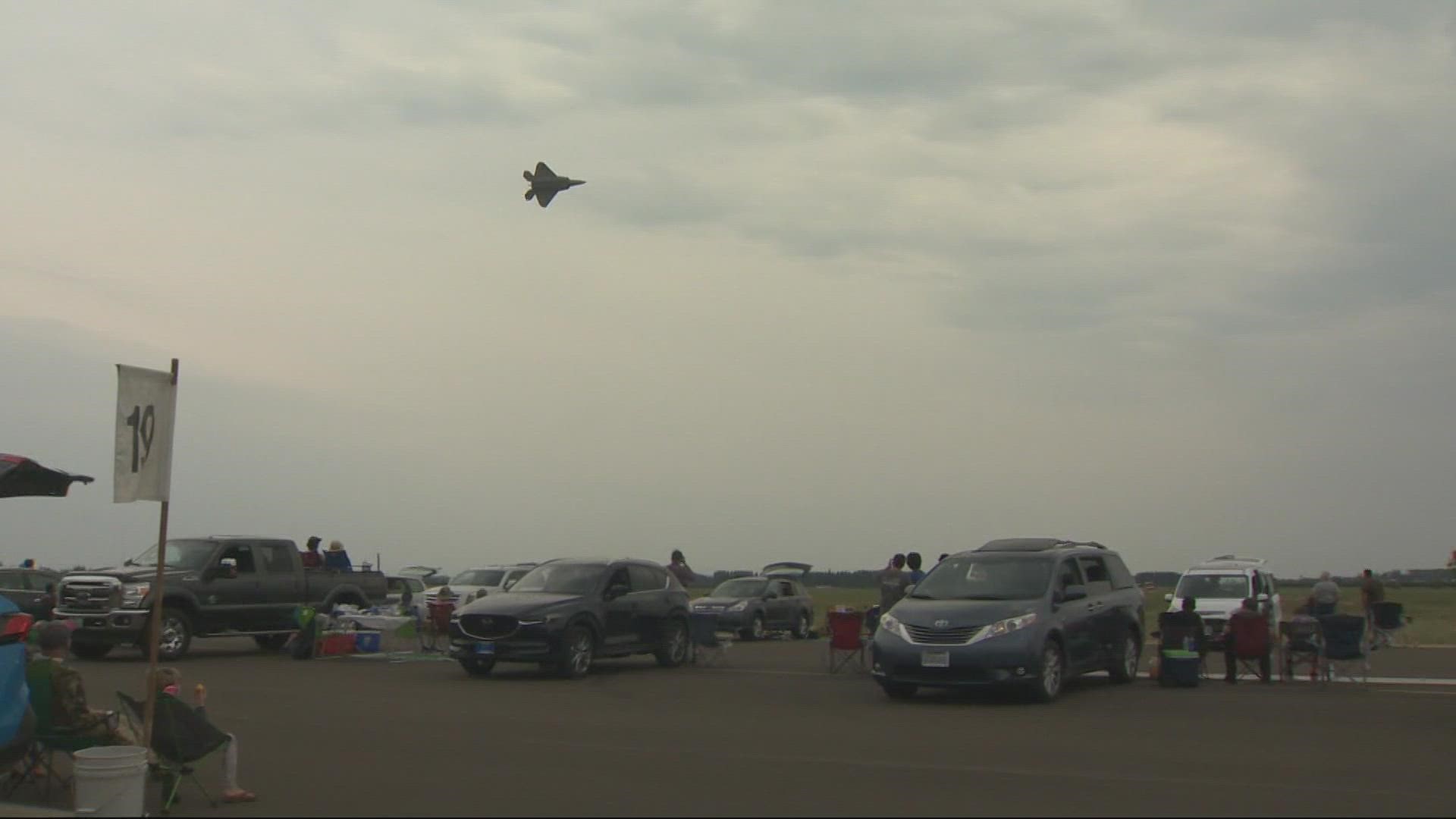 MCMINNVILLE, Ore. — While the pandemic is still a very real part of our lives, many events that were canceled or postponed last year are making a comeback. That includes the Oregon International Air Show.

On Saturday, thousands of parked cars lined up at McMinnville Airport for the air show, which is running from Friday, July 30 to Sunday Aug. 1. But because of the pandemic, things are a little different this year.

"This is our first drive-in airshow and tailgate party," said Herb Gillen, a spokesperson for the air show.

The pandemic canceled the show last year. This year, Gillen said instead of having thousands of people gather close together, guests can park next to each other while still keeping their distance.

"We went and checked with other shows around the country figured out best practices to bring it here and by all accounts, our fans loved it," said Gillen.

This air show tailgate party worked out well for Daniel Miller and his family.

"It feels a little bit like you've got more open space, you're not crowded right next to someone else,” said Miller.

People are also able to bring their own food and drinks this year, and spectators only have to pay for one ticket per car — not per person.

Additionally, the U.S. Air Force Thunderbirds are flying at the event for the first time in nine years.

RELATED: Street of Dreams is back and features homes at different price points

Organizers said the event took a lot of planning to come together. Tickets to the air show must be purchased in advance.

In May 2022, the air show is expected to return to the Hillsboro Airport, where it is traditionally held.

Also in Hillsboro, the Washington County Fair is also back in full swing this weekend after a year on hiatus due to the COVID-19 pandemic.

"I think we're right at what we expected. We know people were enthusiastic to get back to something like a fair of course," said fair coordinator Lisa Dupre .

Even though things are a little different this time around for events organizers say it brings a little sense of normalcy.

Admission to the fair is free but there is a parking fee.