The proposal defines an assault weapon as any semiautomatic rifle that has the capacity to accept a detachable magazine, and any feature like folding or telescoping stock, or that can accept more than 10 rounds of ammunition. 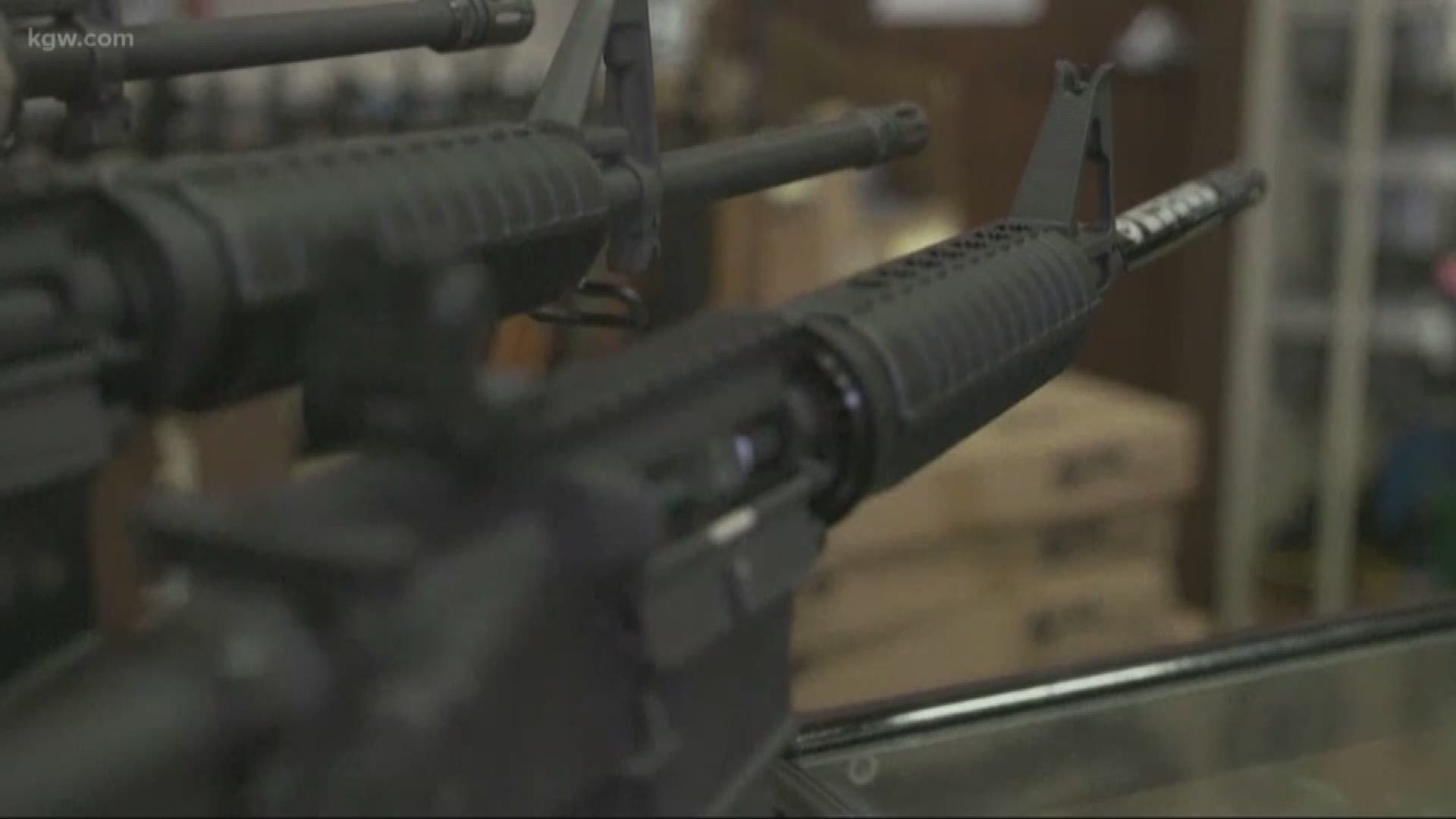 A proposal to ban assault weapons and high-capacity magazines in Oregon has been submitted as a ballot initiative petition intended to prevent mass shootings.

Filed by an interfaith religious group in Portland, Initiative Petition 43 would also require legal gun owners to surrender or register their assault weapons or face felony charges, according to language released Tuesday.

The group said it aims to get enough signatures to put the measure before voters in the November general election.

On Monday the chief petitioners, flanked by about two dozen teenaged and adult supporters, turned in 3443 signed petitions, far more than the 1,000 signatures needed to begin the ballot title drafting process. If the petition passes scrutiny by state officials, the group will need 88,000 signatures by July 6 to get the measure on the ballot, according to the Oregon Secretary of State website. The initiative could also face court challenges.

“We recognize that there are perfectly legitimate uses of guns for self-protection and hunting that make a lot of sense,” said Rabbi Michael Z. Cahana of Congregation Beth Israel and one of petitioners.

“But assault weapons are not used for either of those purposes. Many of these weapons exist only for killing and do not belong in civilian hands.”

Students who took part in the petition turn-in agreed with that thinking, and said they will be helping to gather the signatures required to get the initiative on the November ballot.

The proposal would outlaw any sale or possession of assault weapons in Oregon.

It defines "assault weapons" as any semiautomatic rifle that has the capacity to accept a detachable magazine, any feature like a folding or telescoping stock, and that can accept more than 10 rounds of ammunition.

Gun advocates denounced the proposal, saying it represents an unprecedented attack on the public’s constitutional right to bear arms and would outlaw numerous styles of guns.

Even more controversial is the requirement that legal gun owners would need to give up or register their current guns with authorities.

The initiative would require any person in possession of an assault weapon to sell, surrender or remove the weapon from the state, or render it inoperable, within 120 days of passage, according to the language.

A person that wanted to keep their assault weapon would need to register it with the Oregon State Police. OSP would look at a person's criminal record — and other information — to determine whether they are "disqualified from possessing the weapon."

Any violation would be a Class B felony.

For many, the proposal represented a step far beyond typical gun control measures.

“This is completely out of hand — I couldn’t believe it,” Oregon Rep. Bill Post, R-Keizer, told the Statesman Journal Tuesday night. “I’ve been told so many times by people in favor of gun control: ‘No one is coming to take your guns.’ This explicitly comes for your guns.”

Text of Oregon Initiative 42 by Statesman Journal on Scribd

Where is this coming from?

The initiative was sparked by the recent spate of school shootings, said one of the petitioners, Pastor Mark Knutson of the Augustana Lutheran Church in Portland.

"Young people in this country are crying out," Knutson told the Associated Press. "This is the moment in time where we need to step alongside them as adults and do our part with them."

The group intends to tap the same young Oregonians that have been marching in recent protests against gun violence to help circulate the petition for signatures.

"They may not be able to vote, but they can collect signatures, and it's right for them to do that," Cahana said. "We'll also work through the networks in our congregations to highlight the issue."

Post said he didn't expect the initiative petition to be successful and noted that no Democratic leaders had voiced support of the proposal.

"This got zero comment or help from anybody in Oregon's Democratic leadership," Post said. "The reason they're not supporting this is that they're not stupid. They know this would bring out the greatest red wave of votes in Oregon history."

Jim Moore, director of the Tom McCall Center for Policy Innovation at Pacific University, said the proposal would face a steep uphill challenge.

"The challenge is not just getting signatures and people to vote for it — which won't be easy," he said. "The bigger issue is that this will be challenged very strongly in the courts.

"This goes much father than anything that's been proposed in Oregon's political culture, and I think it will be a pretty tough sell," Moore said.

Post said he planned to introduce "common sense" legislation in coming days or weeks that addresses gun violence in schools.

"We must do something," Post said. "But this is crazy."

KGW contributed to this report. 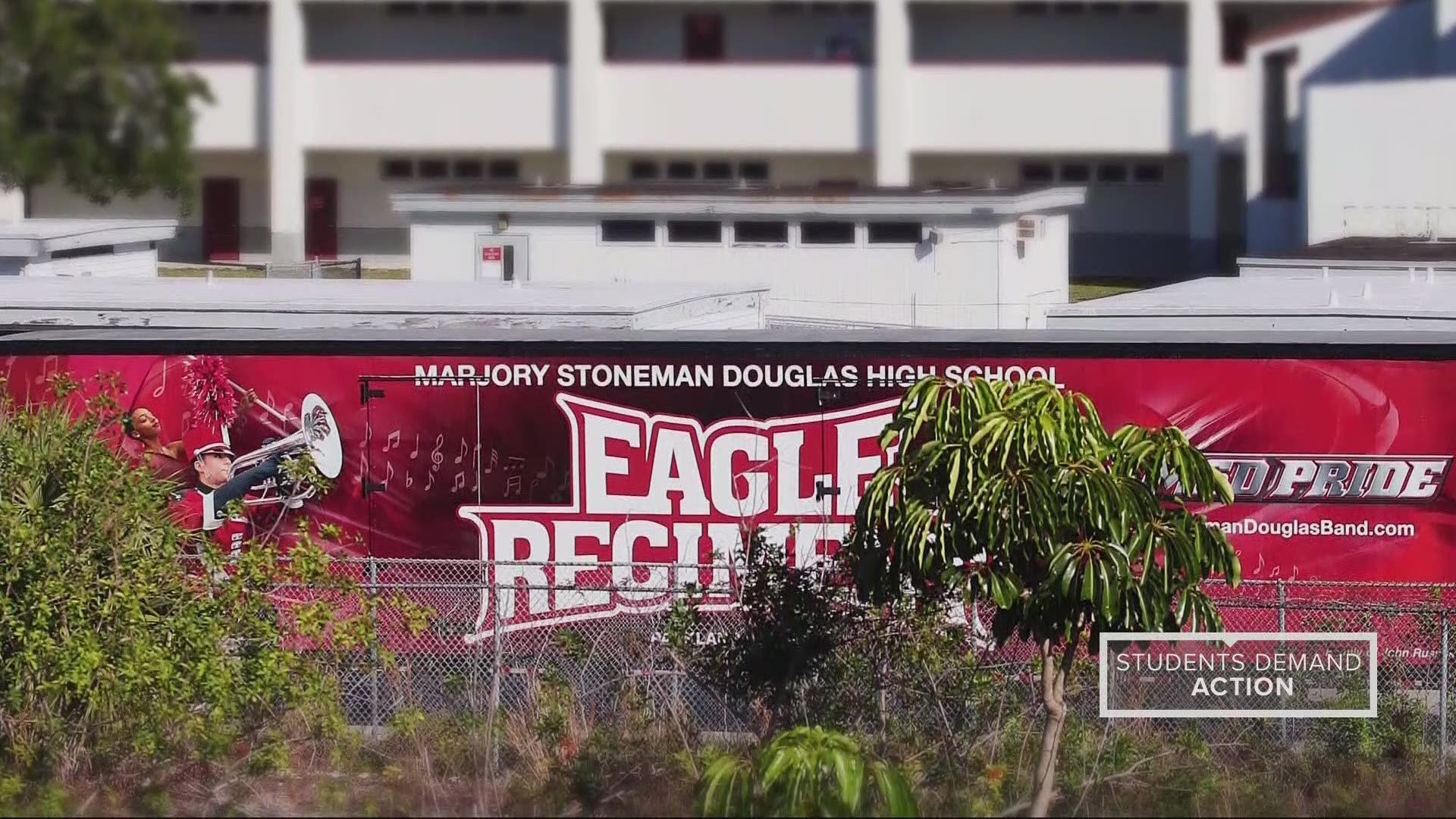