Moving forward by turning to the past: Oregon Historical Quarterly takes a deep dive into Oregon’s white supremacist roots

Editors of the Oregon Historical Society’s scholarly journal talk about how understanding the role white supremacy played in our past has impacted our present. 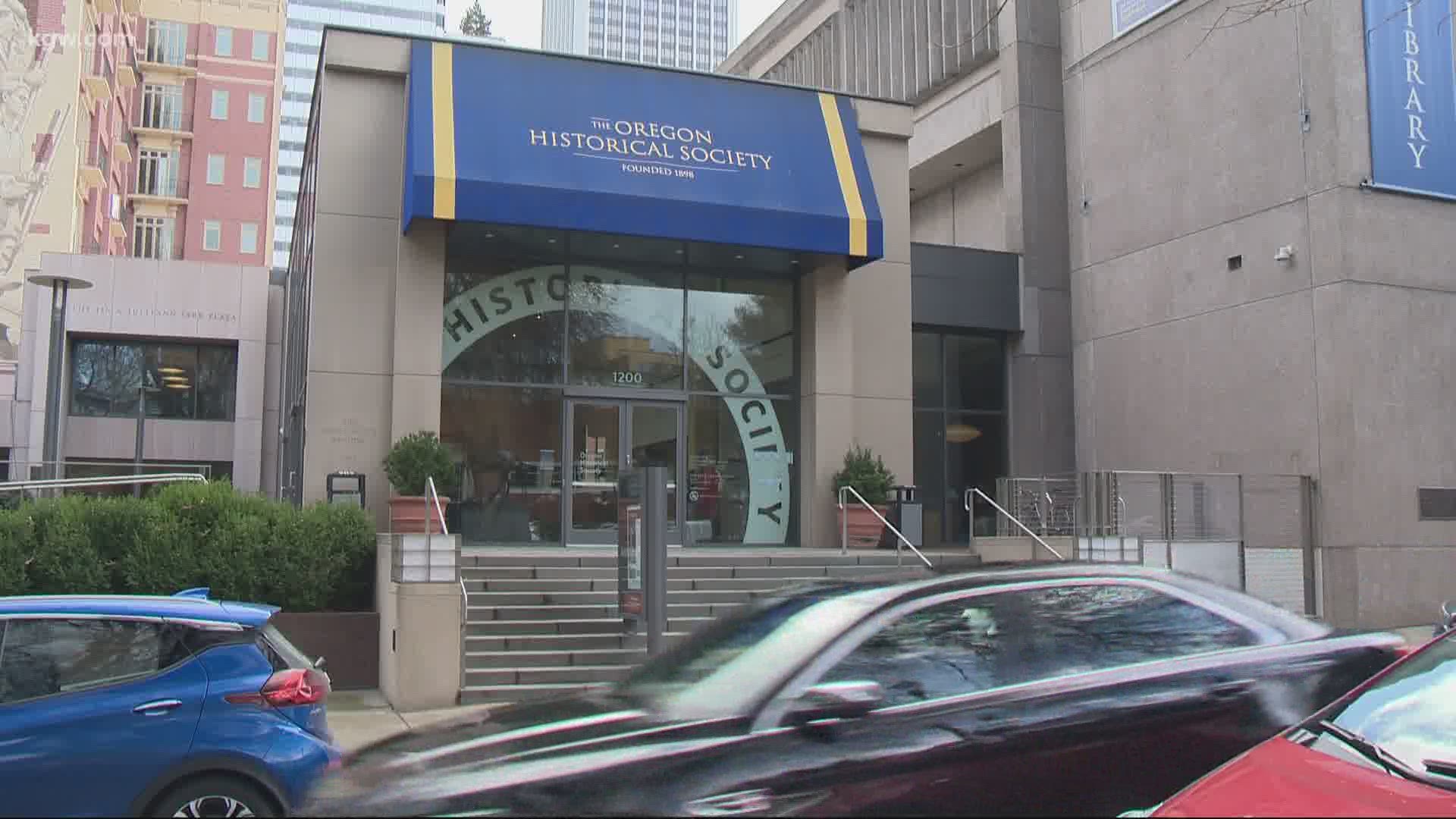 “We’re a scholarly journal we do academic history,” OHQ Editor Eliza Canty-Jones said. “And so being able to get into those complexities and those subtleties in a way that helps surface that structure overall, that’s our sweet spot. That’s what we’re able to do.”

The scholarly journal’s special winter 2019 issue: 'White Supremacy and Resistance’ digs deep into Oregon’s white supremacist roots from glaring to subtle chapters from the past.

The scholar examines a vast range of prolonged white supremacy; from violence against tribal peoples as white pioneers made their way west, to the discriminatory practices in the Labor Movement, and the murder of Mulugeta Seraw, an Ethiopian college student killed by White supremacists in Portland in 1988.

“It’s everything. I mean that’s what I’m saying, our whole society…is formed on a system of white supremacy,” Independent Historian Carmen P. Thompson said. “And people don’t want to accept that, for obvious reasons, right? I mean, I get it, but it is what it is.”

Carmen P. Thompson sits on the board for OHQ. She and Darrell Millner were brought on as guest editors for the winter issue.

“It’s probably the hardest thing that I’ve done outside of my own dissertation,” Thompson said. “Because you have to put a lot of care and work into really unpacking a subject that is so layered and expresses itself in so many different ways and has impacted various other groups of people, besides African Americans.”

The OHQ winter issue opens with a note from Thompson, asking readers to begin reading with an open mind, that the issue does “not put blame onto readers who are labeled as “white,” but it is meant as a call to self-reflection.”

Something that is not always as simple as it sounds when confronting our racist roots.

Thompson says confronting the racist history of the state and country is the first step to learning from it.

“We have to first acknowledge that fact. Then you can go forward,” she said.

“It was important for us to open the issue by acknowledging that it’s not easy to read about this history,” Canty-Jones said. “And that some folks, I don’t think we use this word, but I think we all know that sometimes white folks can feel a little defensive when confronted with history and the legacy of white supremacy because it can feel personal.”

The primary goal of the winter edition of OHQ is to help readers understand white supremacy, not only as the Klu Klux Klan, but as “a collective set of codes, spoken and unspoken, explicit and implied, that society enforces through its institutions, governments, and legal structures in order to keep those deemed as white on top and every other racial group below them — with specific emphasis, in the United States, on keeping Black people at the bottom.”

“Folks who study history, we are in a really good place for being able to see those structures of white supremacy because you really do have that 20/20 hindsight when you look behind you and it can become quite clear,” Canty-Jones said.

That is the hope of this issue: to give historical and blatant examples of how white supremacy is deeply ingrained in our state’s past and breaking down myths of Oregon exceptionalism.

“We are taught these myths because they can make us feel good, right? But who do they make feel good? Who does the myth of the pioneer conquering the wilderness in Oregon – who does that make feel good and who does that totally disregard? A place where people have lived and tended for thousands and thousands of years and crafted a landscape and ecology – how can you call that wilderness? Right? And yet that’s how we often talk about it,” Canty-Jones said.

Investing in our own understanding of the state and nation’s past is essential, according to Thompson, because she says what we learned in school is not the whole story.

“We all, growing up in American society, have the same knowledge. So, that tells you that it is intentional and its part of this overall framework where is the educational system that we have - in elementary, and secondary, and college - is all a part of these structures in American society that reinforces white supremacy and a certain way of thinking,” Thompson said.

The idea to tackle the subject started in June of 2017, soon after one of the most violent acts of white supremacy in Portland’s recent history: the MAX attack stabbings.

Two people were killed and another severely injured while standing up for two women of color on a MAX train in 2017.

“I think those attacks were the most gruesome and dramatic – at that time – really recent example of violent while supremacy in action,” Canty-Jones said. “But of course, it’s a room full of historians and archivist who study and think about the past, and so they know that that was part of a bigger system and a bigger structure of white supremacy that has been in our state and in our nation thought their history.”

The man wielding the knife and racist rant that day, Jeremy Christian, was just recently sentenced to life in prison without parole. While he will spend the rest of his life behind bars, white supremacy is still roaming freely.

The impact of our racial power structure continues to thrive today. For many people of color that fact is unavoidable, for many white people it’s often easily dismissed or downplayed. However, when we open our minds to the past – to the full scope of our historical experience – we just might be able to learn and grow together.

“We have to think about what our history is in service of and at the Oregon Historical Society, our vision is that we foster a better tomorrow when we have an Oregon story that is meaningful to all Oregonians. So, a story that is true and complicated and has the good and the bad and the ugly: that is a meaningful story for all Oregonians,” Canty-Jones said. “So, if we look for history just to bolster us up and make us feel good – we’re really not going to understand who we are and why we are the way we are. But if we look at it as a way to really truly understand where some of our problems and divisions and inequities come from – then we have the tools to address those.”

“I think this is a time when it’s kind of catching on,” Thompson said. “And I do think that we’re at a point where more white people, more than ever, are wanting to participate or at least listen and understand and believe what African American people have been saying forever.”