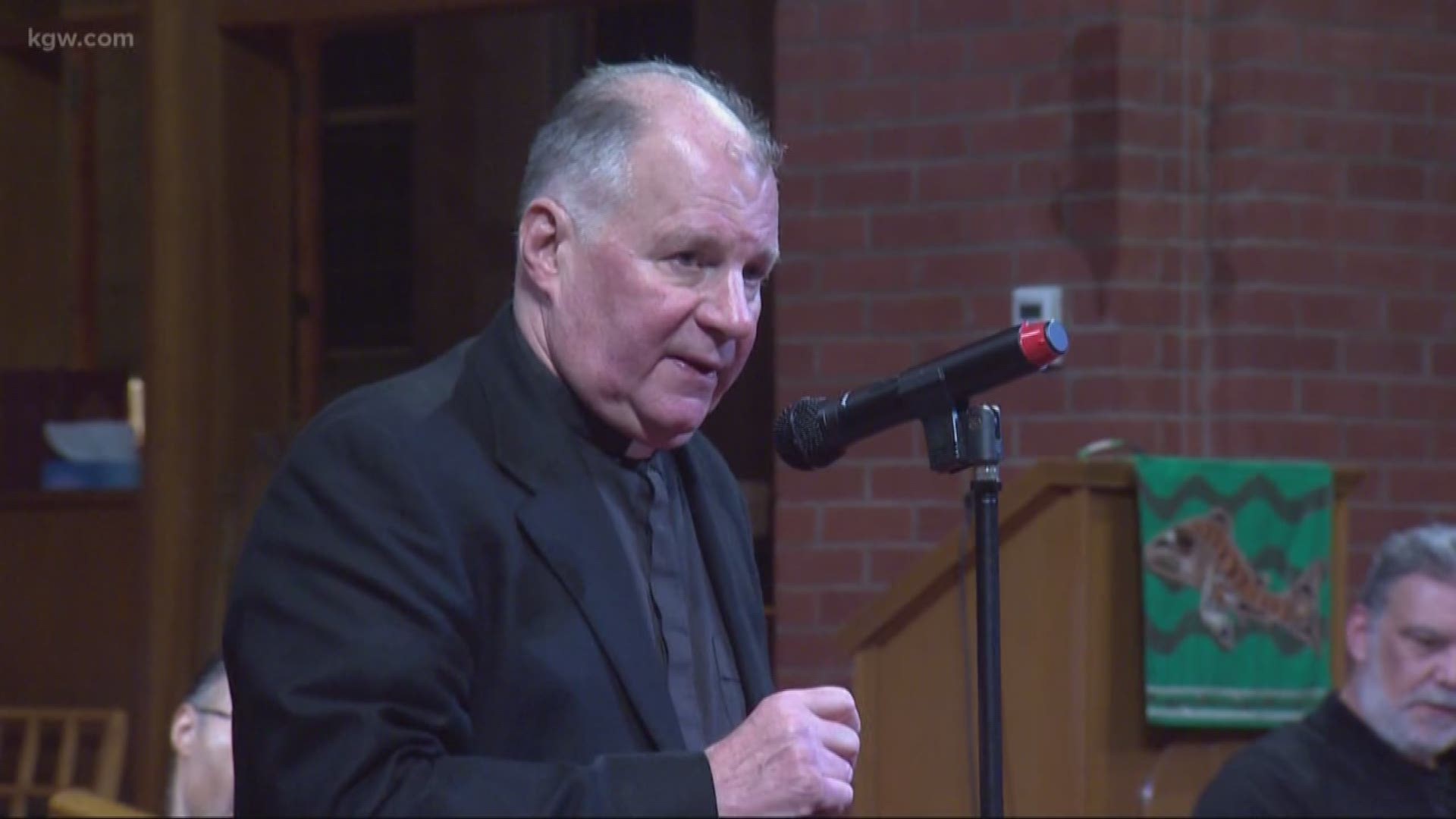 The service was part of nonprofit interfaith group Lift Every Voice Oregon’s fight to end gun violence at the ballot box.

"As clergy and people of faith, we're concerned about human life," explained Rev. Dr. W.J. Mark Knutson, the senior pastor at Augustana Lutheran Church and a member of Lift Every Voice Oregon. "There's a whole generation of students in this state, from preschool to Ph.D, who have had to go through lockdown drills, have to worry about going to the mall, going to a theater, going to a place of worship, and going to school around the threat of mass violence, mass shootings."

The group held a similar service in 2019 to rally support for two bills they were hoping to get on the ballot. The bills proposed banning assault weapons and large-capacity magazines that can hold more than 10 rounds. Due to legal challenges, neither bill ended up on the ballot.

This year, they think they have a better chance.

“We've had the time to go to the legislature, get these ready. We're ready to roll, and it's going to be powerful, it will be a bellwether for the nation,” Knutson explained.

The three initiative petitions filed by the group would regulate semi-automatic assault firearms. If passed, they would raise the minimum age to buy one to 21, tighten background checks, create a five-day waiting period on new purchases, and ban large-capacity magazines that hold more than 10 rounds.

The group said that while they are not against the Second Amendment, there is no need for assault weapons.

“It's really addressing weapons that do not belong on our city streets," Knutson said."They're weapons of war. Their only intention is to shoot lots of bullets, which can kill lots of people,”

The fear of school lockdowns and mass shootings is why Knutson said he got involved with Lift Every Voice Oregon. He said he has heard from too many young people who no longer feel safe at school.

“They're there to learn, not to be worried, so we want to end that,” Knutson said. “They've called out and as adults we need to respond. But they're the voices that are leading this. We're walking alongside them.”

At the service last year, about six people showed up to protest, saying they were worried their gun rights would be taken away. Sunday, KGW did not see anyone against the initiatives show up.