A group called Oregonians for Immigration Reform is collecting signatures to get a measure on the ballot to repeal Oregon's sanctuary state status. 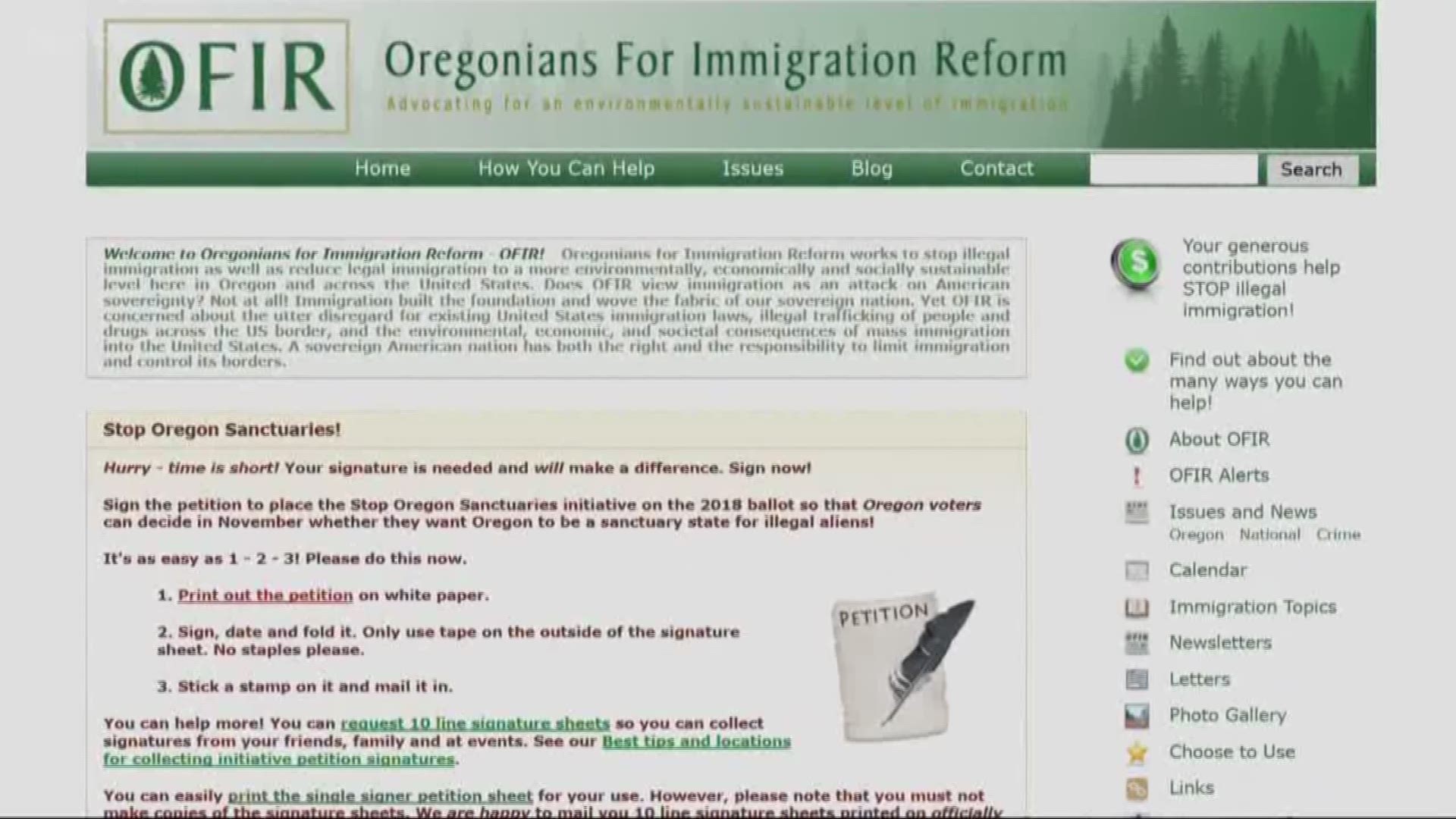 ALBANY, Ore. – While many are calling for changes in how illegal immigrants are being treated as they cross the border, others in more rural parts of Oregon disagree. Several people in Albany, said people need to come into the United States legally and that current immigration laws should be enforced.

"I'm sad about the protests,” explained Judy, who asked KGW to only use her first name. “I'm all for immigration, but I want it to be legal and I think that we have laws on the books that need to be enforced.”

“My great grandparents were immigrants, they came through Ellis Island from Italy, and even back then they had rules that they had to follow and I think legal immigration is what we need,” said Kathy, who also asked she only be identified by her first name.

A group called Oregonians for Immigration Reform echoed that sentiment.

"We're seeing right now this big hub bub about the issue of children being separated from their parents when they cross the border illegally, well, any time somebody breaks the law and they're incarcerated, they're always separated from their children,” said Jim Ludwick, a spokesman for Oregonians for Immigration Reform.

The group is also currently collecting signatures to get a measure on the ballot to repeal Oregon’s sanctuary state status.

“We feel we're on the path to collecting enough signatures,” Ludwick said. “We've got to get a little over 88,000. We think we're going to qualify and we are convinced if we qualify to get this on the ballot, we will prevail.”

The group would not say how many signatures it has collected so far, but believes it will be able to get enough to put Oregon’s sanctuary state status in the hands of voters.