Gov. Brown: Oregon in the middle of 'extreme fire event' as wildfires burn across the state

The governor invoked the Emergency Conflagration Act in response to four major wildfires burning in Oregon. 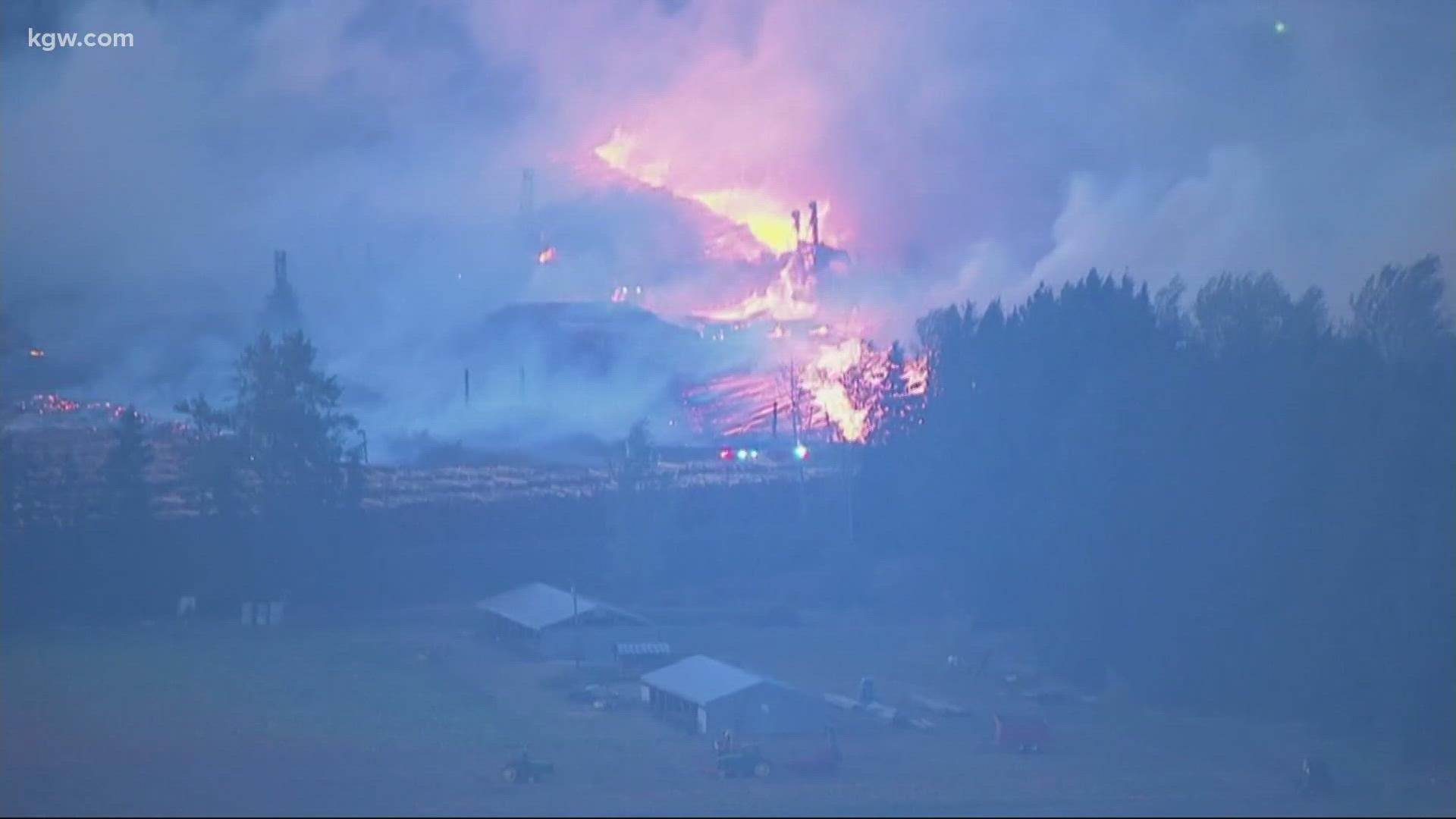 SALEM, Ore. — Gov. Kate Brown on Tuesday called the wildfires burning across Oregon "an unprecedented event for our state," and said thousands of Oregonians have evacuated their homes.

"We knew that Oregon was facing extreme fire danger due to unseasonably hot, dry temperatures," Brown said during a Tuesday afternoon news conference. "Unfortunately we now find ourselves in the middle of a 72-hour window of an extreme fire event consisting of several significant and growing fires across the state."

The governor called the combination of a cold front and extreme wind conditions across Oregon a "once-in-a-generation event."

"Fires will continue to spread due to high winds and continue to put Oregonians’ lives at risk," the governor said.

The governor issued the declaration in response to the Santiam Fire (the Beachie Creek Fire combined with several other fires in the area and was renamed the Santiam Fire) in Marion County's Santiam Canyon, the Lionshead Fire burning just west of Warm Springs and the Holiday Farm Fire burning in rural Lane County near McKenzie Bridge and the Almeda Fire in Jackson County.

The Santiam Fire grew rapidly Monday night and was over 131,000 acres by Tuesday afternoon, according to Chief Deputy State Fire Marshal Mariana Ruiz-Temple.

“Our focus quickly shifted from the fire itself to saving lives,” Ruiz-Temple said.

It was unclear Tuesday evening how many lives and structures had been lost in the Marion County fires. Ruiz-Temple urged any central or eastern Marion County residents who have not been notified of a Level 2 evacuation (get set) to consider themselves at Level 1 (get ready).

Brown urged anyone in evacuation areas to listen to their local authorities.

Multiple hospitals were preparing for potential evacuations, Brown said, as they also prepared for overflow patients from the fires.

The governor commended the decision by Portland General Electric (PGE) on Monday night to cut the power for 5,000 customers in a "high-risk fire zone" along Highway 26 from Alder Creek and Brightwood to Government Camp. The move was a first for the electric company. It took the precaution as a last resort to help protect people and property as high winds hit the area.

Brown said her leadership team is working to communicate with other utility companies across the state and encouraging similar shutdowns to prevent downed power lines from starting more fires.

“Our focus right now is on life safety. Getting people evacuated and supporting them,” said Brown. "In the coming days, there will be investigations. We will determine the cause of these fires."