A letter sent by the state of Oregon's Republican Party earlier this month is making national and international headlines for its inaccuracies. 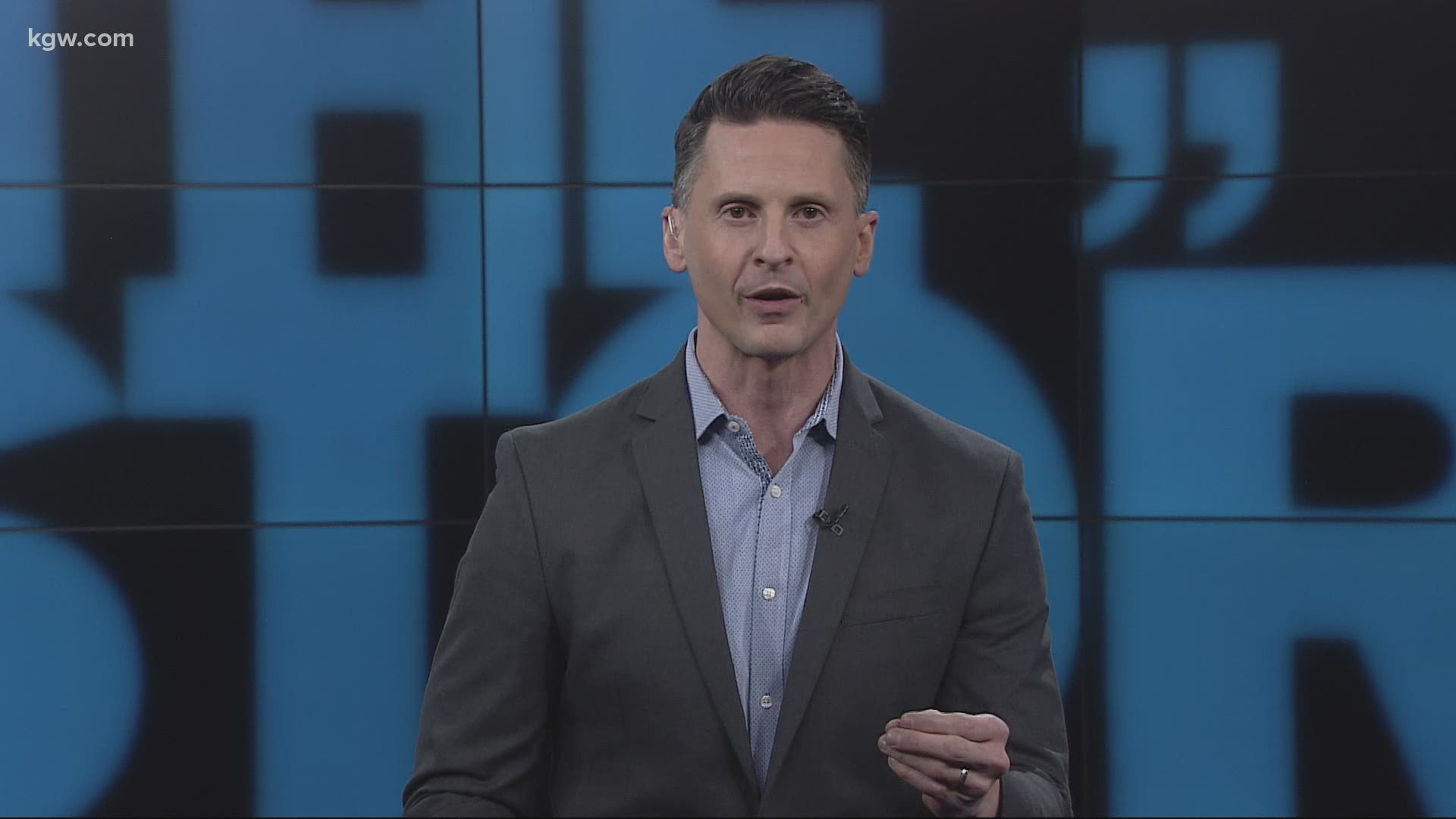 PORTLAND, Ore. — The official Republican Party for the State of Oregon released a letter earlier this month, calling the violent attack at the U.S. Capitol a "false flag" and condemning Republicans who voted to impeach Pres. Donald Trump.

The "resolution," which was peppered with inaccuracies, was released by the state's Republican Party on Jan. 19.

The party claimed there's "growing evidence" the violent protest at the U.S. Capitol on Jan. 6 was a "false flag operation designed to discredit Pres. Trump ... and conservative Republicans." There is no evidence to support this statement.

The letter went on to compare the storming of the Capitol to the 1933 Reichstag Fire, which Hitler and the Nazis used to take over Germany.

It also condemned the actions of 10 Republican legislators who voted in favor of Pres. Trump's impeachment, including Rep. Jaime Herrera-Beutler who represents Southwest Washington.

The letter also thanked new Rep. Cliff Bentz for voting against impeachment, and even applauded Democratic Rep. Kurt Schrader for initially referring to the impeachment as a "lynching." Schrader later voted in favor of impeachment and was forced to apologize for that statement.

"It's a bizarre strategy," KGW's political analyst Len Bergstein said. "I have no idea what is on their minds. This is one of those classic, 'What are they thinking?' There's general talk about the Republicans appealing in ever-larger numbers to an ever-smaller constituency. This seems to be part of that strategy that says, 'We need to hone ourselves down to the most ideological supporters, and that's going to be our strength,' as opposed to either dealing in truth or to a wider audience. It's absolutely nuts to talk about the assault on the Capitol as being a false flag operation. It's bizarre. It's out of bounds. It's not realistic thinking."

On Tuesday, KGW reached out to all Republican state legislators in the state of Oregon to see if they support the party's statement.

The next day, the House GOP Caucus released a statement trying to distance themselves from the party's letter, saying in part:

“There is no credible evidence to support false flag claims ... we are in a crisis and that crisis requires steady leadership and action, not partisan rhetoric. The election is over. It is time to govern."

On an individual basis, we've heard back from the following members:

As Bergstein pointed out, portions of the Republican Party in Oregon have veered toward supporting extremism and conspiracy theories.

Longtime Democrat Sen. Jeff Merkley was challenged in the November 2020 election by Republican Jo Rae Perkins, who has repeatedly said she believes in and supports the Q Anon conspiracy theory. Sen. Merkley won, but Perkins got 912,000 votes (nearly 40% of the vote).

Republican State Rep. Mike Nearman was stripped of his committee assignments after video surfaced of him letting armed, far-right demonstrators into the Oregon State Capitol on Dec. 21 during a Special Session. Various groups around the state are now calling for his resignation, and he's under investigation by Oregon State Police.

And on Jan. 6, 2021, as hundreds of armed protesters stormed the U.S. Capitol, Rep. Dallas Heard appeared at a protest outside the Oregon Capitol. He was seen not wearing a mask and rousing a crowd against the "enemy."

KGW has repeatedly reached out to Rep. Heard for comment about this incident but has never heard back.

In the weeks since that protest, Rep. Heard and another Republican legislator, Sen. Herman Baertschiger, have created a group called "Citizens Against Tyranny" in an effort to push back against COVID-19 safety regulations. According to reports, the group revealed the identity of two senior citizens who had filed complaints with state regulators who didn't comply with COVID regulations, calling them "filthy traitors."

RELATED: US Capitol rioters flaunt involvement in siege, about 150 charged