Oregon OSHA has opened an investigation after a man was found dead Saturday in a field in Marion County. 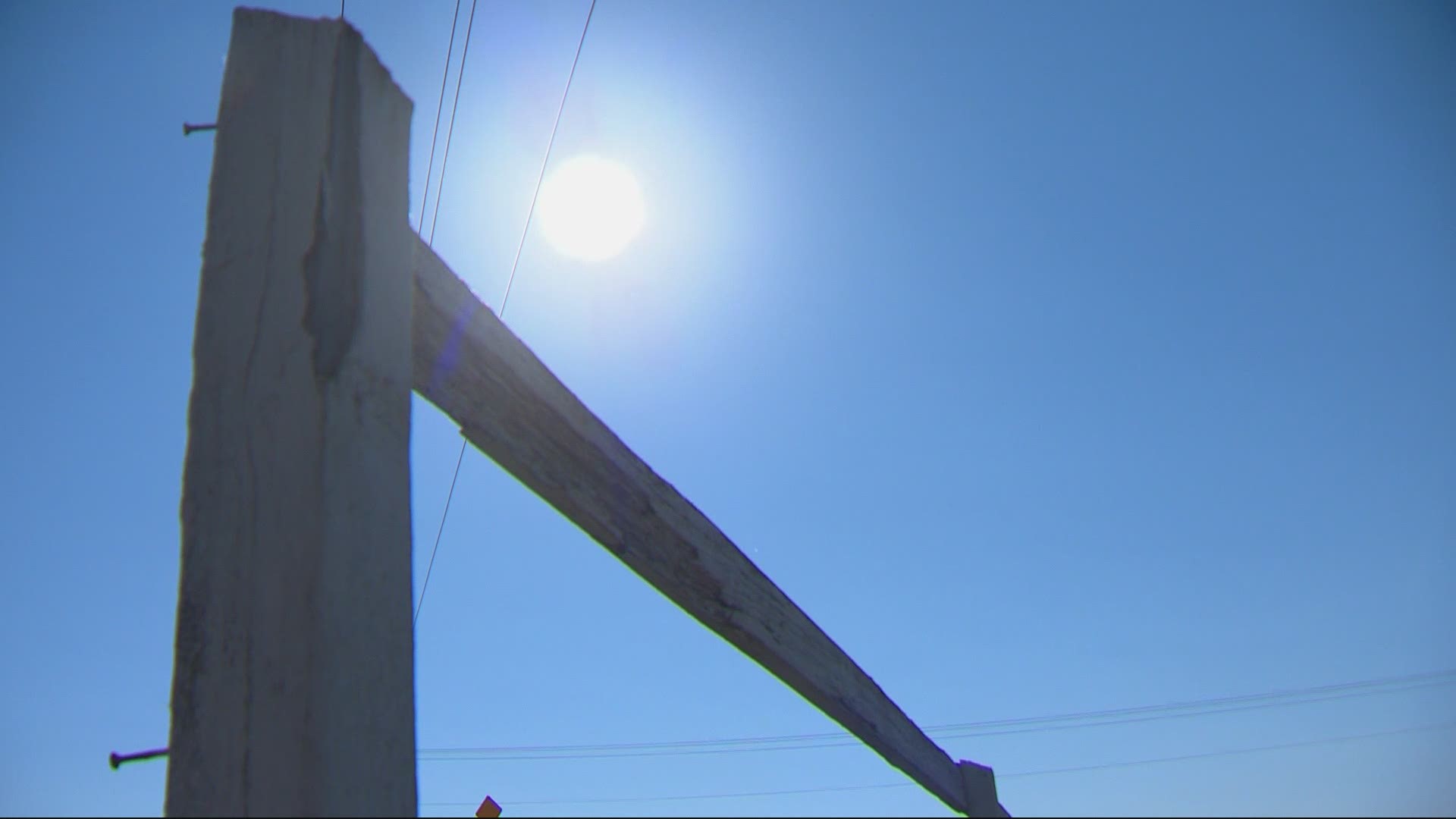 ST PAUL, Oregon — A farmworker died of heat-related causes while working at a nursery in St. Paul on Saturday, according to Oregon Occupational Safety and Health Administration (OSHA).

“I can confirm that we have open investigations with Ernst Nursery and Farms and Brother Farm Labor Contractor regarding this fatality,” said Oregon OSHA spokesperson, Aaron Corvin.

Corvin said details reported to the state indicated the employee who died was working on a crew moving irrigation lines. At the end of the shift, he was found unresponsive in the field.

The temperature in St. Paul reached a high of 104 degrees on Saturday as the Pacific Northwest saw a heat wave that brought record-high temperatures to the region. Officials said more than a half-dozen deaths in Oregon and Washington may be tied to the intense heat that began late last week, the Associated Press reported.

“We are not aware of any other fatalities that appear to be heat-related,” said Corvin.

Calls made to Ernst Nursery and Farms were not immediately returned.

The owner of Brother Farm Labor Contractor, which provided workers to the nursery, told the Associated Press that the man who died had just come to the U.S. from Guatemala a few months ago.

Corvin said Oregon OSHA's investigation should take three to four months, and will determine whether workplace health and safety standards were violated. Right now, the state has general workplace rules regarding heat. They cite the need for water, rest, shade and training.

Oregon OSHA is working with the Oregon Health Authority to draft more specific workplace rules aimed at preventing heat illness. It's in response to Oregon Gov. Kate Brown's call for all state offices to help mitigate climate change. The pandemic delayed the effort, but Corvin expects a formal rule proposal later this summer. In the meantime, he hopes all employers take what happened on Saturday, seriously.

"If you're looking at temperatures of 95 degrees and up, we would strongly recommend that you would postpone heavy labor," said Corvin. "That's a strong recommendation."