Many unemployment insurance claims filed a year ago are expiring, so people have to file new claims. 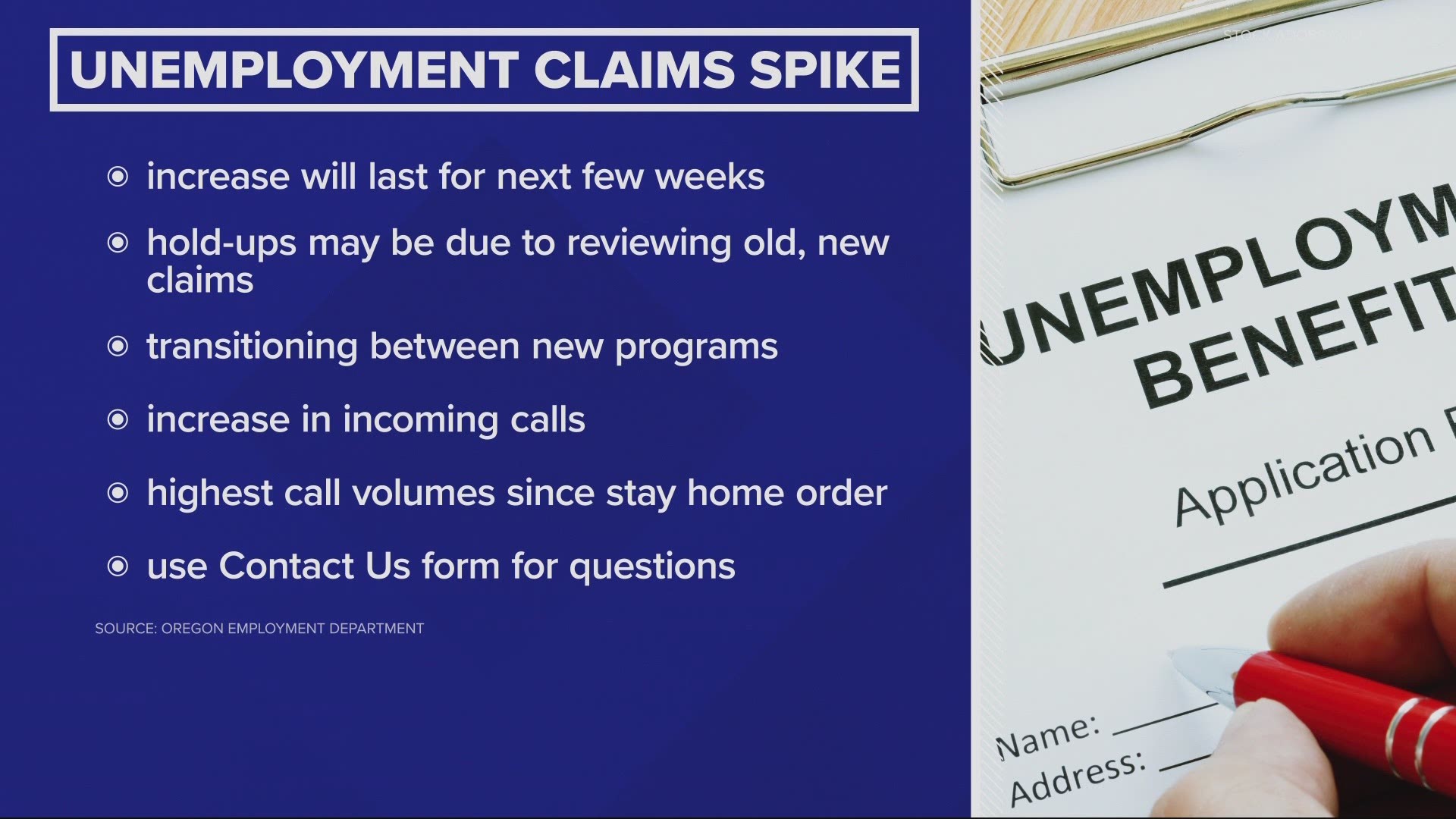 PORTLAND, Ore. — Tens of thousands of Oregonians are still out of work because of the pandemic. The Oregon Employment Department (OED) says it's now seeing a huge spike in new claims because benefits expire after one year and people need to reapply for regular unemployment insurance claims.

The overloaded employment department expects this increase to last for the next few weeks. OED says any hold-ups are likely because it has to review people's old and new claims.

The agency has an infographic on its website to help people through the process of understanding what to do when their regular unemployment insurance or Pandemic Emergency Unemployment Compensation (PEUC) claim expires.

The department's phone lines are still backed up and now more people are calling them. It's getting as many calls as it did after the first stay home order in Oregon.

The employment department asks that unless you have to talk to a specialist, use the Contact Us Form.