The DMV requires appointments for in-person visits, which are booking two months out. 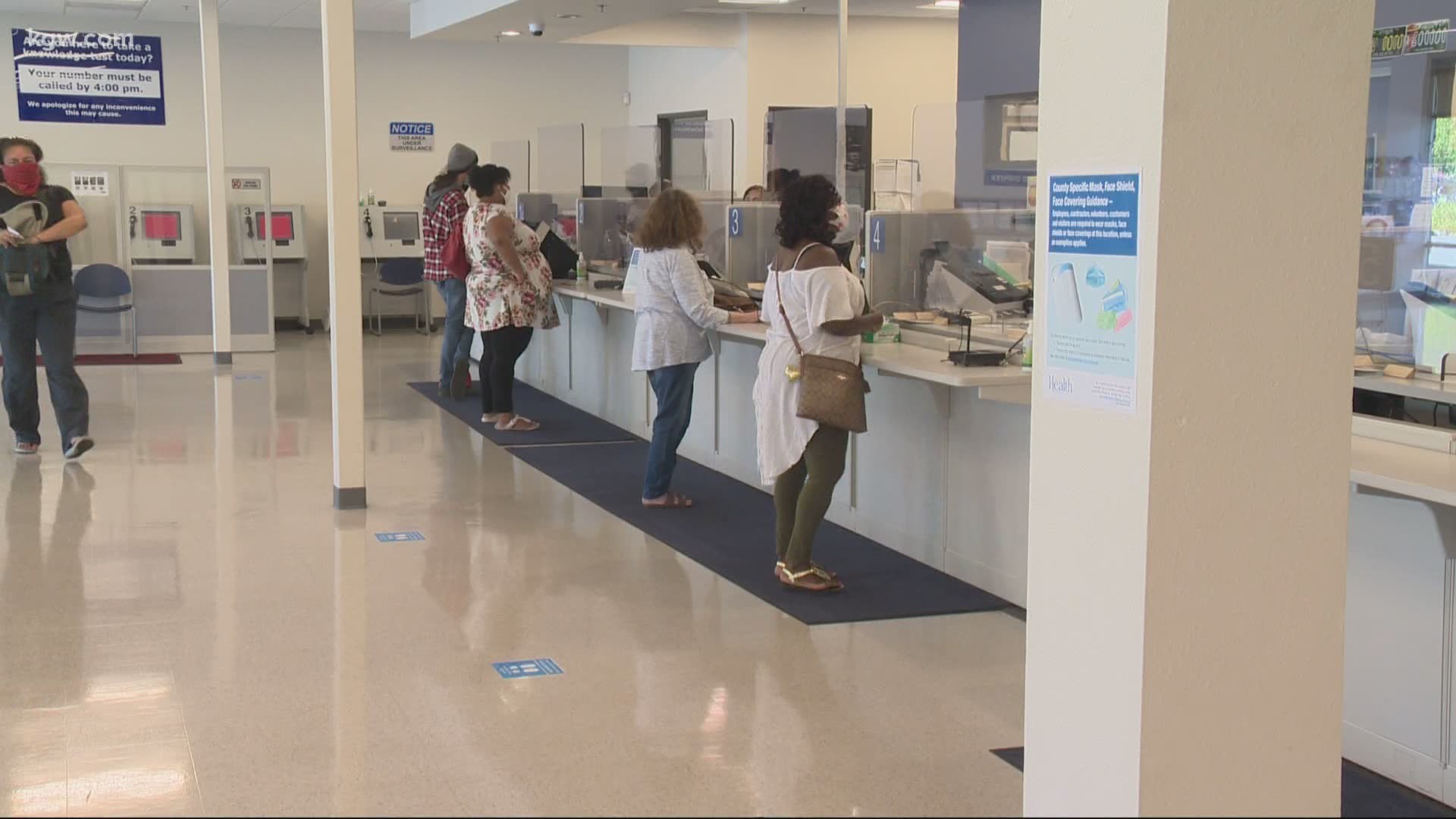 PORTLAND, Ore. — If you thought waiting in line at a DMV office in Oregon took a long time before the pandemic hit, it could take you months before you get an updated driver's license or ID card now.

When the Oregon DMV shut down in March for 10 weeks due to the COVID-19 pandemic, it created a backlog, totaling in the hundreds of thousands, of expired licenses, vehicle tags, registration and other driving-related items that couldn't be processed.

"At this time, we've never faced anything like this," said David House, a spokesperson for the Oregon Deparment of Motor Vehicles. "A blizzard, a wildfire might close an office for a day or two here and there, we've never had a statewide closure of this magnitude. Nothing even compares to it."

The state was able to process a limited amount of commercial driver's licenses during the pandemic to keep truck drivers on the road and moving goods.

Cam Sivesind, of Tualatin, had his license expire in May.

"My birthday was the end of May, so right when everything was in the throes of being closed down, DMV wasn't even open," Sivesind said.

He said he showed up to a DMV office in late June after they reopened and was not able to get in. That's because one of the new changes DMV implemented was an appointment-only based system.

"It doesn't bother me that much, I know they got a back log and they got to catch up," he said.

The state issued a moratorium in July that prevents a police officer from issuing a citation for certain driving infractions. That includes expired registration, tags, driving with an out-of-state license or a car purchased out-of-state and driven in Oregon among other things.

"In a typical year, we would issue, renew or replace lost or stolen driver's licenses ID cards, about 600,000 times a year. That ground to almost a halt for 10 weeks. So, you're looking at 100,000 just in that backlog. Our field offices can't handle that amount in one month in two months, in addition to people who are continuing to expire or needing to get their license or ID card renewed," House said.

He said it will take months for the DMV to catch up.

"This could take a year to catch up. It's really that huge of a backlog, something we've never, ever dealt with before. Nobody was prepared for the impacts of the pandemic," House said.

The DMV is looking to resume driving tests in the fall. Until then, those needing to take a driving test will have to use a private company. The department was also given permission to hire and train 16 more employees to handle the call volumes coming in.

But for those coming in to a DMV office, like Vera Lewis, of Portland, that had an appointment, the lines once inside are better than before.